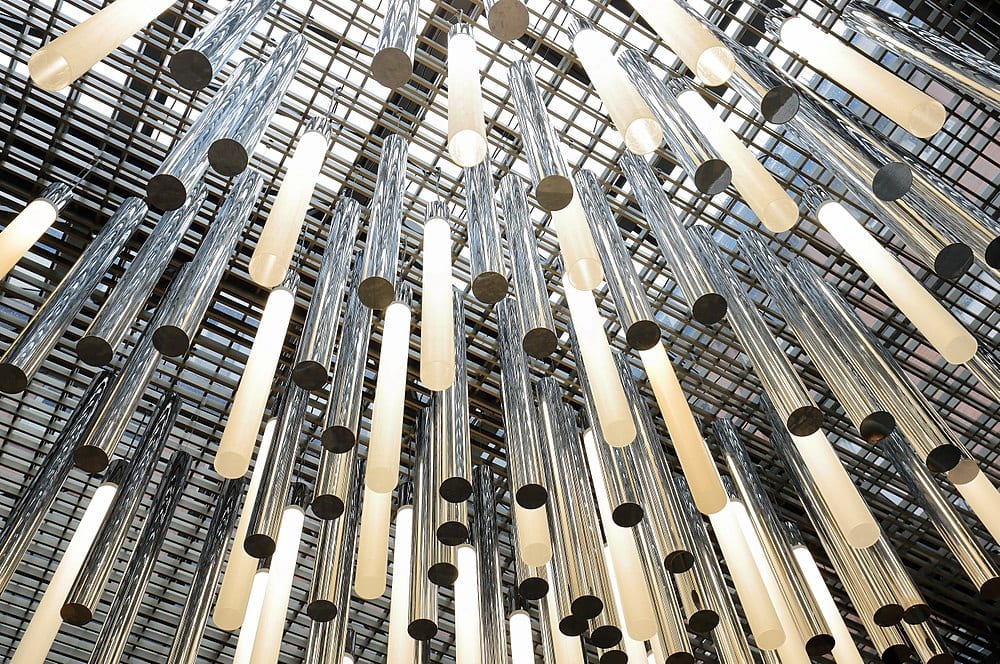 The Clean Tax Cut (CTC) project, first introduced to the world in these pages a little over a year ago, at the encouragement of our late, very missed publisher, Don Rieck, begins with the conservative idea that if you want more of something, tax it less. This once-commonplace notion, taken as a strategy for policy innovation, leads to the conclusion that ALL counterproductive barriers to clean capital can be profitably lowered, and should be torn down, since many clean entrepreneurs can now profitably reduce or eliminate waste, inefficiency and the catastrophic costs of pollution. As clean capitalists create wealth and jobs, they also help save the taxpayer, and the planet.

But clean capitalists can do even more, if we let them. To put it in the language of the first modern economists: Laissez-faire, les capitalistes propre! Increasingly counterproductive and unnecessary price subsidies, tariffs and other barrier-plagued policies should be replaced by free-trade via tax-free, barrier-free clean capital markets. By easing the heavy hand of government away from innovators who prevent disastrous public and private damages and costs, we can free the invisible hand of the market — for the good of nature and mankind.

Last November, Don and I spoke about the new barrier-busting solutions emerging from the CTC skunkworks. Understanding the win-win on offer for freedom, prosperity and the planet, Don asked that I lay these out, on the table, for the first time publicly, in the Spectator.

Here is one of the new policy options, available today, that Don wanted me sketch out for you:

By mutual agreement, these clean capital markets would trade privately-issued tax-exempt clean asset bonds, that would be tax-free to investors in any and all of the participating territories. This would vastly increase the pool of potential investors financing clean infrastructure, creating very large, very liquid clean capital markets. Unlike the strictly local, hence illiquid U.S. muni bond markets, tax exemption would NOT end at the border, but cross it. Removing such border barriers to tax exemption would attract far more out-of-state and foreign capital than what is available locally, to any one state or country.

This new policy solution (the focus of studies spearheaded by Columbia University and MIT researchers) now exists because of a sea change in the market. Clean solutions such as utility scale wind, solar, geothermal and energy efficiency have become increasingly competitive and profitable, unsubsidized — some in just this decade — with an often lower levelized cost of electric (LCOE) than conventional power sources.[1] No coincidence that new issuance in the green bond market has grown 7000% since 2012, fueled by this growing tech-driven profitability.

Clean Asset Bonds emerged from a charrette convened at Columbia University last March. CABs are corporate, bank or other privately issued bonds, where the assets deployed deliver a large reduction in waste or pollution (eg. a zero-emission power source). CAB interest would be tax-exempt (like municipal bonds) in recognition of the public benefit these assets confer in avoiding future massive public and private damages and costs, and in fair recognition that clean capitalists are overtaxed, in comparison to polluters, considering the costly damages they bring.[3]

The study of mechanisms like tax credits and private activity bonds (which create as many new barriers as they remove), led not only to CABs’ deliberate design that avoids creating new barriers to capital, but suggests that CABs would also have the greatest impact if deployed in markets that deliberately eliminate all other barriers to capital as well. Examples include: tariff barriers on clean technology and product imports; border barriers on tax-exemption that constrict investor pools; overly broad utility monopoly privileges that keep out beneficial competition by clean power providers; pension fund rules that blocks publicly beneficial tax-exemption on interest from flowing through to pensioners; or laws favoring powerful cronies and preventing citizens from competing, or even forming businesses, which rights abuses sadly plague many less developed and less free countries.

Even where ill-conceived tariffs have been placed on clean assets (such as the Trump solar tariffs, the exact opposite of a clean tax cut) such clean capital markets — even if only regionally implemented, e.g., at the state level — would help counteract the ill effect of such tariffs. Indeed, if both China and the United States dropped all price support subsides for solar and other clean technologies, and instead allowed borderless tax-free CAB financing for manufacture and deployment, if would level the playing field, cure any harm used to justify tariffs… and accelerate job growth, GDP and deployment of clean infrastructure in both the US and China.

Certainly, individual states, provinces or nations could lead on CAB implementation, going it alone. But the highest impact strategy would be to deploy these from the start with an intent to create the biggest possible regional (ultimately global) barrier-free clean capital market, therefore the biggest possible investor pool. Heads of state/government and legislators could lead using a strategy similar to that used to create regional carbon trading markets, while also appealing to conservatives and developing regions that would never adopt carbon trading, taxes or fees.

For instance, the Governor of California could say to the heads of state or government of Canada, Arizona, China, New York and Mexico:

“Let’s create an international, tax-free clean capital market, where companies, banks and private developers in California, Canada, New York, Mexico and Arizona can issue Clean Asset Bonds that will be tax-exempt to all our citizens. That means my 39 million people can all invest in tax-free green investments in your territories, and your combined population of over 1.5 billion can invest likewise on an equal tax-free footing in any of our countries. Let us also remove any and all other barriers, like tariffs or monopoly privileges for a few, that prevent our peoples from freely engaging in clean enterprise without borders. And we will make it an open market agreement, so that other nations, states or provinces can join in, easily, on an equal footing, to rapidly grow the clean capital market, to make it ever bigger and more powerful.”

As a rare opportunity to attract massive new investment, spread free-market institutions and laissez-faire ideas, while solving major environmental problems, this deal should be an easy YES.

[1] While not every solar and wind project is profitable, unsubsidized, when considering capacity factor and intermittency, the best sited and designed projects have been so for some years. The steep trend line towards lower costs, increasing competitiveness and profitability is undeniable. Energy efficiency has been a profitable investment for decades. While not always included in LCOE studies, when it is, it routinely comes in at a lower cost than any other energy source. See Lazard LCOE 9.0.

[3] The optimal tax rate, to maximize tax revenue net of pollution costs, is lower for clean enterprise than for polluters. As tax rates decrease, most enterprises enjoy dynamic growth effects, increasing taxable income. Clean enterprises also increase net revenue with pollution cost saving, while polluters, by contrast, shrink net revenue with higher pollution costs. This shifts the net revenue maximizing tax rate lower for clean enterprise vs polluters. Also, the optimal revenue maximizing tax rate is lower for debt than for equity. Average returns are higher on equity (US ROE 13.63%) vs debt (US ROD for corporate bonds: 4%). So a tax cut on equity costs 340% more right now than a tax cut on debt per dollar of investment. That means tax cuts on debt (vs equity) is a cheaper way to gain new investment, and that there is more investment per dollar of tax cut on debt. That increased investment delivers greater dynamic growth effects for debt than equity tax cuts. Doubly so, since tax cuts on debt also lower the cost of capital for owners, the equity holders, so increase ROE, and incent both debt and equity investment. Yet equity tax cuts have no such advantage for debt holders, so incent only equity investments. These combined effects mean that (a) the tax rate maximizing revenue net of pollution costs should be significantly lower for CABs than for most equity investments; and (b) CABs are potentially more cost effective than most other incentives. That hypothesis, and its component parts, deserves testing and empirical verification.

[5] The CTC working group deliberately set out to find optimal policy levers. Perhaps it should be obvious that an efficient target for policy leverage is, well, leverage itself… financial leverage, a.k.a. debt. This also suggests that other kinds of leverage (e.g., bank capital requirements) might be usefully explored.