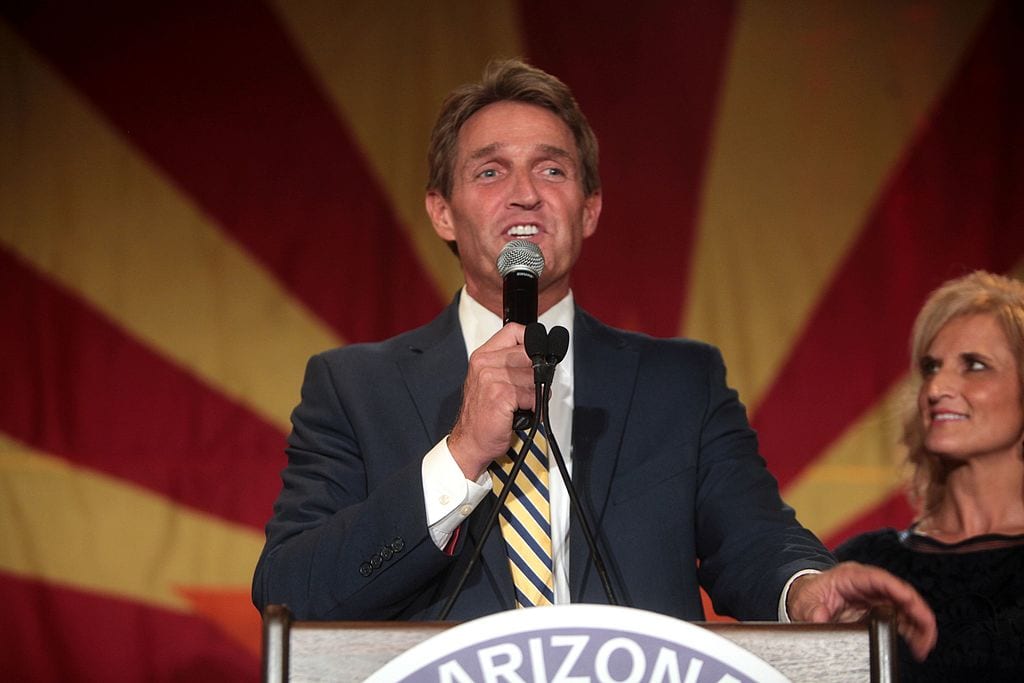 Key GOP Senators who have tried to give Christine Blasey Ford the benefit of the doubt are losing patience. She keeps moving the goalpost concerning what she wants done about her claim that SCOTUS nominee Brett Kavanaugh sexually assaulted her 36 years ago. In fact, her July letter to Democrat Dianne Feinstein outlining her accusations has yet to be shared with Judiciary Committee Chairman Chuck Grassley. He issued yet another formal request yesterday.

But Senator Feinstein and Dr. Ford have been playing games from the start and aren’t likely to stop. When they finally revealed the existence of the letter and asked that it be considered before the vote on Judge Kavanaugh’s confirmation, Ford insisted on remaining anonymous. When the gross inequity of that was pointed out, her attorneys claimed she would testify before the committee. Yet when the committee invited her, Ford’s lawyers moved the goalpost again:

While Dr. Ford’s life was being turned upside down, you and your staff scheduled a public hearing for her to testify at the same table as Judge Kavanaugh in front of two dozen U.S. Senators on national television to relive this traumatic and harrowing incident.The hearing was scheduled for six short days from today and would include interrogation by Senators who appear to have made up their minds.…

There are three false assertions in this single passage: First, she was offered the choice of testifying in a private session, where she wouldn’t be subjected to television coverage. Second, no one has ever insisted that she sit at the same table with Judge Kavanaugh. Finally, not a single GOP member of the Judiciary Committee has said anything that could reasonably be interpreted as indicative of a preconceived judgment. Yet the letter includes the following demand:

As the Judiciary Committee has recognized and done before, an FBI investigation of the incident should be the first step in addressing her allegations. A full investigation by law enforcement officials will ensure that the crucial facts and witnesses in this matter are assessed in a non-partisan manner, and that the Committee is fully informed before conducting any hearing or making any decisions.

Chairman Grassley immediately replied: “It is not the FBI’s role to investigate a matter such as this.… The FBI does not make a credibility assessment of any information it receives with respect to a nominee.” Ford’s incredibly presumptuous demand also drew criticism from legal scholar Jonathan Turley, of George Washington University, who wrote, “Conditioning testimony on a criminal investigation by a federal agency is well beyond the province of any witness.”

Meanwhile, GOP Senators who are more than willing to let Ford tell her story are clearly beginning to wonder why she keeps stalling. Arizona Senator Jeff Flake was among the first to suggest a delay so she could be heard, and was roundly criticized for caving so quickly: “Flake is a never-Trumper.… Flake has elevated his hatred for our president over every principle of politics and public policy.” Ford left the Senator with egg on his face which he has tried to clean off thus:

When Dr. Ford came forward, I said that her voice should be heard and asked the Judiciary Committee to delay its vote on Judge Kavanaugh. It did so. I now implore Dr. Ford to accept the invitation for Monday, in a public or private setting.

Another Senator who stuck his neck out to give Kavanaugh’s accuser a break was Tennessee’s Bob Corker, but she and her lawyers have also left him twisting in the wind. And he is none too happy about being made to look like an idiot (admittedly this is not a terribly difficult undertaking). Senator Corker now says that, if she isn’t there on Monday for the hearing that has been arranged for her convenience, the train will have to leave the station without her:

After learning of the allegation, Chairman Chuck Grassley took immediate action to ensure both Dr. Ford and Judge Kavanaugh have the opportunity to be heard, in public or private. Republicans extended a hand in good faith. If we don’t hear from both sides on Monday, let’s vote.

The delicious irony associated with the craven positions taken by Senators Flake and Corker is that they get zero thanks for their efforts because they possess Y chromosomes. As Senator Mazie Hirono of Hawaii put it, “I just want to say to the men in this country: Just shut up and step up.” One is not entirely sure how this sophisticated line of reasoning is going to work on Maine Senator Susan Collins who also has concerns about Ford’s ever evolving positions:

I hope that Dr. Ford will reconsider and testify before the Senate Judiciary Committee on Monday. It is my understanding that the Committee has offered to hold either a public or a private session, whichever would make her more comfortable.

This is deadly for the credibility of Ford and her supporters. Senator Collins cannot credibly be accused of being unsympathetic to the concerns of women in Ford’s position, and it’s a good bet she isn’t encumbered with a Y chromosome. Collins is also on record as saying, “I think it’s not fair for Judge Kavanaugh for her not to come forward and testify.” If Christine Blasey Ford has lost Collins, she’s done. Meanwhile, Chairman Grassley has given her a deadline:

The Senate Judiciary Committee has extended invitations to Dr. Ford and Judge Kavanaugh to testify on Monday, September 24. They have until this Friday at 10:00 a.m. to let us know whether they are coming.

Judge Kavanaugh has, of course, accepted the invitation and is anxious to deny under oath that he has ever done anything resembling the behavior described in Ford’s lurid tale. If his accuser fails to meet the deadline, or Feinstein continues to withhold the letter that launched this farce, the Monday hearing will be canceled and the Judiciary Committee will hold a vote the next day. Let the Democrats continue to bray. It’s time to confirm Kavanaugh to the Supreme Court.