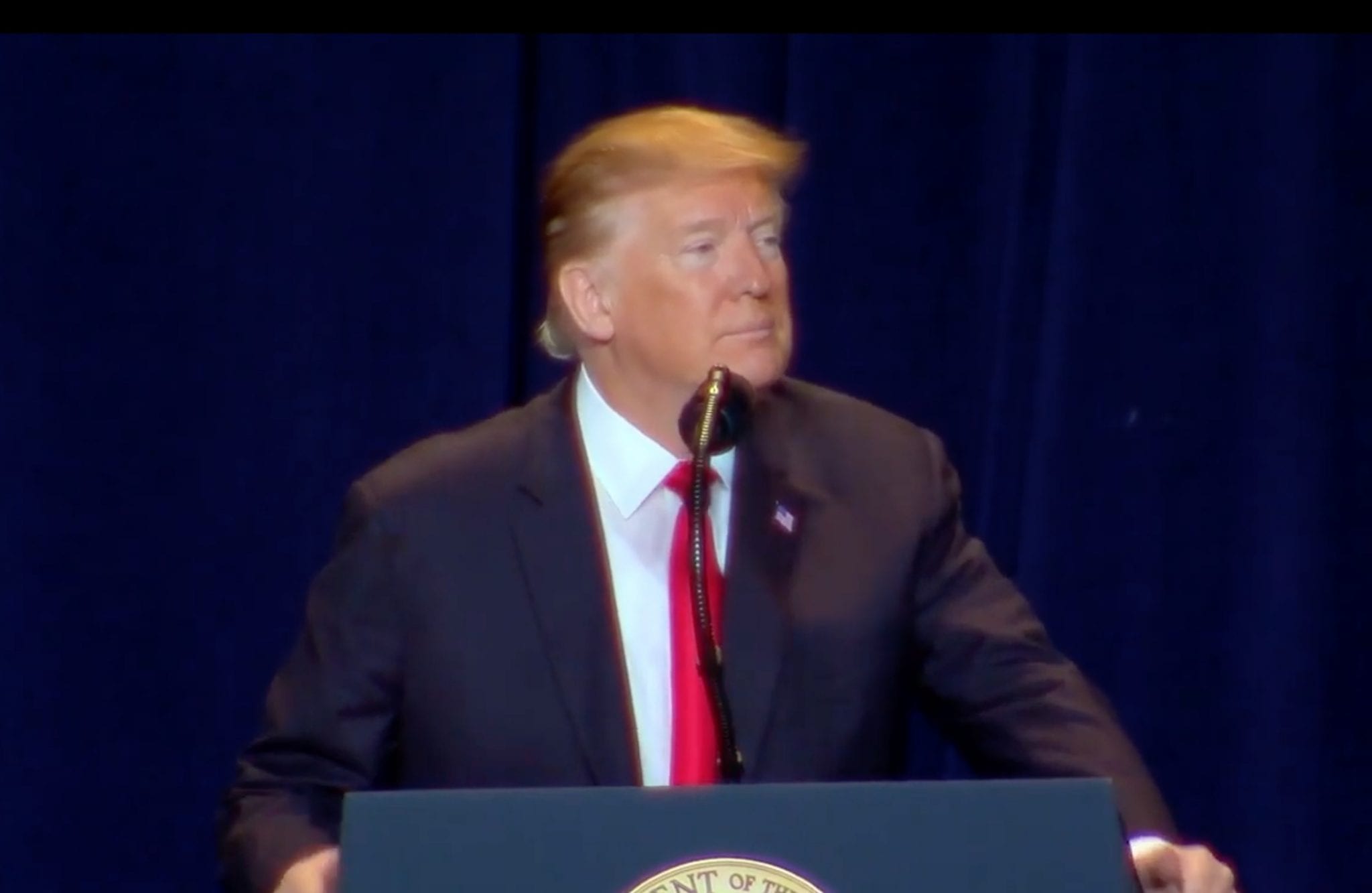 In 2016, critics of Trump warned his Christians supporters that as president he would revert to his secularist New York roots. He hasn’t. The confidence the religious right placed in him has been largely vindicated. He has turned out to be the most reliable defender of religious freedom since Ronald Reagan.

Barack Obama had spent his presidency marginalizing Christians in his quest to “fundamentally transform” the country. Had Hillary won, she would have intensified that assault. Trump has given Christians some breathing room in the culture war, as evident in his remarks during last week’s National Prayer Breakfast. He made a point of defending the Vice President’s wife, Karen Pence, who has been attacked for simply teaching at a Christian school blacklisted by the LGBT movement.

Trump also spoke strongly in defense of the pro-life movement. “All children, born and unborn, are made in the holy image of God. Every life is sacred and every soul is a precious gift from heaven,” he said. “I will never let you down. I can say that. Never.” The frequency with which Trump speaks on abortion has rankled the media, which had hoped he would go soft on the issue like other moderate-leaning Republicans. Instead, Trump speaks about it directly and without apology. He devoted an important passage of his State of the Union address to the subject: “Lawmakers in New York cheered with delight upon the passage of legislation that would allow a baby to be ripped from the mother’s womb moments before birth. These are living, feeling, beautiful babies who will never get the chance to share their love and dreams with the world.”

Trump shows far more reverence for the basic tenets of Judeo-Christian culture than those who have cast him as the callous, amoral plutocrat. His common sense and patriotism lead him to show a respect for America’s theistic traditions and he recognizes that America’s decline is tied to straying from them. He speaks about God in an uncomplicated manner, with far less hedging than modern churchmen. To Trump, it is obvious that rights come not from government but from God. The whole secularist project, consequently, makes no sense to him and he has no qualms about letting Christians live on their own terms without government harassment.

Under Obama, the Justice Department and Health and Human Services routinely harassed the religious. Now those agencies have adopted specific policies to protect them. “The sun is shining right now in America when it comes to our First Amendment freedoms,” Tony Perkins of the Family Research Council has said.

The State Department has also undergone a major transformation. As Secretary of State, Hillary Clinton had brought in the NARAL crowd to push abortion rights around the world. Now social conservatives like Sam Brownback work there. Yet the media still pretends not to understand why the religious right supports Trump. Articles continue to pour forth about the impropriety of the alliance. But it reflects the prudence of conservative Christians, who see in Trump an obvious protector. Since when has imprudence been a virtue? Why are Christians obligated to surrender to the other side? They shrewdly placed their bet on Trump and won. Had they placed it elsewhere, they would be in Hillary’s crosshairs at the moment.

Many Republicans, supposedly far more “respectable” than Trump, turned out to be unreliable defenders of the religious right and would often subject Christians to lectures about “adjusting to the times.” Trump has refrained from that kind of brow-beating. He doesn’t join the PC mob in calling them “intolerant.”

His most enduring contribution to the defense of religious freedom is likely to come in the form of an improved judiciary, upon which he has placed a significant number of originalists. This last week on the Supreme Court we saw a Bush appointee, John Roberts, vote to block a pro-life Louisiana law while Trump’s appointees, Gorsuch and Kavanaugh, voted to let it go forward — a reminder of why the religious right lost any confidence in the establishment GOP and was willing to give Trump a chance.

The secularist forces continue to gather strength around the country, but Trump has undeniably bought Christians some time. They needed a Constantine and he emerged as one.