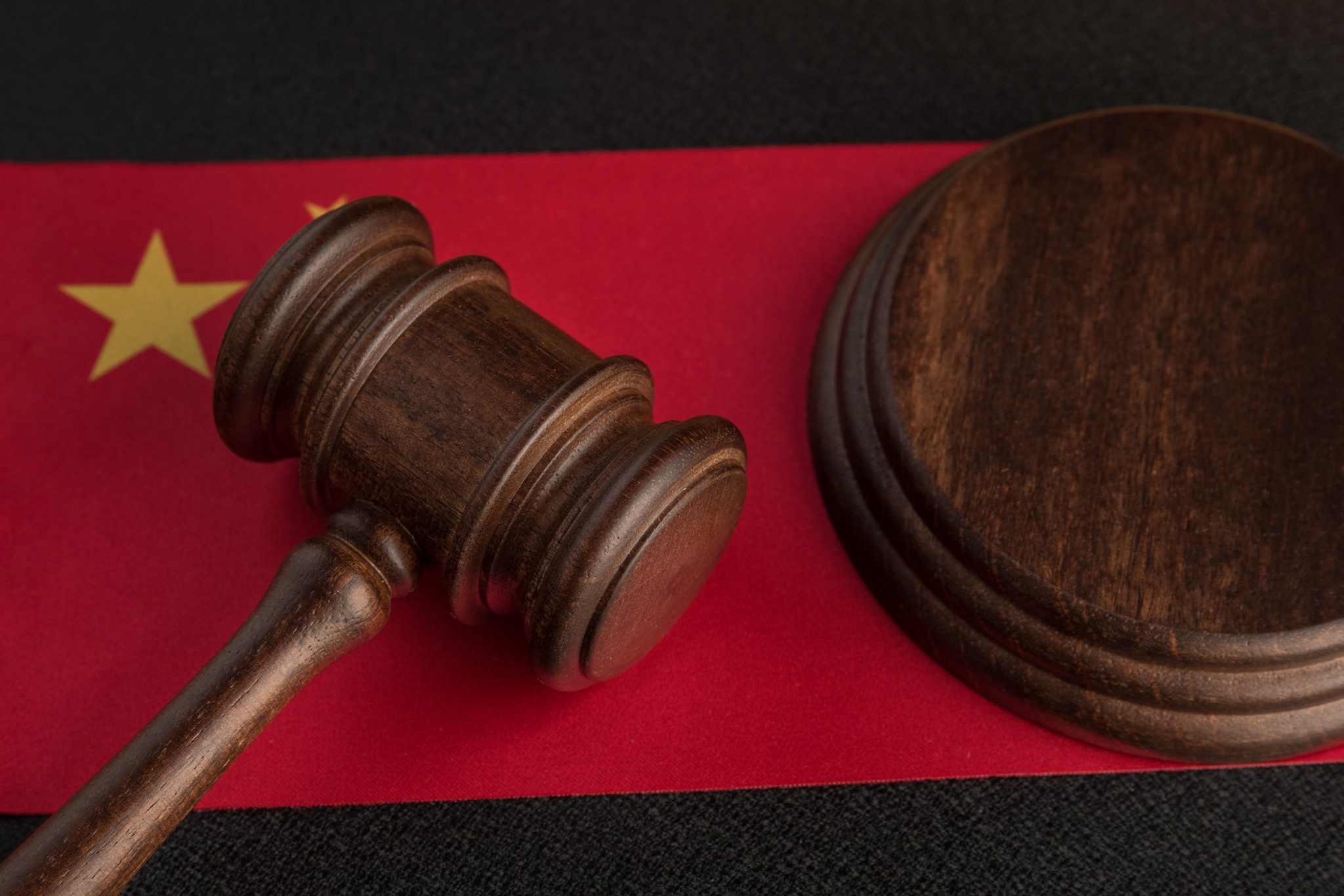 As things stand, there are two clear realities regarding the Chinese government’s culpability for the COVID-19 pandemic.

The first is that China shoulders a large part of the blame for the ongoing disaster. Its slow, opaque response in the initial stages of the outbreak likely cost the world several weeks of confusion and inaction at a crucial time, according to a report last year by the Congressional Research Service. Whether the government could have prevented the virus from ever leaving Wuhan will always remain a matter of speculation, but there is little doubt that its misconduct early on has since snowballed into countless unnecessary deaths.

With the lab leak origin theory roaring back into respectable mainstream opinion, Beijing now stands credibly accused of a triple serving of recklessness: creating the virus in the first place, allowing it to escape, and then doing nothing while it rampaged through the local population.

The second reality, made all the more frustrating by the first, is that Beijing appears to have successfully escaped accountability. Sure, its reputation took a hit, but this has yet to translate into abnegated treaties or any serious economic repercussions beyond what was already in motion.

The best time to exact punishment is now. Just like with the 2008 milk adulteration scandal in China, memories are short and passions are fleeting. Beijing’s capacity and willingness to muddy the waters has also grown substantially in the past decade. The world may soon return to business as usual — until the next catastrophe rears its head.

Congress has overwhelmingly demonstrated that it lacks the appetite for a legal confrontation with the People’s Republic.

So why have America’s leaders done nothing substantial to retaliate? The main reason is that doing so would accelerate the onset of a bifurcated world. Washington clearly finds this possibility unthinkable.

Take lawsuits, for example. Of all the avenues for seeking redress, they are the most natural fit for the pandemic specifically. Individual Americans or organizations could seek damages for deceased family members or medical bills, without the degree of politicization that the direct involvement of the federal government would bring.

Many members of Congress have sought to open this avenue for Americans. The latest attempt was made this week by New Jersey Rep. Chris Smith, who has repeatedly antagonized the Communist Party. Smith’s effort follows two similar proposals by Texas Rep. Dan Crenshaw, as well as an unsuccessful initiative by Missouri Sen. Josh Hawley early last year.

All of these attempts have sought to open the floodgates to lawsuits against the Chinese government by tearing down the single biggest obstacle: China’s protection under the 1976 Foreign Sovereign Immunities Act (FSIA). Under the act, federal courts are deprived of jurisdiction over civil suits brought against foreign sovereign entities. Exceptions exist but are narrowly focused on commercial activities by the offending state, which would have little to do with China’s handling of COVID-19. Stripping China of FSIA immunity would therefore be the necessary first step to suing it.

What China hawks in Congress have yet to address, however, are the many, many other hurdles in place. A foreign state without immunity can still lay down a veritable minefield of legal obstacles, such as the doctrine of forum non conveniens, with which China could argue that American courts are inappropriate venues for suits relating to China, or the act-of-state doctrine, on whose grounds American courts have no business judging the decisions of foreign governments.

An American plaintiff would have to navigate all of these barriers, likely a multi-year process, and only then be able to argue the actual merits of their case. And even if they could convince a judge that China’s actions bear more responsibility for the state of the pandemic in America than the actions of the American government, that wouldn’t be the end of it. Making good on any damages awarded would be its own legal fiasco.

It all sounds like a headache — and it is. Yet American leaders could do much to clear the path if they wished to. They did exactly that in the case of an ongoing lawsuit against Saudi Arabia. In 2016, Congress overrode a veto by President Obama to pass the Justice Against Sponsors of Terrorism Act, which made Saudi Arabia vulnerable to cases brought against it relating to its role in the September 11 attacks. Five years later, the case is still slowly making progress.

By voting down similar attempts to strip China of sovereign immunity, however, Congress has overwhelmingly demonstrated that it lacks the appetite for a legal confrontation with the People’s Republic.

The reasons are fairly obvious. Saudi Arabia, being under the political and military influence of the U.S., is unlikely to retaliate against minor perceived infractions by its superpower ally. China, by comparison, is a much more dangerous target. Its near-peer competitor status, combined with its diplomatic strategy of forceful retaliation, means that any move by the U.S. can and will be reciprocated. There are hundreds of billions of American assets within Chinese jurisdiction that could be “awarded” as damages. Moreover, any weakening of sovereign immunity could spiral into an international free-for-all. No doubt Beijing would try to enlist sympathetic governments, many of whom have no shortage of grievances against the West, to bombard the U.S with lawsuits.

America accepts the imperfect legal status quo precisely to avoid such a headache. Ending it would go beyond decoupling. It would be a rupture — a calamitous splitting in two of the post-Cold War world system.

It could be done, theoretically speaking. But it would step on too many toes ever to happen. For example, there is more American investment in China than vice versa, and therefore more for China to plunder; most of corporate America would be loath to see a conflict get to that point, or even close to it.

This desire to prevent bifurcation restrains America’s ability to punish China through other means as well. Take, for instance, the possibility of ceasing interest payments on the trillion-plus dollars of American debt held by China, as de facto reparations for the damage caused by COVID-19. According to legal experts, the U.S. could technically justify the cancellation of debt on the grounds that China violated treaty obligations with its misleading messaging in the initial stages of the pandemic.

The fact that the move could be legally justified, however, does not mean that most of Washington would be willing to go along with it. Against a weak and easily isolated economy like Iran, it might work. But China is actively attempting to build a parallel international financial system to rival the dollar. America reneging on 13 digits’ worth of debt would shake its reputation as the world’s best debtor and accelerate China’s plans. Sympathetic allies such as Japan and Australia could be willing to overlook the move, but what about ambivalent countries in Southeast Asia, Africa, or Eastern Europe, that China is attempting to bring into its sphere? In any case, Washington is unwilling to make the gamble.

For another perspective on how difficult it would be to extract concessions from China, just ask Mike Pompeo. The former secretary of state was the biggest China hawk in the Trump administration. Freed from his roles in the executive branch, you would expect Pompeo to hone his barbs against Beijing, now that he no longer has to worry about accidentally contradicting official U.S. policy.

But you’d be disappointed. In an op-ed published last week in the Washington Post, Pompeo demanded “punishment” against China by a “Biden-led coalition.” The piece hits the right rhetorical notes but little else. It calls for “leading democracies” to “act together” to facilitate a “strong response” consisting of “calibrated unilateral and multilateral measures” against Beijing. For a newly minted policy institute fellow, Pompeo’s suggestions are light on actionable specifics.

Perhaps the reason why is because Pompeo, Biden, and most of Congress struggle to even conceive of the U.S. reneging on its role in the global financial and legal system, even temporarily and to penalize an adversary. The collateral damage that would come from seeking reparations from China for COVID-19 stays Washington’s hand.

Changing this calculus will take a years-long process of gradual decoupling. It will mean letting the passions of the present moment pass, though not the memory or the lessons learned. America must continue the process of gradually shedding its integration with the Chinese economy.

It will mean, in other words, recommitting to President Trump’s China strategy, from long before the pandemic began, of low-intensity confrontation and patience.