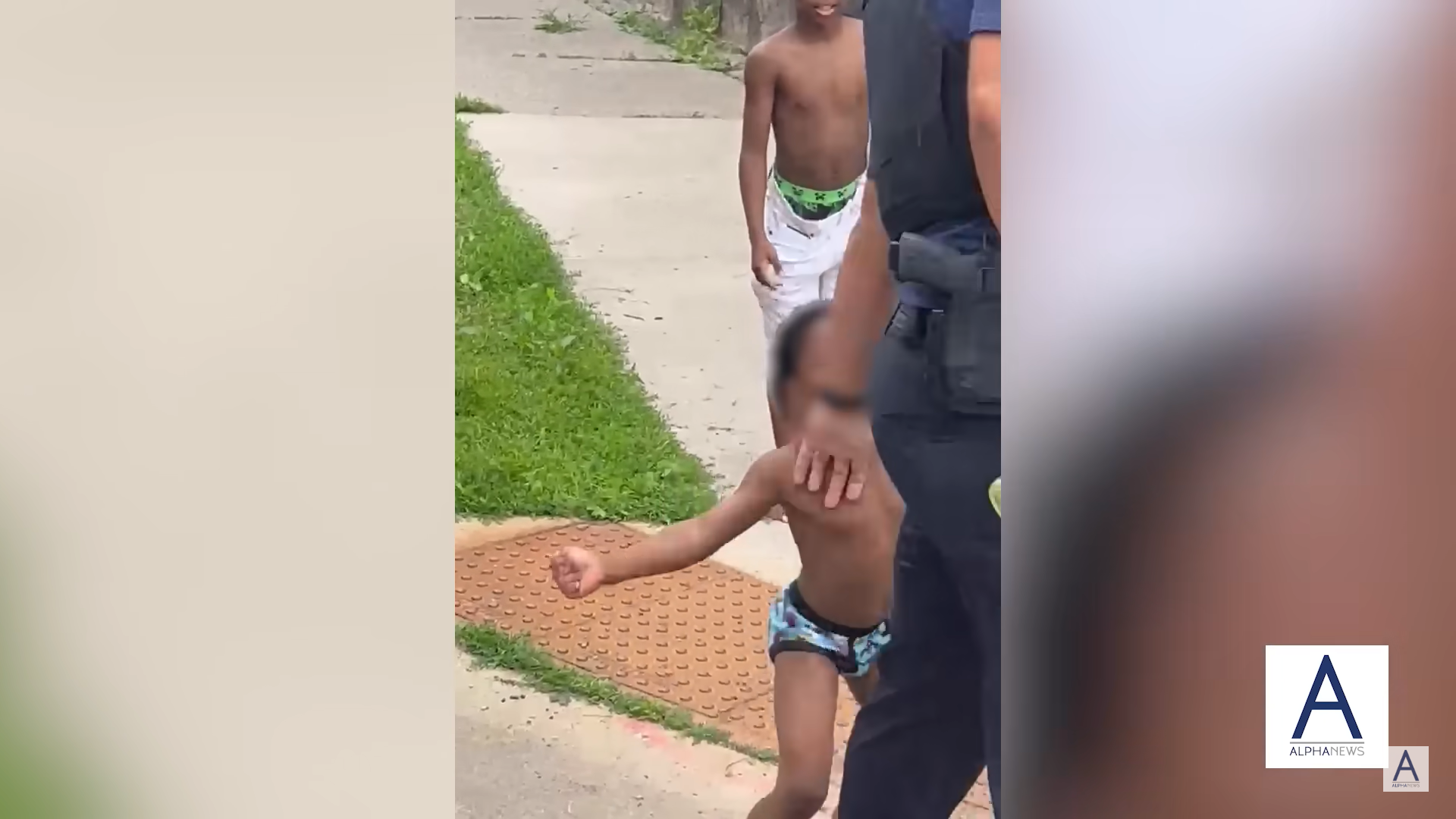 A video has emerged in Minneapolis showing a preschool-age child striking and swearing at a pair of Minneapolis police officers while egged on by an adult bystander.

In the video released by Alpha News on July 10, an underwear-clad child screams, “Shut up, b****!” before punching one of the two police officers. The child says again, “Shut up, b****!” before accusing the officer of “pushing around a little kid.” The officer did not push the child or lay hands on him. The child then screams at the cops to “Shut the f*** up!” He also shouts that the officer is wearing “ugly-ass church shoes.”

A bystander can be heard encouraging the child in his behavior, telling the child to “flame his ass, his deep-fried Oreo-head ass!” “Oreo head” is a common racial slur that implies a black person is really white on the inside. The child spouts one more “Shut up, b****!” for good measure before striking the officer twice more, once while the officer’s back is turned.

The video, part of a longer, unreleased two-minute clip, was filmed as officers were executing a search warrant for a murder suspect. During this time, children also threw rocks at the police.

The video suggests the anti-police sentiment witnessed during the 2020 riots has become acceptable even among young children. With such ingrained anti-police sentiment and wide acceptance of violence toward law enforcement, it can only be expected that the surge in murders and other violent crime that began following George Floyd’s death will continue.