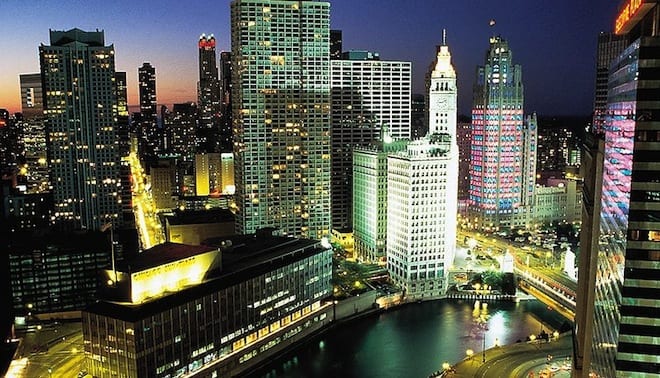 The pension situation has gotten so dire in Chicago that the city is considering stabilizing its retirement systems by financing bonds.

Chicago has – tell us if you’ve heard this one before – taken hits to its credit rating, resulting in higher borrowing costs, because of its unfunded pension liabilities and constant budget deficits.

“I’m at a point where I feel like we need to look at [borrowing options] seriously and see whether or not there is a financing plan that would meet the kind of objections the mayor would have, our council would have, the ratings agencies would have,” said the city’s chief financial officer, Carole Brown.

Michael Sacks, a member of Chicago Mayor Rahm Emanuel’s economic council, had previously proposed the idea of issuing bonds on $950 million in city revenue to raise about $10 billion for the city’s retirement plans, which would increase the funded ratio from 26 percent to 54 percent. That means that at the present, the city lacks three quarters of the money and benefits that has been promised to its retirees.

Chicago’s overall budget deficit is looking better than in previous years. The city’s recently released annual financial analysis forecasts a deficit of about $100 million in 2019. Chicago-based financial watchdog Truth in Accounting points out that these are merely projections – and the results will arrive later in the form of audited annual financial statements.

“These fiscal forecasts have been improving in recent years, as stressed by [Emanuel], at least in the sense that the projected deficit has been declining,” wrote Bill Bergman, director of research at Truth in Accounting. “But in the end, a deficit is still a deficit.”