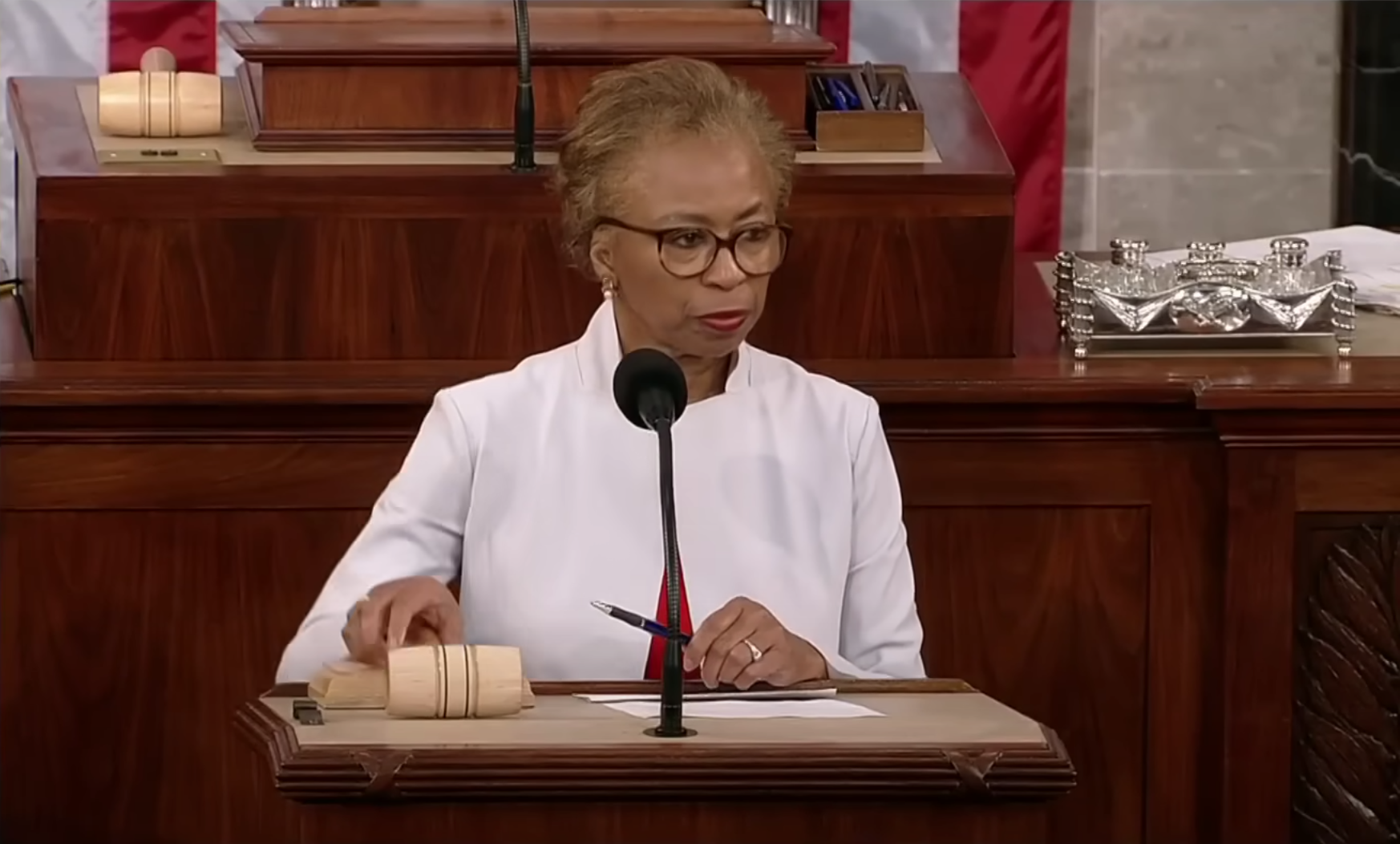 The nod of greatest speaker of the House in United States history goes to Cheryl Johnson.

Okay, well, technically she goes by the title “clerk” rather than “speaker,” and she merely presides over the House in lieu of an actual speaker. But she plays the role as members, after 11 ballots (and counting!), cannot reach a majority on a replacement for Nancy Pelosi. And in just the last week, the greatness of the woman now banging the gavel eclipses Henry Clay, James G. Blaine, Sam Rayburn, and Newt Gingrich combined.

“We have one-third of Washington at a standstill,” Kellyanne Conway explained on Fox News Thursday. She said it as though a bad thing.

Compare the accomplishments of the Limbo Congress — the one between the 117th and the 118th — to the last Congress.

This House did not impeach a private citizen, vote to make Washington, D.C., a state, or pass an Inflation Reduction Act that boosts inflation, an American Rescue Plan that ensures that the American economy needs rescue, and a $1.7 trillion omnibus bill that put the omni in omnibus.

Instead, as Cheryl Johnson’s website, which tracks such matters, notes, the current session boasts zero measures passed and zero measures introduced. It turns out that when the House of Representatives finds itself stuck in a Groundhog Day loop of voting for the same office without resolution, it cannot tax, spend, borrow, or add layers and mazes to the Byzantine federal code.

So why the rush to rescind her rule?

Rep. John LeBoutillier once likened Speaker Tip O’Neill to the federal government: “fat, bloated, and out of control.” The svelte Ms. Johnson embodies the streamlined nature of the Limbo Congress Era, a new but hopefully long age in American history. A preacher’s daughter who received her bachelor’s degree from the University of Iowa and juris doctor from Howard University, she worked for two decades on the Hill before spending a decade working for the Smithsonian Institution. This week, as members bickered, she figuratively and literally appeared above it all on the rostrum.

Strangely, the reward the clerk receives for her greatness in office comes when the majority, presumably a coalition of Republicans, replaces her in a nod to patronage rather than merit. Yet, the clerk presiding over the House achieved Republican goals more effectively than the Republican appointee who replaces her.

Flummoxed Republicans in the majority of their caucus wonder what the antis want after acceding to demands without receiving Kevin McCarthy votes in exchange. They confuse the opposition’s ends for its means.

What is their aim? Smaller government. They achieved that, if for a few days, in stopping the assembly line of big government. They make cars in Detroit and motion pictures in Los Angeles. In Washington they make bureaucracy — at least they did until 20 or so members of Congress went on strike. Like government shutdowns, the impasse over a new speaker, because of the rules of the House, necessarily places the forces of limited government in a position of strength despite numerical disadvantages.

Failure to grasp how means became ends here explains the confusion of how less than two dozen Republicans hold the advantage in negotiations over 200 of their colleagues. Many undoubtedly prefer “Speaker” Johnson over all of the above. Perhaps they do not wish to permanently conserve the status quo. But as a waiting room, it feels more pleasant to the insurgents than to anyone else.

The optics look horrible: a party handed the gavel by voters unable to hand the gavel to any of its members after 11 rounds of voting. But at least members do not vote on what’s-behind-door-number-two mystery candidates, a la the $1.7 trillion omnibus package voted on before any member could even read the bill.

The last opaque bill the House voted on in the last session, not its inability to transparently vote into office a speaker in this new session, disgraces the body. And as a direct result of the insanity of the former, we get the tumult of the latter — and a woman calmer than the members below her calling the representatives to order.