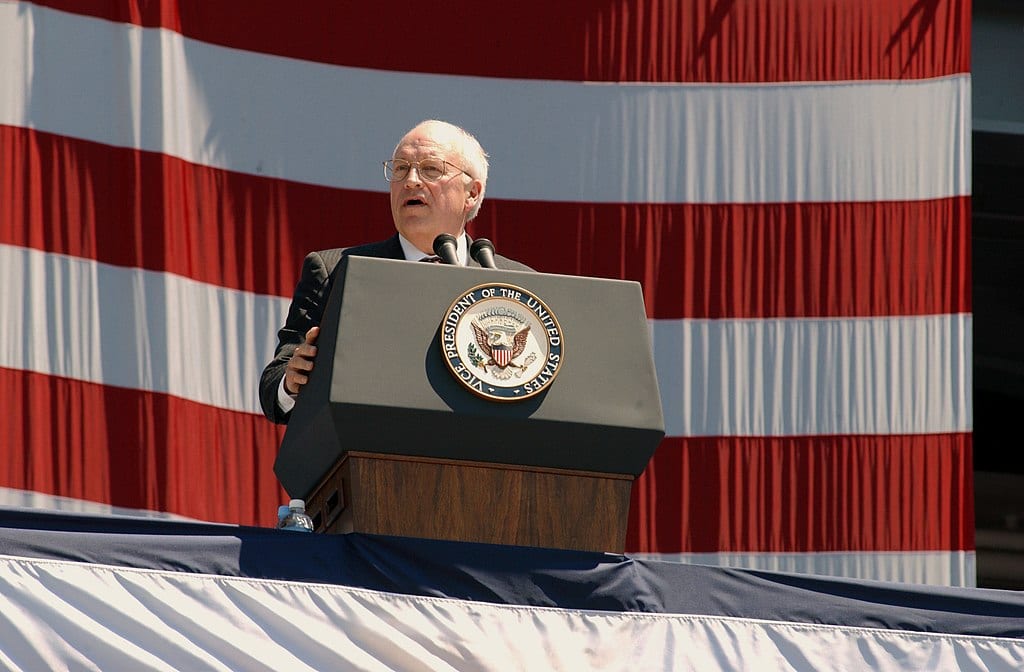 When former Vice President Dick Cheney was being whisked from his office downstairs to the underground Presidential Emergency Operations Command (PEOC) bunker on 9/11, his view on foreign policy likely changed. Having served for years in and out of government, Cheney was a hawk, but he was not necessarily a proponent of neoconservatism — what I like to call “democratic globalism.”

Cheney was more in line with the realist school of thought (though there were some differences of opinion). He began his political career in the Nixon Administration, the home of realism. Cheney did engage in several bureaucratic knife fights with Dr. Henry Kissinger, the grand pooh-bah of realism at the time, who came to serve as the national security adviser and secretary of state in both the Nixon and Ford Administrations.

Ultimately, though, Cheney embraced the strong but restrained approach of realists.

After 9/11, something had changed in Cheney’s thought process. Perhaps it was the prospect of having been personally targeted by those 19 al Qaeda members on that fateful day. Or, perhaps the uncertainty of what might come next was simply too overpowering for Cheney to ever return to the measured, realistic approach to foreign policy that he once held.

On 9/11, uncertainty, unpredictability, and chaos shook America’s brittle, Cold War-era defense establishment out of its complacency. It was men in government, like Dick Cheney, who pushed the system into responding to the perceived threats of the 21st century world. After 9/11, fear became the governing ethos of America’s ruling class. Fear of another catastrophic attack; fear of being blamed for another attack; fear of losing loved ones in another devastating attack. But, fear is the mind-killer.

A form of policy neurosis took hold of America’s elites following 9/11 — particularly among the leadership of the Republican Party, which had held the White House when the most devastating attack on American soil in history had occurred. “Never again!” became the mantra of America’s elite. As a result, America’s defense establishment went from doing nothing about unconventional threats to doing everything (and when you try to do everything you ultimately accomplish nothing).

Fear Is the Mind-Killer

For years, the system had been blinking red over the rising threat that al Qaeda and other asymmetrical foes posed to the United States. Yet, the system was not designed to nimbly respond to these newer, decentralized threats. Instead, the system kept maintaining a Cold War-era posture. After 9/11, Cheney recognized this fatal flaw and moved to correct it — at all costs (even if it meant violating the Constitution). Although, the changes to America’s defense establishment were less revolutionary than they were evolutionary. And, as the Iraq War proved, those evolutionary changes imposed on the defense establishment from above, and under duress, were, in fact, a strategic dead end.

The intelligence community could not adequately gauge the probability of an al Qaeda threat to America’s homeland and therefore did not see that attack coming. During the run-up to Iraq, the same intelligence community — driven by Cheney and his fearful acolytes — did not understand that Saddam Hussein did not have any involvement with 9/11. They also missed the fact that Iraq did not possess the nuclear weapons that the Bush Administration claimed it did. But, Cheney’s “one-percent doctrine” prevailed. If there was even a one-percent chance that Iraq had given aid and comfort to al Qaeda — and if there was even a one-percent possibility that Iraq had covertly reconstituted its nuclear weapons program — then that regime could not be allowed to exist.

What followed was the most wasteful, strategic mistake the United States has ever engaged in. All because America’s leaders chose to overreact after having spent years ignoring asymmetrical threats, such as al Qaeda. Of course, Iraq ended up being a proving ground for the next generation of terrorists. It made winning the Global War on Terror a near impossibility for the United States as well. America is still paying the price for having given into its overwrought fears regarding Saddam Hussein’s (nonexistent) nuclear weapons program. Moreover, the Middle East is likely permanently destabilized due to America’s reckless endeavor in Iraq. And, soon, the United States may be forced to wage a regional war against the Russian ally of Iran because of America’s fear-based actions in Iraq!

Such a war could easily escalate into a global conflict.

Cheney’s irrational and fear-based doctrine lives on today in Washington, D.C. Everything that happens overseas — particularly in the Middle East — is framed as an existential crisis. The antidote to these crises is always the same: greater levels of American military involvement. The elite’s fear is what prompts them to seek greater control in distant places. But that control is often illusory. Sometimes military intervention is needed. Many times, though, American intervention does not help. What’s more, very often, the American people (who must bear the brunt of the elite’s neurotic foreign policies) are unwilling to fully support such feckless missions. More gallingly, these neurotic-induced conflicts have little to do with preserving the national interest.

Despite their loathing for Dick Cheney, most of America’s foreign policy elite — regardless of political party — are gripped by the same neurotic fear of the outside world that the former vice president possessed. It is the much-maligned President Donald Trump who is attempting to shake the foreign policy establishment from its anxiety and return U.S. foreign policy to a more rational, responsible, and restrained place. Giving into fear is not what statesmen do. It’s ironic that the brash, non-politician, real estate mogul from New York has a more statesmanlike foreign policy than the professional politicos who have run U.S. foreign policy for decades.