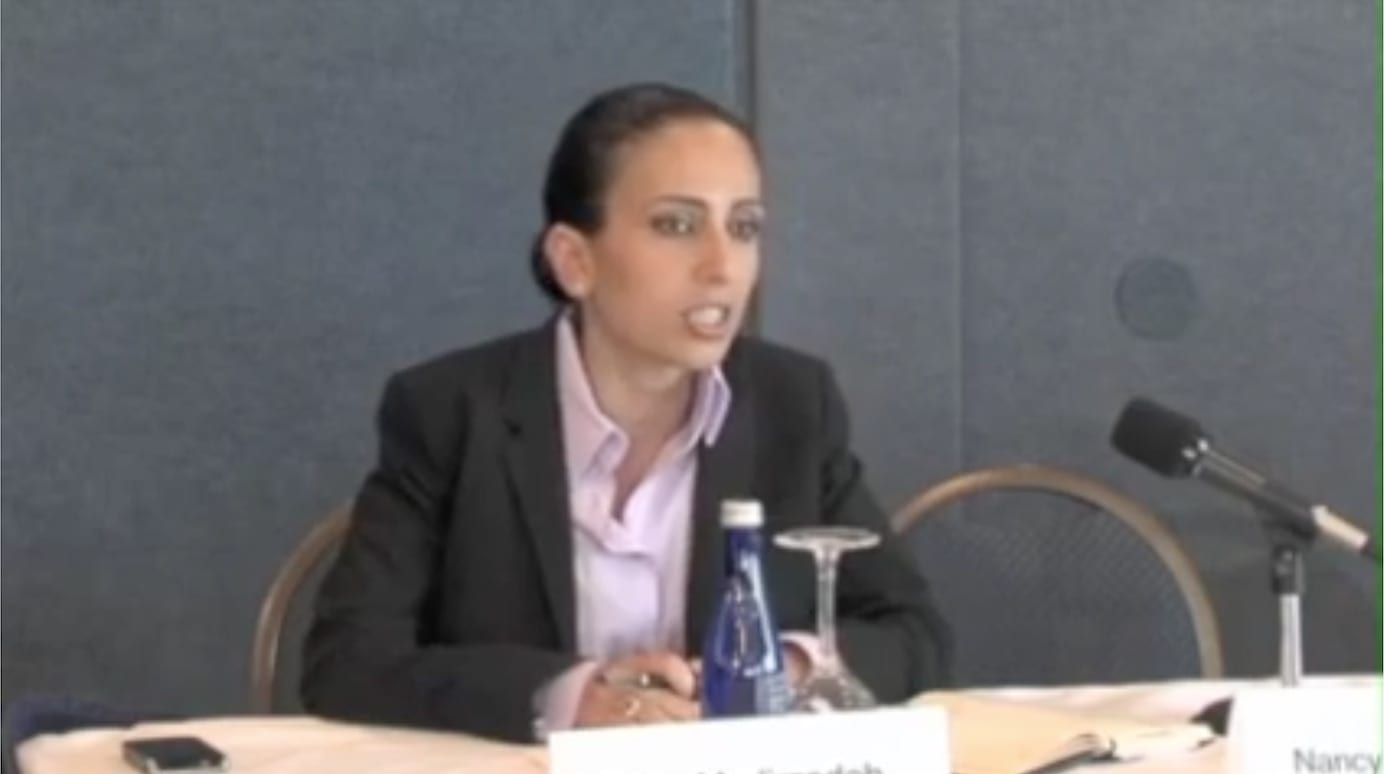 Following a July 11 hearing on the question of Islamism, conducted by the House Oversight Committee’s National Security Subcommittee, a legal advocacy organization named the Charity and Security Network (CSN) published two articles denouncing the evidence presented, accusing “Isamophobic [sic] groups” of spreading “misinformation.” It then wrote to the National Security Subcommittee, arguing that the hearing “consisted primarily of innuendo based on loose chains of association and ideology or political opinion.”

While CSN spent some time attacking Zuhdi Jasser, a prominent Muslim reformist, the bulk of its ire was directed at the Middle East Forum and a recent report we published on the enormous international charitable franchise, Islamic Relief. Our research — which was cited numerous times during the Subcommittee’s hearing — found detailed evidence of Islamic Relief’s financial connections to terror-linked groups in the Middle East, violently anti-Semitic rhetoric expressed by senior Islamic Relief staff in America, and Islamic Relief branches’ regular promotion of dozens of hardline Salafi preachers across Europe and North America, who have incited hatred towards Jews, homosexuals, and other minorities.

CSN chose to ignore these facts, and instead decided to recommend Islamic Relief’s distortions, before accusing the Middle East Forum (without any evidence offered) of having “a history of making sweeping generalizations and mischaracterizations about Muslim charities.”

We have already provided a detailed rebuttal of Islamic Relief’s frantic denials, which CSN so unquestioningly repeated. We demonstrated quite clearly that Islamic Relief failed to disprove a single piece of the many dozens of examples of terror and extremist links uncovered by the Forum’s researchers and our Muslim allies. CSN quietly choose to ignore all this, turning instead to slurs and sidesteps. Faced with the unfortunate presence of immutable facts, that was perhaps to be expected.

Her silence is somewhat explained by her social media activity. On Facebook, Ms. Guinane solicits support for Veterans for Peace, a fringe organization known for its anti-Semitic and pro-Assad stance. Its website, to which Guinane linked, openly propagandizes for the North Korean regime.

So what is CSN? And how exactly has it become a mouthpiece for theocratic extremists dressed up as humanitarians?

CSN is somewhat influential. It enjoys the support of dozens of civil rights organizations and foundations. Its officials testify before House Committees, and it enjoys effusive media coverage. At first glance, CSN seems just lovely, and almost necessary. It claims to support civil society’s ability to carry out “peacebuilding, humanitarian aid, human rights and development work” in the face of “overbroad counterterrorism policies.” While this appears a welcome check on government’s tendency to use national security laws to infringe on the rights and privacies of its citizens, it quickly becomes clear that CSN is not a champion of liberty, but a highly politicized activist group.

CSN does not defend innocent Muslim charities caught up in the rigmarole of international terror finance regulations and the problem of Islamist exploitation of humanitarian aid; instead, it devotes its time to defending the very Islamists complicit in this exploitation.

A 2011 report published by CSN, titled “U.S. Muslim Charities and the War on Terror,” lists eight Muslim charities shut down since 9/11. CSN repeats defence counsel claims that paints each prosecution as unconstitutional, repressive or based on faulty evidence, despite the fact that most of the charities named have been established by the courts as terror-linked far beyond the most reasonable of doubts. Ms. Guinane has even denounced the government’s decision to freeze the assets of recognized terror-financing groups as “a serious infringement on their right of religious expression.”

CSN also works hard to advocate for Islamists caught up in terror finance investigations. Across a number of reports and posts on its website, and in its letter to the House Oversight Committee’s National Security Subcommittee, CSN claims that “unindicted co-conspirators” named by prosecutors in the 2008 Holy Land Foundation (HLF) trial were later exonerated by the Fifth Circuit Court of Appeals, which ruled that the prosecutors’ list of unindicted co-conspirators ought to have been sealed. Referring to prominent American Islamist groups such as the Council on American-Islamic Relations (CAIR) and the Islamic Society of North America (ISNA), CSN declares that allegations the unindicted co-conspirators posed a “threat” or were linked to Hamas have “no foundation in fact or law.”

This is astoundingly deceptive. CSN deliberately neglects to mention that the court refused to strike these groups from the unindicted co-conspirator list, and actually concluded that “The Government has produced ample evidence to establish the associations of CAIR, ISNA… with HLF, the Islamic Association for Palestine (‘IAP’), and with Hamas.”

We also asked CSN’s Kay Guinane about this. But, again, she refused to comment.

Unsurprisingly, for an organization that defends extremist charities, CSN also enjoys the support of extremist charities. CSN is funded by the Zakat Foundation, for example, which is closely involved with the Erdogan regime and describedin Islamist circles as “Turkish backed.” The Zakat Foundation fundsan organization in Gaza closely linked with Hamas, which hands out money to the children of Hamas “martyrs.”

CSN also operates a “list of experts,” which includes the head of KinderUSA, a charity whose officials have included board members of the convicted Hamas charity, the Holy Land Foundation. In 2004, the Los Angeles Times noted that “When aiding orphans, the organization [KinderUSA] does not inquire how the father died to avoid charges that it knowingly supports the families of suicide bombers.” KinderUSA runs events with a number of extremist speakers, including several with the anti-Semitic Norwegian activist Mads Gilbert, who has expressed sympathy for the 9/11 attackers and declared his support for terrorist attacks against Americans.

KinderUSA is also listed as a “supporting member” of CSN. And Ms Guinane fundraises on her own Facebook account for this bigot-promoting charity.

Helping Hand for Relief and Development is yet another supporting member of CSN. Like its parent organization the Islamic Circle of North America (ICNA), Helping Hand is a U.S. outpost of Jamaat-e-Islami, a violent South Asian Islamist movement which helped lead the mass-murder of Bangladeshis during the 1971 Liberation War. In December 2017, Helping Hand organized a conference in Pakistan, to which it invited the Falah-e-Insaniat Foundation and the Milli Muslim League, the charitable and political wings respectively of the Pakistani terrorist organization Lashkar-e-Taiba. A year before Helping Hand’s conference, in 2016, the U.S. government designated the Falah-e-Insaniat Foundation as a terrorist organization. Helping Hand has also funded the Al Khidmat Foundation, the Pakistani charitable arm of Jamaat-e-Islami, which openly finances Hamas.

Liberal-minded organizations have an unfortunate history of working with extremist organizations. They do so, many suspect, because of a conviction that these partnerships help them fight a greater evil — “Islamophobia,” oppressive foreign policy, social inequality, and so on. Often, we can attribute this axis to the naivety of progressive groups too focused on their own dogmas to be fully aware of their partners’ real agenda.

But in the case of CSN, it seems its officials understand exactly for what and whom they advocate. CSN has warmly embraced theocratic bigots and terror supporters, whose agenda ought to send a shudder down the spine of any American dedicated to truly liberal values. Fluent in legalese, CSN serves as a lobbyist for terror and hate.

Sam Westrop is the director of Islamist Watch, a project of the Middle East Forum.