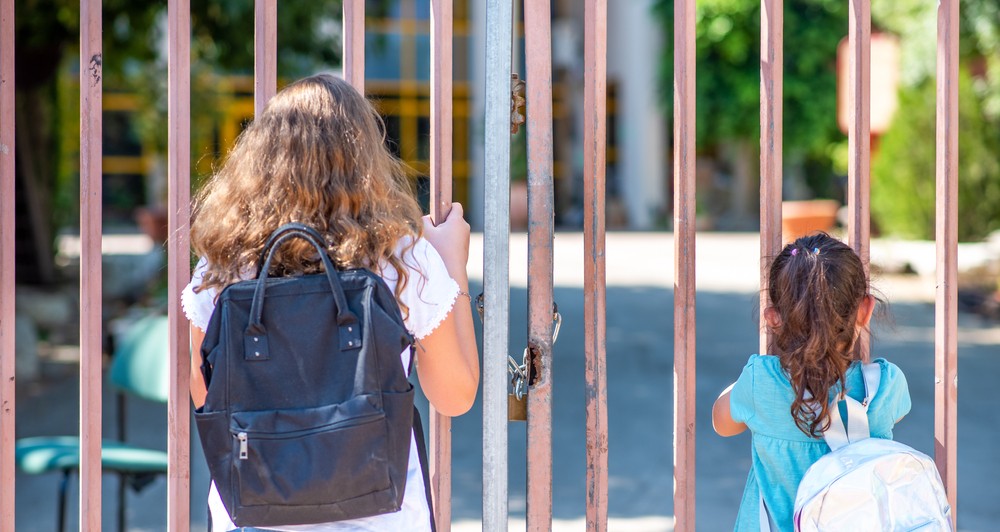 “CDC Presses K-12 Schools to Reopen”: that’s the headline of a Wall Street Journal article earlier this month. It’s a farce, of course. Under Joe Biden, the agency is doing nothing of the sort. The title, however, does reflect the politics behind America’s school reopening tragicomedy.

The CDC’s reopening guidelines hew largely to the demands of America’s obstreperous teachers unions — a special interest that, as Captain Obvious might say, is kind of important to the Democratic Party.

For months on end, parents have heard the refrain, “We all want our kids back in school.” The CDC says it, as does our cognitively challenged president: “Today, an entire generation of young people is on the brink of being set back a year or more in their learning,” he said in a White House statement.

By hinging reopening on community spread, Democrats can continue to push the narrative, however scientifically dubious, that school closings are the fault of those ugly Americans who violate mask recommendations.

Yada, yada, yada. Florida GOP Gov. Ron DeSantis, who has faced a nonstop barrage of negative coverage from the Democratic press, has explained exactly how to open schools. “If you want to open schools,” advises America’s greatest governor, “open them, open the doors.”

Thanks to DeSantis, the doors to Florida schools are open — five days per week, for all students.

And despite doomsday prophesies from Democrats, there’s no evidence that community spread has increased because of it. Florida, moreover, has fewer pediatric COVID cases per capita than most other states — including some where schools remain mostly or entirely shuttered.

That means millions of children are likely to be stuck Zooming — and zoning out — for months. And make no mistake: the prolonged shutdown is 100 percent intentional. Yes, the administration has caved to the demands of the teachers unions — but there’s an even more powerful force.

Tying reopening to the level of community spread, as the CDC is doing, has become a political imperative for Democrats, who are tied at the hip to destructive lockdowns and school closures.

Liberals weaponized the virus against Donald Trump, blaming continuing lockdowns and school closures on his administration’s “failure” to stop a highly contagious airborne virus from doing what it naturally does — spread.

The danger for Democrats, and it’s potentially lethal, is that large numbers of voters may begin questioning the need for lockdowns in the first place, and move towards supporting politicians who have argued for complete reopening while protecting the vulnerable — the approach recommended by the preeminent public health scientists and other experts who have signed the Great Barrington Declaration.

But by hinging reopening on community spread, Democrats can continue to push the narrative, however scientifically dubious, that school closings are the fault of those ugly Americans who violate mask recommendations — which now call for double masking.

(Actually, I’m all in on Democrats’ double masking — though I’d like to see them double that!)

But it’s not just “mask breaching” — the term deployed by Biden’s CDC head, Dr. Rochelle Walensky, during a recent interview with CNN’s Jake Tapper. One doesn’t have to be an FBI expert in stress reaction to notice Dr. Walensky’s defensiveness as she tries to justify why schools can’t open.

K-12 schools should be the last settings to close after all mitigation measures in the community have been employed, and the first to reopen when they can do so safely. Schools should be prioritized for reopening and remaining open for in person instruction over non- essential businesses and activities.

It appears multiple times in CDC documents, and Dr. Walensky — a leading voice in the lockdown chorus from the start — has said the same.

Get the message? If your kids are home, it’s the fault of state and local officials who have allowed you the “privilege” of enjoying a dinner out, going to the mall, grabbing a coffee or beer with a friend, or attending a sporting event.

It’s also worth noting that public health officials have failed to counterbalance the press-fueled COVID catastrophizing and panic with politically unvarnished information.

For example, after acknowledging that most COVID deaths involve adults, the CDC guidance is careful to add that children have died from COVID-19. Shouldn’t it also inform parents of the fact that the seasonal flu is more deadly to kids?

Dr. Anthony Fauci, the most undeservedly lauded public health official in the country, whacked DeSantis in the knees last spring after the governor incorrectly remarked that no kids had died from COVID.

In correcting DeSantis, Fauci never acknowledged that the governor’s larger point — the virus isn’t a significant threat to kids — was spot on.

Speaking of the failure of our health officials to provide clear risk-related information, this CDC document takes the cake. It shows risk of death based on age, but only in relative terms. It has the rate of death for a 49-year-old, for instance, being 130 times that of the reference cohort of 5 to 17 years.

Dr. Walensky really, really, really doesn’t want you to know that for anyone under 70, the risk is quite small, with an infection fatality rate of about 0.03 percent — and only 0.15-0.20 percent across all ages combined.

When it comes to schools reopening, the U.S. and some other countries appear to be operating under a precautionary principle — requiring school opening proponents to prove the absence of danger. That’s backwards.

Some of Canada’s leading infections disease experts frame it correctly. In their letter to the Canadian prime minister pleading for schools to open (reprinted in this article), they say that “[s]chool should remain open for face-to-face learning (at least as an option) unless there is high quality evidence to show that doing otherwise is more dangerous for the overall physical and mental health of children.”

As the letter notes, the data show that the risk of school transmission risk is low even in high-transmission communities — a conclusion shared by numerous scientists across the globe.

Here in the U.S., as elsewhere, kids will return to school eventually, as the vaccines produced in a mind-blowing nine months (spurred on by the Trump administration’s Warp Speed program) immunize Americans.

Until then, millions of kids will continue to fall behind, and suffer cognitively, emotionally, spiritually, and physically.

It’s a price they must pay so the Democrats can maintain a politically useful narrative.