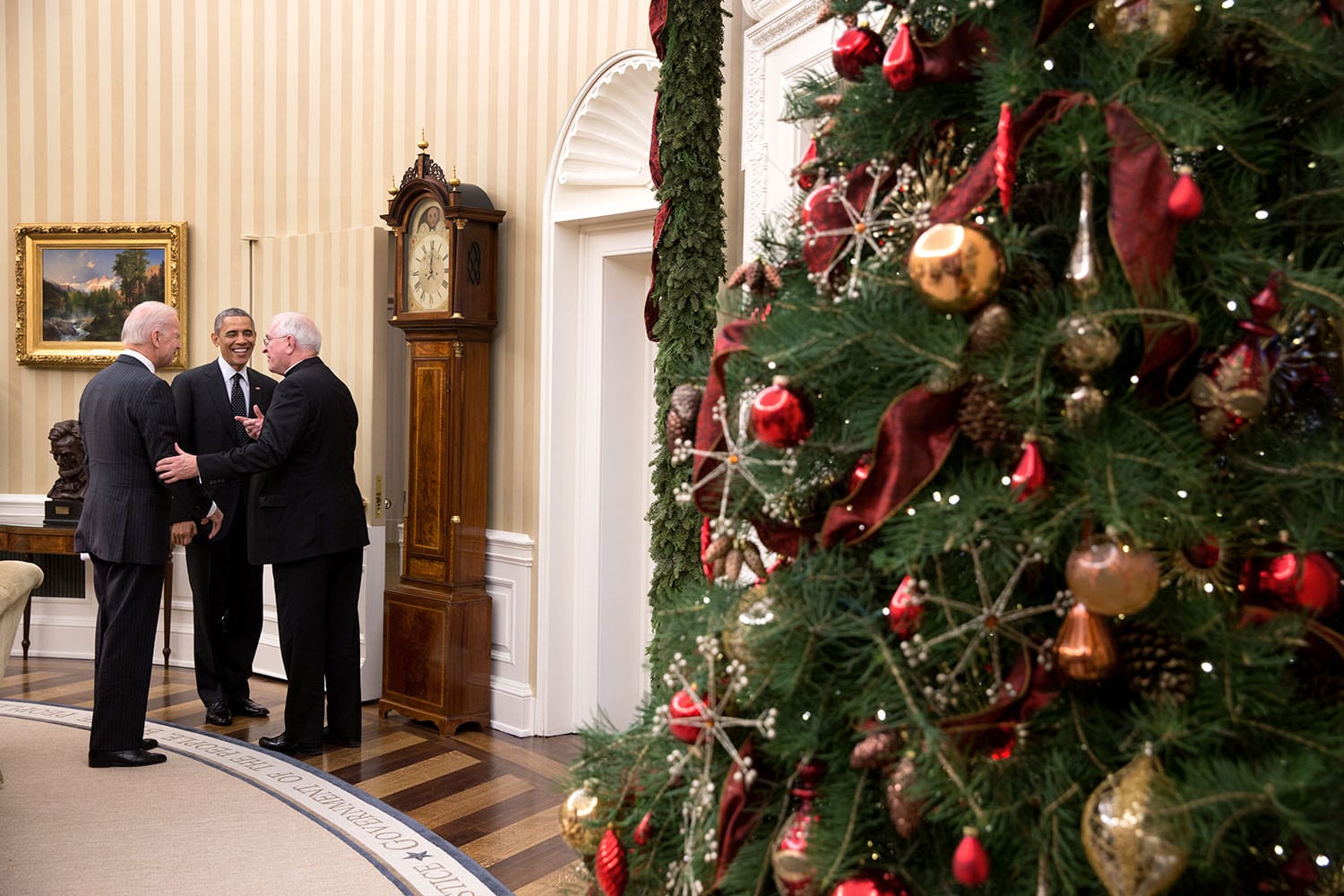 The website for the United States Conference of Catholic Bishops (USCCB) devotes an “Advocacy Center” page to political issues, and the cause du jour on that page is “support for our brothers and sisters who are migrants and refugees.” In bishop-speak, that’s a tip of the zucchetto to a campaign called “Share the Journey.” It’s also an endorsement of Barack Obama’s DACA program, and a plea for continuing DACA on moral grounds.

It makes sense for Catholic bishops to offer a moral argument for DACA rather than a legal or Constitutional one. They know which side of the street offers them firmer footing. Nevertheless, the bishops have let the rest of us down, whether we’re part of their flock or simply know someone who is. The boilerplate text that American Catholic faithful are encouraged to email to their legislators under the subject line “Please Support Dreamers” stinks of poor logic and prejudice-inducing rhetorical flourishes.

The most aggravating part of what the bishops want the Catholic faithful to say to their representatives sits up top, in the first three sentences of the letter that they’re soliciting signatures for:

As your constituent and a supporter of the Share the Journey campaign led by Pope Francis, I’d like to express my strong support for Deferred Action on Childhood Arrivals (DACA) youth and urge Congress to provide a permanent legislative solution for DREAMers.

While the issue of immigration is a large and complex one, we must not forget that at the core, it’s about people, and I believe that every person is a child of God. Therefore, I urge our nation to find a legislative solution that includes a path to citizenship for DREAMers.

Note the non sequitur under the baggy shirt of that conjunctive adverb, “therefore.” If you glide past the straw man (has anyone ever said that immigration was not about people?) to take the bishops at their word, then every child of God is entitled to American citizenship, and — by startling but necessary inference — the Pledge of Allegiance becomes almost as important as the words of the ancient formula by which Christians baptize new members into their ranks. Yet the bishops could not possibly mean that, because a church identified too closely with our republic is a church that can’t be “catholic” in a meaningful universal sense.

The same objection applies beyond American shores, although one can’t help but wonder whether logic in the Vatican has fallen on hard times when Pope Francis surrenders authority that is properly his to the Central Committee of the Chinese Communist Party, and a ranking archbishop proves that wasn’t a deeply unfortunate one-off by congratulating the Chinese Communist regime for the way that it allegedly implements Catholic social doctrine.

Here at home, USCCB lobbying for a path to citizenship open to anyone on American soil suggests that a worrisome plurality of Catholic bishops can’t tell the difference between “New Jerusalem” and “Babylon on the Potomac,” even though one of those cities is in the Book of Revelation and the other is not. Apart from that problem, boilerplate text endorsed by the bishops also attempts to shame voters who agree with President Trump. The letter that caught my attention goes on to urge Congress not to “uproot the lives of so many young people who’ve made enormous contributions to our communities and to our economy,” and praises them as “American in every way except for their immigration status.”

Those defiantly naive assertions contrast with facts on the ground, where it might be difficult to quantify “enormous” contributions of immigrants to our communities, or admit that some immigrants deliberately reject assimilation into the societies of their host countries.

What the bishops want the rest of us to believe also contrasts with parts of the January 2018 State of the Union speech. I’m not suggesting that one document should trump the other (ha!), but comparing the boilerplate language from the USCCB with competing statements in the SOTU might yield a more fruitful dialogue than the bishops actually want to have.

For obvious reasons, the bishops say nothing about violence perpetrated by members of gangs like MS-13, which was started by Central American immigrants to Los Angeles three generations ago. When President Trump invited the parents of two MS-13 murder victims to the State of the Union speech and bluntly linked failed immigration policies to gang membership, fact checkers observed that not all gang members are immigrants, which of course misses the point. Few commentators mentioned anything pertinent to the president’s argument, such as Government Accountability Office reports showing that 27 percent of all federal prisoners are “criminal aliens.”

In a more upbeat section of the SOTU, President Trump decided to appropriate the “DREAMer” acronym by yanking it from Democrat clutches to remind anyone who would listen that “Americans are dreamers, too.” Washington and Jefferson and Lincoln all agree, which is why Martin Luther King, Jr. sounded so much like one of the Founding Fathers when delivering his iconic “I have a dream” speech on August 28, 1963.

What the faithful are encouraged to email their legislators never gets logical or philosophical, because it’s too busy tugging at heartstrings. The bishops downplay concerns about law, order, and culture to fret that ending DACA without a provision for citizenship would mean “deporting exemplary young people who were brought to our nation as children.” Meanwhile, politicians who make common cause with church leadership on that issue (but not on abortion!) strive to find admirable people who don’t mind being used as pawns in the chess match between the Trump administration and its critics. Congressman David Price (D-NC) is one of the lawmakers who knows how the game is played: He invited a teacher and “DREAMer” named America to the SOTU as his guest.

More recently, top Democrats have been gushing over Olympic snowboarding gold medalist Chloe Kim, not because her perseverance and skill command respect or because they’re fans of excellence in winter sports, but because her father immigrated to the United States years before she was born. In other words, it’s not just Catholic bishops who argue like addled college administrators, and let reflexive disdain for any immigration policy short of open borders muddy their thinking.

What church leaders seldom say publicly about the challenge of spreading the gospel worldwide plays out on local levels among the faithful themselves. My North Carolina parish, for example, is ably staffed by priests with roots in four different continents. Men from Vietnam and India serve the altar at weekday Masses, and our English-language bulletins include Spanish-language inserts. We’ve spawned a daughter parish, and could be called a multicultural success story or a microcosm of the universal church.

No Catholic parish does things like that on its own, but in one respect, local leadership is often more clear-eyed than its higher-level shepherds. In their rush to make “fairness” and “mercy” synonymous with U.S. citizenship, the bishops risk making idols out of illegal immigrants. It’s the professional religious equivalent of how the Democrat Party treats every immigrant as a potential welfare recipient.

The bishops would not be surprised to hear that Hispanic parishioners have enlivened our choir and the way we observe the Feast of Our Lady of Guadalupe. But because the immigration debate casts a long shadow and they don’t want to do anything to jeopardize acceptance of minority populations, their cheerleading for DACA suggests that they might be mystified or offended by differences between the English and Spanish contents of our Sunday bulletins. It’s only the Spanish insert that includes a recurring plea for people to be gentle with new hymn books, stop leaving fingerprints on the wooden statues of Christian heroes that ring the gathering space, and refrain from bringing food or drink into the sanctuary. English-language text in the same bulletin has no comparable explanation of what it means to respect church property, because cultural norms are such that no explanation is needed there.

Rather than acknowledge any of that, U.S. Catholic bishops pay lip service to the complexity of immigration questions. They ignore an ongoing argument between the executive, legislative, and judicial branches of government, while implying that it is only by offering American citizenship to any child of God who asks for it that we can live by the Golden Rule. Where pastoral guidance would be welcome, the bishops have so far offered only poor logic and theological bullying. All of them are prayerful, and some of them are brilliant. They can — and should — do better than that.