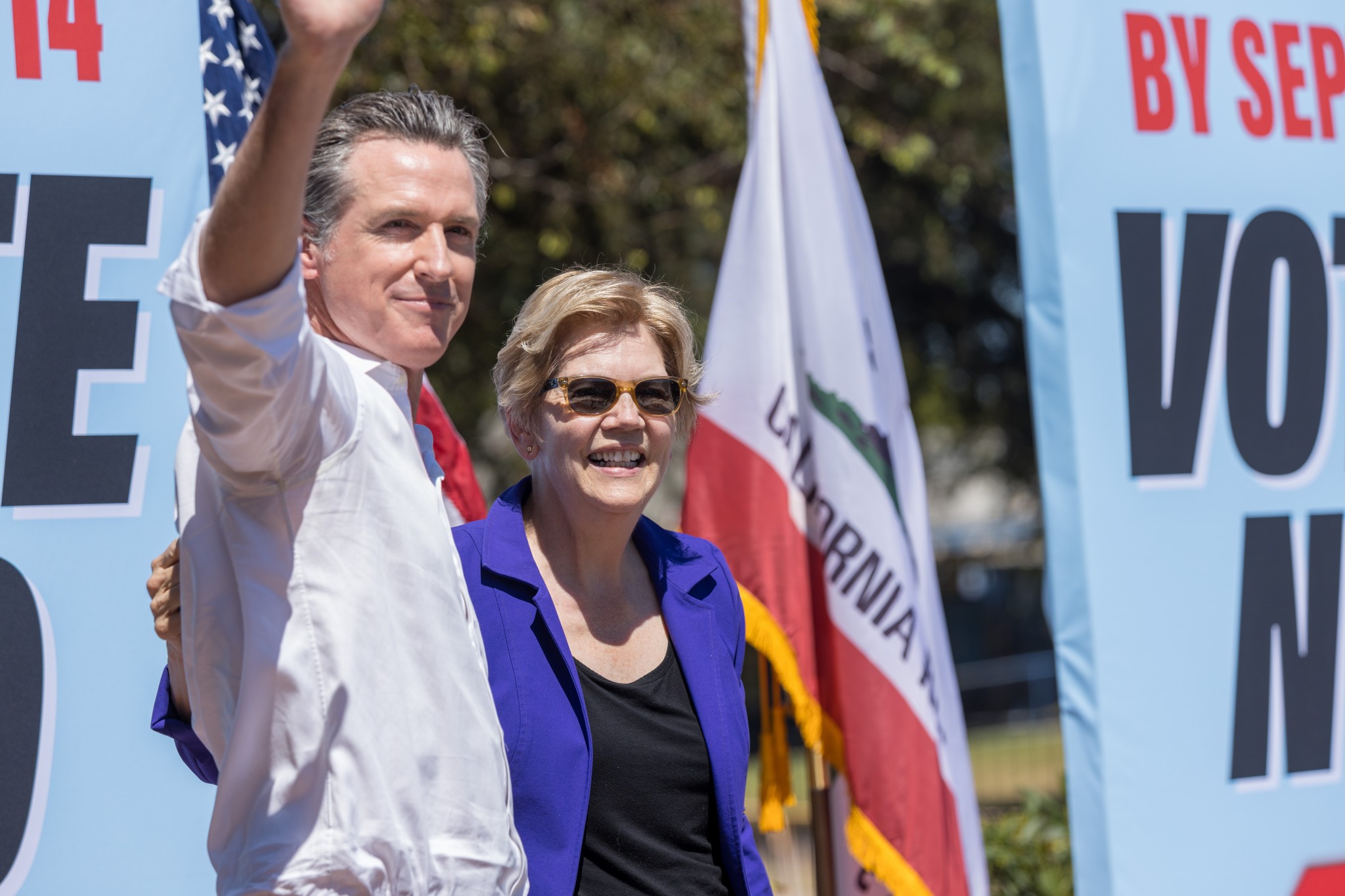 Apparently, Californians would rather see themselves as knee-jerk anti-Trumpers than elect someone who promises to clean up the dysfunctional state.

Newsom also hailed his win as a victory for “diversity” and “inclusion.”

Newsom is a white, rich Democrat who works with a legislature that is supermajority Democrat. Yet he did not hesitate to frame himself as more diverse than his recall opponent, Larry Elder, an African American radio talk-show host who calls himself the “Sage of South Central.”

Newsom’s delusional. Everyone knows that Newsom couldn’t run on his own record, so he ran against former President Donald Trump.

The recall effort made it to the ballot because Californians were in a sour mood stoked by COVID-19 mandates that squeezed small businesses even as Newsom personally flouted them.

(During an infamous lunch at the tony French Laundry, an unmasked Newsom rubbed elbows at a crowded table salted with lobbyists and non-family members, unhampered by directives from his office that Californians limit non-household interactions — and if eating out, not “forget to keep your mask on in between bites.”)

But enough about the hypocrisy. There are bigger issues: What happens to California under unstoppable one-party rule? Does California get better or worse?

I vote: worse. I don’t see how you keep electing entitled progressives and expect the crime situation to improve, homelessness to disappear or the middle class to fare better.

As it is, crime is up. Homeless encampments are everywhere. Small-business owners are struggling. While Sacramento enjoys a whopping $75.7 billion budget surplus, the state’s unemployment rate — 7.6 percent — far exceeds the nation’s 5.2 percent.

California Republicans look at the bad news and see opportunity. But as the recall shows, Californians only will vote for a Republican who doesn’t talk like a die-hard Republican.

Elder? Gray Davis, the former California governor who was recalled in 2003, told the New York Times that Elder “was a gift from God. He conducted his entire campaign as if the electorate was conservative Republicans.”

Joe Rodota, a one-time Republican opposition researcher who left the party because of Trump, offered, “It’s very tricky in a blue state to run as a traditional Republican.”

For recalls to produce change, it takes an Arnold Schwarzenegger, for whom Rodota once worked.

In 2003, many critics wrote off Schwarzenegger as a celebrity candidate, but the moderate Republican was much more than that. “Part of the secret of Arnold,” Rodota told me, “was that he always really liked to be prepared.”

The actor knew the players, had campaigned for a successful ballot measure and gathered a team before a possible recall was in the air.
Elder, Rodota maintains, “was not prepared.”

In 2022, Californians will vote in a regular gubernatorial election. They had a chance to get behind former San Diego Mayor Kevin Faulconer, a more moderate Republican, but preferred the Trump-like candidate who never figured out how to reach out beyond the tiny (less than a quarter of the electorate) GOP base.

It’s not clear or even likely that Faulconer would have won the recall. But when you look back, you see Elder never really had a prayer. Republican voters have been warned.