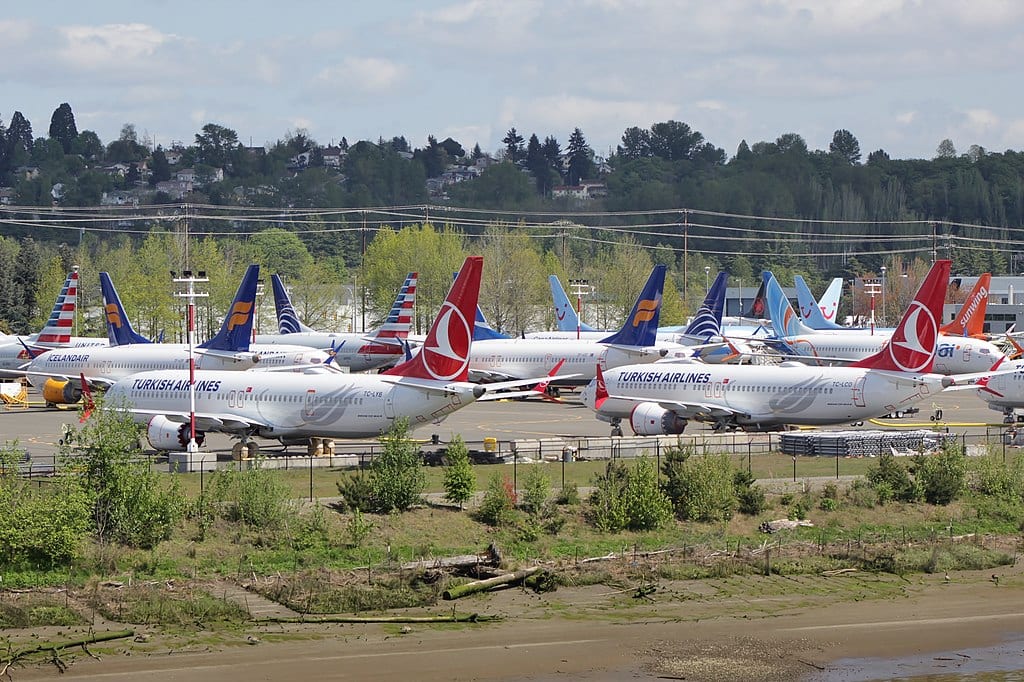 Whether or not the national economy performs well this year, I believe my Washington state is in for some rough times. This is true for one big reason: Boeing’s 737 MAX problem.

The aerospace giant currently boasts of being “the largest private employer in the state,” with somewhere between 70,000 and 80,0000 jobs for Evergreen State residents. And that’s not all of it. There are tens of thousands of additional jobs attached to firms that do work for Boeing. The total easily comes to 100,000 jobs in state that depend on Boeing bucks.

That’s about 2.7 percent of those people currently employed in Washington, according to the Bureau of Labor Statistics, but it has a greater economic impact than that. Boeing and Boeing-supporting jobs in this state pay very well.

Everywhere except for King County, these are jobs that punch well above the local average. Losing thousands or tens of thousands of these jobs would really hurt. And we may be in for something like that soon.

The short-term problem is that Boeing is bleeding cash and has no quick way to fix the problem. Two of its new 737 MAX planes, flown by Ethiopian and Indonesian airlines, crashed within five months in 2018 and 2019. All 346 people on board died. The two crashes led to the whole fleet of MAXes, which are manufactured in Renton, Washington, being grounded in March of last year.

No airline could or would accept delivery of new MAXes while the aircraft wasn’t cleared to fly. The company continued construction of new MAXes anyway. Management bet that with a significant “software fix,” the Federal Aviation Administration would clear them to take off again.

The regulatory delay cost the company over $9 billion through October. That same month, the company board appeared to slap Boeing boss Dennis Muilenburg on the wrist by stripping him of his board chairman title even as he remained CEO.

New chairman David Calhoun issued a statement explaining, “The board has full confidence in Dennis as CEO and believes this division of labor will enable maximum focus on running the business with the board playing an active oversight role.” But activist Ralph Nader of all people, whose grandniece died on one of those flights, proved prescient. “It’s the first crack,” he predicted on CNBC.

December brought news that the FAA won’t clear the 737 MAXes to fly just yet. That was the final crack for Muilenburg, as the company took the unexpected step of firing him and replacing him with board chairman Calhoun.

New CEO Calhoun now has a heck of a mess to clean up. His company is losing billions as the MAXes stay grounded. It is under investigation by the Department of Justice and was recently embarrassed in congressional hearings.

Worse, Boeing uses a specific kind of accounting called “program accounting.” This allows it to spread out the huge costs of development of a type of plane over the number of planes that it expects to sell. Think of it like spreading out a stick of butter (the costs) over all the slices of a loaf of bread.

Under program accounting, the cheerier the picture for a plane, the cheaper the development costs appear. But if the MAX crisis seriously cuts short the selling cycle of a plane, as seems likely, the accountants can’t keep pushing those costs forward forever.

Under Muilenburg last year, Boeing was practically on autopilot. It expected to weather the storm and be cleared for takeoff again by the FAA. It avoided layoffs, kept building, and didn’t even cancel the dividend to stockholders to keep cash in the hangar doors.

Under Calhoun, this is changing, and unfortunately much of that change will land on Washingtonians. The company has said it will halt production of 737 MAXes this month. When Boeing announced this, during the final days of the previous CEO’s tenure, it said this would not lead to layoffs immediately. Instead, employees would “continue 737-related work, or be temporarily assigned to other teams.”

It was a hopeful announcement. May it be so, says this Washingtonian. Yet we ought to face facts, as well. Boeing contractors are already shedding jobs like crazy. Wichita, Kansas–based contractors Shenker Inc. and Spirit Aerosystems are laying off 255 employees and 2,800 employees, respectively.

In Auburn, Washington, the nonprofit contractor Skills Inc. had to let a good number of its employees go. A majority of those employed by the company have a disability, and thus will have a hard time finding work elsewhere. One worker told Business Insider, “I simply hope to hear from my Skills supervisor before my savings and food run out.”

Unless the FAA changes its tune, and quickly, there will be many more painful layoffs ahead.