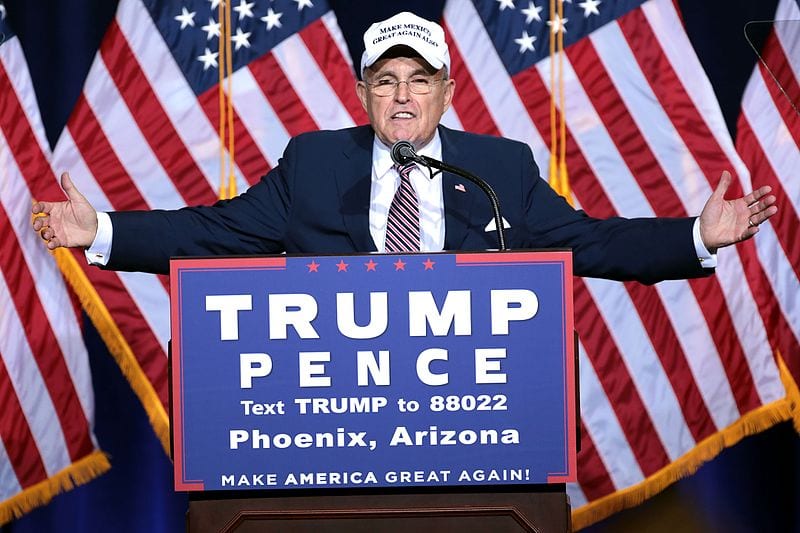 Recent statements made by President Donald Trump and Rudy Giuliani, Trump’s attorney and ex-NYC mayor, about presidential power have sent the media whirling into a tizzy.  Sunday, Giuliani appeared on “The Week”, positing that President Trump “probably does” have the power to pardon himself, if Robert Mueller ever charges Trump with collusion, obstruction of justice, or whatever other crime Mueller pulls out of the hat.  Trump concurred with Giuliani in an early Monday morning tweet, stating, “I have the absolute right to PARDON myself”.

But can the President pardon himself?  The answer is not that simple.  While the president does have constitutional authority to grant “Pardons for Offenses against the United States, except in Cases of Impeachment,” from Article II, Section 2, Clause 1, he cannot include himself under that protective umbrella.

First of all, a president cannot be indicted.  The Department of Justice (DOJ) in 1973 confirmed this statement, explicitly stating “…that the indictment or criminal prosecution of a sitting President would impermissibly undermine the capacity of the executive branch to perform its constitutionally assigned functions.”  The DOJ Office of Legal Counsel further explained that the president “cannot be prosecutor and defendant at the same time.” Since the Executive executes and promotes the law, by definition, the executor is not to be tried for breaking the laws.  As the DOJ states, this contradicts the job description. However, this conclusion should not be misread.  It is not that a president should never be tried or that he has law-breaking immunity. Quite the opposite. A president can and should be impeached if he has committed “high crimes and misdemeanors”, which includes violating the law.  Only then can a president be indicted. Our constitutional system of justice applies to presidents, too.

As The Heritage Foundation points out, another way of looking at the issue is acknowledging that “a man should not be a judge in his own case”.  That would defy every standard of fairness and institutional justice. In conclusion, no, President Trump cannot pardon himself, since he cannot be indicted or tried in the first place.