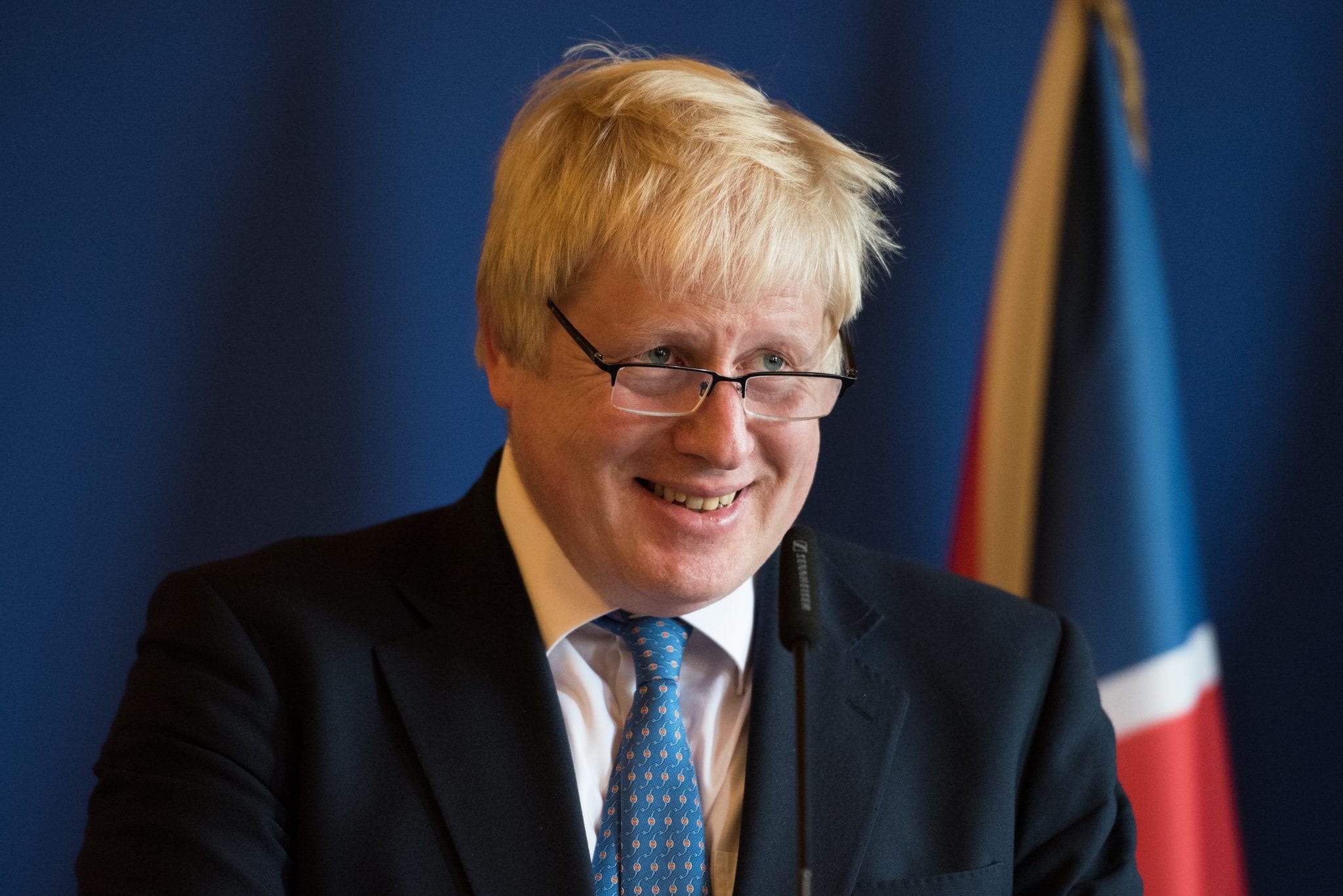 At last! Brexiteers may be forgiven the renewed spring in their step. When Boris Johnson climbs to the top of Disraeli’s “greasy pole” this week — leader of the Conservative Party Tuesday; Wednesday, prime minister — he will achieve the pinnacle of any British politician’s career. With courage and fortitude, the next premier will reciprocate for his country: Taking the United Kingdom out of the European Union.

President Trump characteristically took to Twitter to “congratulate” Mr. Johnson as the incoming “Prime Minister of the United Kingdom.” The President tweeted about Britain’s Donald Trump: “He will be great!”

It tempts fate to quote William Wordsworth in anticipation of Britain’s independence from Brussels. “Bliss was it in that dawn to be alive,” the poet enthused. “But to be young was very heaven!”

This is especially apt because Wordsworth wrote his paean in praise of the French Revolution. History records that sad tale of murder, plunder, conquest, and ruination.

Happily, Brexit is the counter-movement to what the European Union has spawned. Its aims include restoring to Britons political rights outsourced to the Continent. Border security. Regulatory responsibility. Trade flexibility. Self-government.

Parliament will be the beneficiary of sovereignty regained. Moreover, if the Brexit dream is to be fulfilled, its promise must spread farther than the debating chambers of Westminster.

For British independence means nothing if it does not include the bulwark of the United Kingdom, the people themselves. More personal freedom, less government action — which means lower taxes, reduced spending, further decentralization, and, ultimately, more power for individuals to innovate and trade and associate.

“Liberty is not a means to a higher political end,” Lord Acton wrote. “It is itself the highest political end.” At the moment, Brexit is the thing without which all other aspects of British freedom are held at bay. Thus, Brexit first.

Even had Mr. Johnson failed to attain Downing Street, his challenger, Jeremy Hunt — the tally of the final leadership vote was 92,153 to 46,656 — no less staked his reputation on securing Britain’s exit from the EU. With Nigel Farage and the Brexit party threatening the very future of the Conservative Party, whoever leads the Tories knows he must not bend. His future, his party’s future, his country’s future — all depend on Brexit.

Yes, the Brexit tide is on the rise, carrying into history arguably the worst premiership in memory when Theresa May tenders her resignation to the Queen on Wednesday. The stars are lining up for British independence.

America, for one, is eager to sign a free trade deal with Great Britain. “The U.S. is committed to a phenomenal trade deal between the U.S. and the UK,” President Trump announced during his state visit in June. “There is tremendous potential in that trade.”

A “prioritized” UK-U.S. trade agreement is rumored already in the works — becoming operative as soon as the “UK gets rid of the shackles,” President Trump tweeted while in London. “Already starting to talk!”

On the home front, too, Brexit has begun to work its magic, with help from its adversaries. Whether through the belligerence of EU mandarins or Remainer obstructionists in Parliament, Britons are fed up with having the Leave decision of the 2016 referendum frustrated, belittled, and undermined at every opportunity.

Even business leaders and ordinary citizens, initially skeptical of Britain’s vote to leave, have had enough. They join with their steadfast Brexit compatriots in wishing a speedy end to further delay and uncertainty. Doubtless they wonder, How can the issue of British independence and self-government cause so much turmoil?

To the good fortune of the incoming “Brexit prime minister,” the enemies of independence have hoisted their true colors. Tellingly, the Chancellor of the Exchequer, Philip Hammond, has outed himself for the reprehensible pol he is, “boasting” of his plan to resign to Mrs. May before she herself stands down, since he cannot abide the recklessness of a “no deal” Brexit.

“I will do everything in my power from my position to make sure that Parliament blocks a Brexit without agreement,” he told Le Monde.

Yet while “no deal is better than a bad deal” is official government policy, the “irreproachable” Mr. Hammond remained by Mrs. May’s side, one of the several anti-Brexit “cancers” to metastasize in Cabinet. Good riddance.

Brexiteers are understandably upbeat that a new dawn lies before them. No one better exemplifies this Churchillian spirit to “move forward into broad, sunlit uplands” than Boris Johnson.

Such as when Mr. Johnson energetically discussed trade talks between America and Great Britain. “We have more global influence than every other country in the world with the single exception of the U.S., which is after all the cultural and intellectual product of the UK. We just need to get a bit of our mojo back,” Boris told the Daily Express newspaper. “The people of this country will rise to the challenge.”