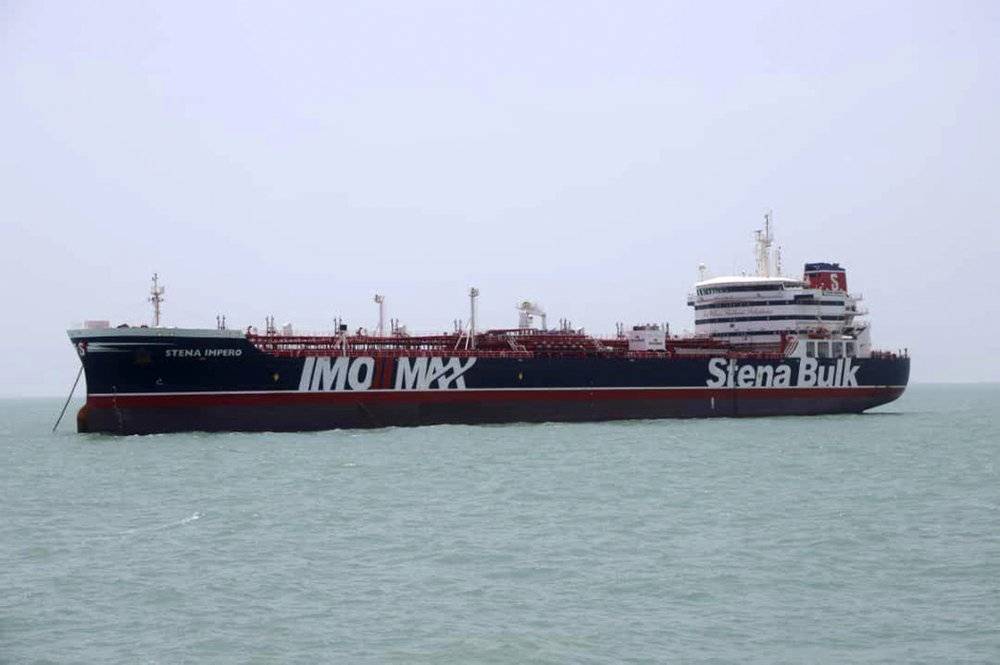 Iran’s seizure, at sea, of the British-flagged Stena Impero could be a serious threat to world peace. Or not. Events that seem small and random at the time can have large and terrible consequences. Ask Archduke Franz Ferdinand. Or consider the fact that a young and relatively weak United States was willing to go to war with England because Britain insisted on pressing our merchant seamen into service on its men-of-war. The old country would, in those days, do whatever it considered necessary to remain the world’s supreme naval power. It would go to war to defend this prerogative.

When asked if his nation intended a military response to Iran’s actions, Great Britain’s defense minister said, “The threats we’re facing are changing in front of us, the world is getting more complex. If we are wanting to continue to play this influential role on the international stage it will require further funding for our armed forces, not least the Royal Navy. Our Royal Navy is too small to manage our interests across the globe.”

In other words, “We are no longer a serious naval power. We don’t have the ships and sailors.”

Leaving unsaid the fact that they no longer have the will.

The world has changed since the time of Nelson. Or even of Jutland. The Lucky Jack Aubrey of today is probably working in the city somewhere for an investment bank. That’s a much better path to riches than trading broadside with enemy vessels, then boarding and seizing them for prize money.

Still, while times may have changed, the shape of the world has not. And the British Isles are still … well, islands. Great Britain may no longer be a sea power, but it is still surrounded on all sides by water. That was sort of the point of building all those men-of-war and dreadnoughts in the first place. Without robust sea trade, the British Isles are in pretty feeble shape. And they’re also open to invasion, admittedly a less likely prospect than when Sir Francis Drake took on the Spanish Armada and won with an assist from a hurricane.

All joking aside, the inability of Great Britain to respond to an attack on the high seas is sad and troubling. The Royal Navy has been, historically, among the world’s most innovative services, adopting new technologies and refining them in the effort to remain the world’s pre-eminent navy. The British went from steam to sail with pitiless speed. In commissioning HMS Dreadnaught, they made all other battleships — including their own — obsolete. They found the means to adapt carrier aviation to the age of jet aircraft with innovations like the steam catapult and the angled deck. They pioneered V/STOL (vertical and/or short take-off and landing) aircraft, which do not require acres of deck for flight operations.

Even so, the Royal Navy has only one carrier in commission, and it was recently forced to return to port early for unscheduled repairs.

The British have allies, of course. But only one of them is a major naval power — is, in fact, the major naval power. But Great Britain and the United States are not, at present, singing off the same sheet of music when it comes to Iran. There is less and less enthusiasm in the United States for military action of any kind. These day the eyes of America’s admirals are increasingly turned toward the Pacific and China. There is much less at stake for the United States in the Middle East, since we have, it seems, been able to “drill our way” out of what was once called our “addiction to oil.” We can get all that we need from Texas, and it doesn’t require sending the USS Nimitz to the Gulf of Mexico.

The British could probably rebuild a fleet that would be sufficiently formidable to deter Iran. It does have two carriers under construction, and its overall defense spending is greater than that of any other European Union country.

That this is a union of which it will soon no longer be a part might make a good argument for maintaining a robust navy. One suspects that the Germans will never be much help at sea … or anywhere else. Brexit does not make this a good time for Great Britain to be relying on allies.

For now, there will be no beat-to-quarters for the Royal Navy. There will, instead, be negotiations, deals, compromises. And none of that “England expects that every man will do his duty” stuff. It is all up to the boys in the striped pants now.