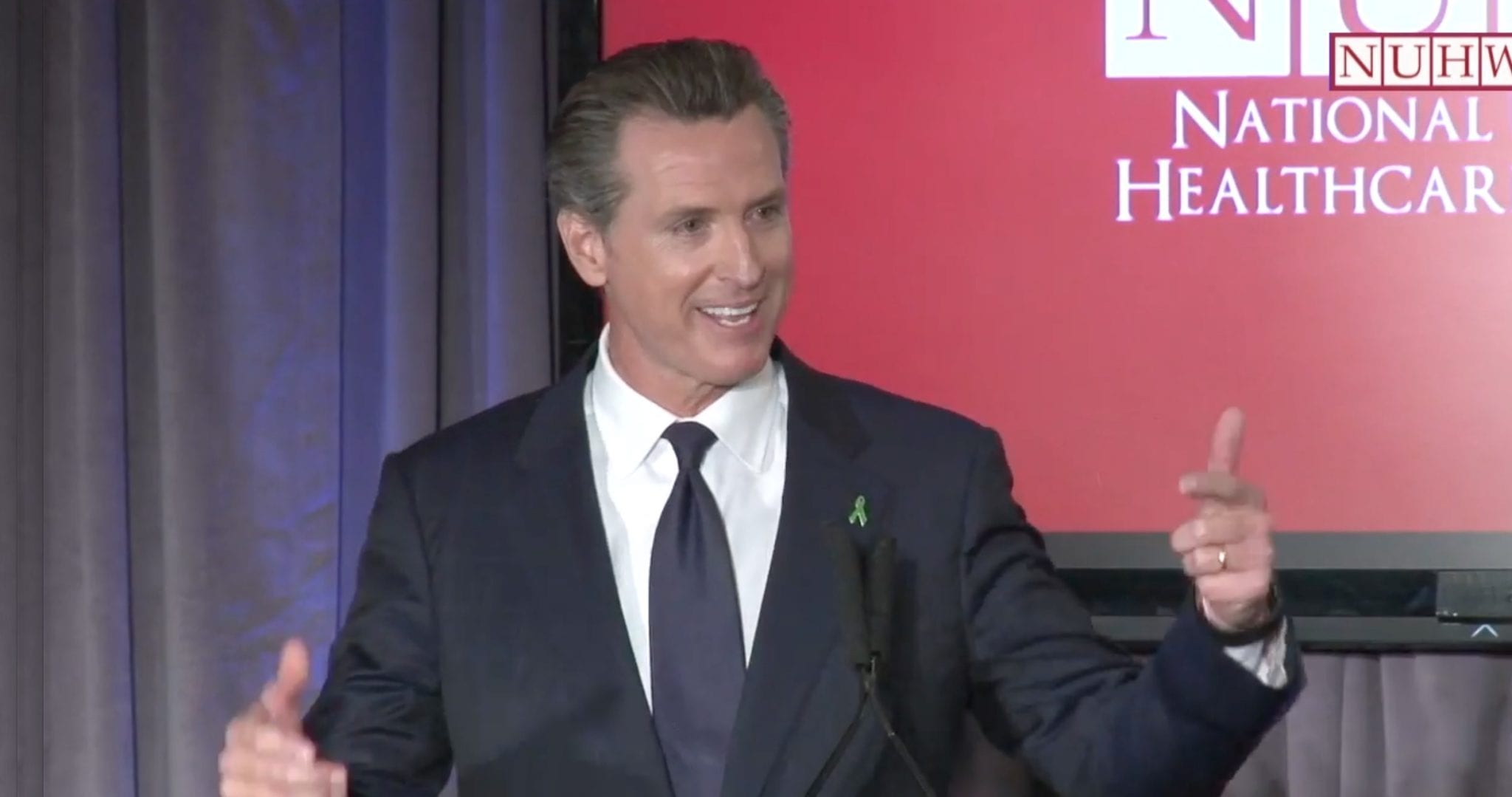 The California Democratic Party recently adopted its own Nicene Creed. While the Christians’ profession of faith numbers almost 400 words, Democrats offer a more succinct five: “I believe in single payer.”

In the governor’s race, twelve Democrats race to outdo the others on their absolute, airtight fidelity to a total state takeover of healthcare, which, of course, its proponents never describe in such terms. Instead, sounding as monomaniacal as Henry George’s single taxers, they talk of single payer.

“Among California’s gubernatorial candidates, none has been a more exuberant supporter of transitioning to a single-payer, Medicare-for-all health care system than Democratic Lt. Gov. Gavin Newsom,” Joe Garofoli writes in the San Francisco Chronicle. This explains why in the mixed, free-for-all primary featuring more than thirty candidates of diverse parties, the lieutenant governor and former mayor of San Francisco garners a third of all votes, according to the most recent poll.

It’s not as though his Democratic opponents do not offer prayers, loudly, at the Church of the Single Payer. Klement Tinaj (“Single payer, rent control and quality education for all”), John Chiang (“I am the only candidate Californians can trust to manage our state’s finances and get us to single-payer responsibly”), Delanie Eastin (“Delaine is the only candidate for governor who has been a staunch, unwavering supporter of SB562, the California single-payer healthcare bill from the beginning”), Amanda Renteria (“Single payer healthcare is exciting, and will profoundly change the lives of all Californians for the better”), and other aspirants to the office once occupied by The Gipper and The Terminator and that guy who put his last name on the school in Palo Alto and the one who said, “The first casualty when war comes is truth,” all sing from a similar sheet of music even as they portray their position as singularly authentic.

The strongest Democrat on paper, former assembly speaker and Los Angeles mayor Antonio Villaraigosa, made the mistake of divulging that he supports single payer as a concept and confessing the difficulty of transforming this concept into policy.

“The independent Legislative Analyst’s Office calculates it will cost $200 billion in new taxes to implement,” Villaraigosa explains on his website. “By way of comparison, the entire state budget proposed for next year is $190 billion — meaning SB562 would require more than doubling of state taxes. Just as significantly, the SB562 plan would end Medicare as we know it, forcing all Medicare recipients into a new state-run system. SB562 would end successful plans like Kaiser and union-based plans, again forcing all those enrolled in the new state-run system. And it is worth noting, the entire plan is based on the dubious premise that President Donald Trump would agree with the plan, since it would require a federal waiver to implement.”

This rain-on-the-parade reality check checkmated Villaraigosa’s ambitions. He trails Newsom by 20 points and Republican John Cox by seven points. His chances of finishing in the top two in California’s open primary seem weak (though not impossible).

California Senate Leader Kevin de Leon owes the success of his insurgent run against Dianne Feinstein for U.S. Senate to clearly differentiating himself from an opponent whose time in elective office dates back to the 1960s. When Feinstein recently noted “I’m not there” in response to the presumptuous question, “How are you going to help support single payer?” the townhall audience yelled and booed. If the preacher at your local church announced, “We believe in One God, Horus, the Almighty,” he, too, might elicit such a response. Single payer serves as an article of faith among California Democrats. And as California goes, so goes the nation.

The latest Democratic fix of healthcare comes less than a decade after the Patient Protection and Affordable Care Act. Rather than run on that — a politically dubious proposition — California Democrats tacitly run against it. The popularity of single payer among Democrats represents an admission of sorts that their last fix did not fix anything. It made healthcare less affordable and did little to protect patients. The mere existence of this present state scheme for the future indicates the failure of the past federal plan that California Democrats endorsed with lockstep unanimity in the House of Representatives and the Senate.

The 20th century played out as a loud, violent argument about whether socialism works. In the Soviet Union, Germany, Cuba, and points beyond, the evidence judged that socialism failed. The fact that Californians seriously entertain the idea of the state picking up the tab for all medical expenses indicates just how poorly the American healthcare system works for so many. We spend nearly a fifth of our economic output on healthcare. Our health outcomes, and frustrating experiences in wading (and waiting) through hospital and insurance bureaucracies, do not suggest that we spend double on healthcare than similar economies. But we do.

Those finding the enthusiasm for a proposal costing more than twice a state’s existing annual budget a peculiarity to mock might consider coming up with a better idea. When something does not work, people will try anything. As inefficient and burdensome as the current system operates, it could get worse. And just imagine what California Democrats then come up with to make things better.