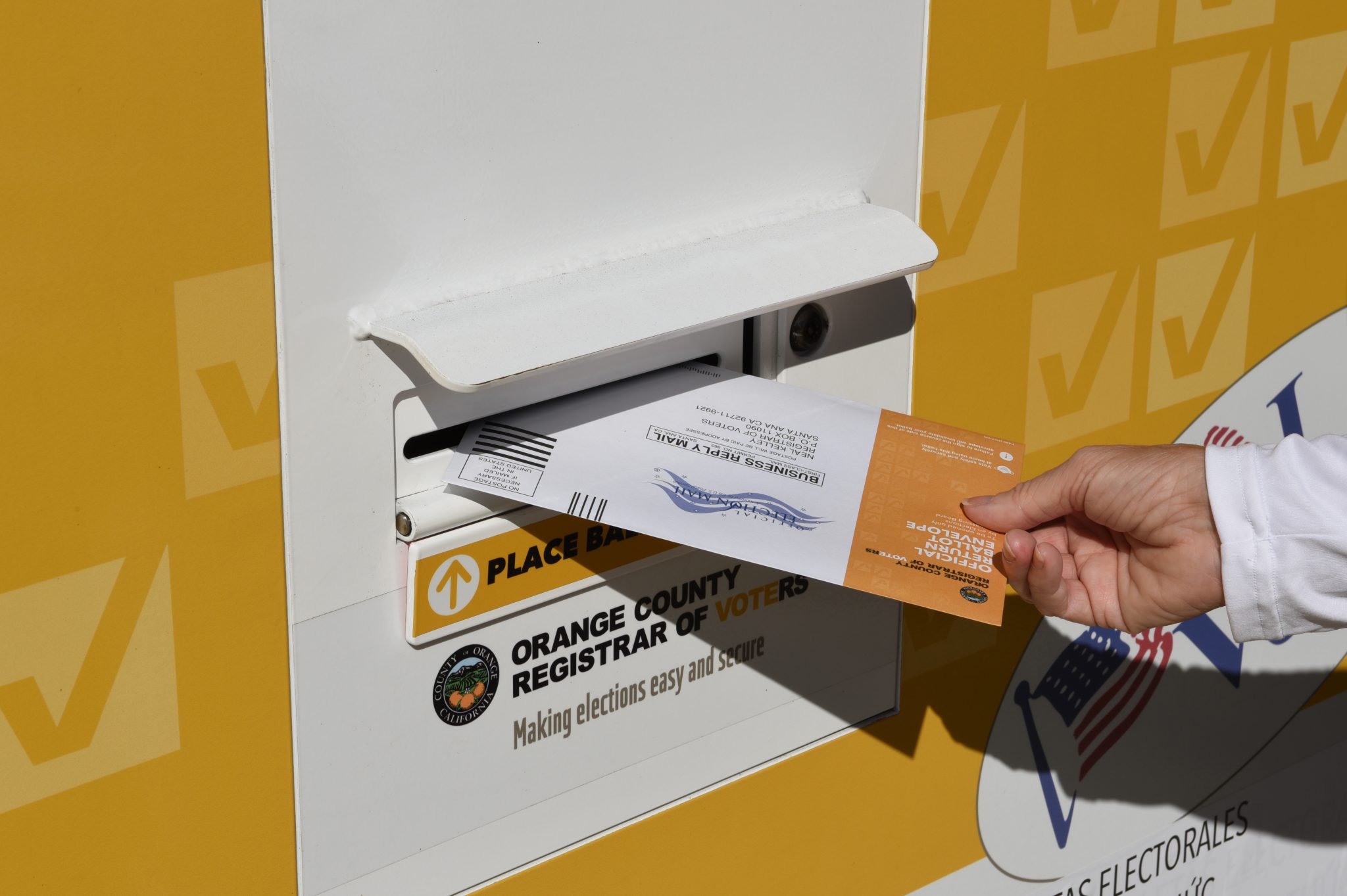 The California Republican Party made national news this week after it took responsibility for placing 50 ballot drop boxes throughout Orange, Los Angeles, and Fresno counties as part of a ballot-harvesting plan that was destined to backfire. The party labeled some of its unofficial boxes as “official” ballot boxes, which has led to a state cease-and-desist order, an investigation from Orange County’s district attorney, and terrible publicity.

“The actions of the largely marginalized state party come at a moment when Republicans and Democrats are engaged in a bitter national struggle over voting rights,” the New York Times intoned. A party spokesperson told reporters that Republicans would continue to distribute the boxes without adding identifiers. You can blast the Times if you want, but the party’s leadership deserves brickbats for giving its foes so much ammunition.

Parties need to realize they’re playing with fire by embracing strategies that lead Americans to question the validity of the final election results.

The state GOP is indeed “marginalized.” According to the latest registration tallies, the party has edged past No Party Preference to, once again, become California’s second-largest party. Beyond that, it’s bad news. The party fears further legislative losses even though Democrats already hold supermajorities. It faces long-shot odds to gain back lost congressional seats in its one-time Orange County bastion. This controversy will only reduce its odds.

Despite the bad optics, the party’s ballot-box ploy isn’t as awful as the headlines suggest. In 2016, former Gov. Jerry Brown signed Assembly Bill 1921, which legalized “ballot harvesting.” California’s previous vote-by-mail laws allowed a spouse, child or sibling who lives in the same household to return the voter’s ballot to an official drop-off point. That was reasonable. The new law, however, allows any “designated person” to hand in the ballots, which is an invitation to abuse.

The law empowered Democratic Party operatives to collect large numbers of ballots at nursing homes and union halls and even go door-to-door to collect them. Follow-up legislation even forbade registrars from tossing out ballots if the person who returned them did not fill out the authorization correctly. Both parties were free to harvest ballots, but Democrats – unsurprisingly – did so more effectively. Republicans blamed their 2018 losses on the new rules.

Unfortunately, this ballot-box idea was the GOP’s club-footed response to that cynical new law. Who couldn’t imagine the bad press — and how Democratic state officials, who control virtually everything here, would have responded? As Joel Fox correctly explained in his recent Fox and Hounds column, “The new ballot boxes are clearly a campaign tactic that is brought on by the change in the law and how to use it. Or some might say, misuse it.”

Courts will determine whether the GOP ballot boxes complied with the fine print of the vague ballot-harvesting law, but it’s hard to see what the party would have gained even if it went according to plan. If the state confiscates the unofficial boxes, that could impede the counting of GOP-friendly ballots. The party’s effort also has diverted attention from a more disturbing voting-rights scandal.

Republican senators last month expressed concern to the state controller and other officials about Democratic Secretary of State Alex Padilla’s $35 million contract to pay for voter-outreach efforts. They not only questioned the enormous size of the expenditure, but the use of a firm “that advertises itself as being a member of ‘Team Biden’ on its website.” This certainly creates the impression that state election officials are something less than fair-minded.

The contract didn’t sit well with the Sacramento Bee’s editorial board, either. “What is California Secretary of State Alex Padilla hiding?” an editorial asked. “His decision to award a $35 million contract to a public affairs company connected to Joe Biden’s presidential campaign raises serious questions about Padilla’s judgment.” It also complained that “Padilla’s office is hiding the contract from public view.”

Fortunately, Democratic Controller Betty Yee earlier this month rejected the contract. Still, the effort was appalling and, for some reason, didn’t merit similar New York Times coverage. “Misleading voters is wrong regardless of who is doing it,” Padilla told reporters, regarding the GOP’s ballot-box efforts. True, but it’s also wrong to use public funds to hire a partisan-seeming company to do official outreach efforts. The hypocrisy is a bit much to stomach.

It’s OK to wage partisan grudge matches as we head into a general election, but the parties need to realize they’re playing with fire by embracing strategies that lead Americans to question the validity of the final election results. The same holds true for broad attacks on absentee balloting, which has a long and noncontroversial tradition, has lower fraud rates than traditional voting, and — until recently — provided no partisan advantage.

Absentee ballots require people to request ballots, whereas some expanded mail-voting procedures have registrars automatically send ballots to voters. At least 34 states have no-excuse absentee voting where voters can request a ballot for any reason (and not just for being out of town on Election Day). In Oregon, where voters have primarily voted by mail for the past 20 years, the fraud rate is an infinitesimal 0.000004 percent.

The GOP’s ultimate goal should be to step up its statewide election efforts. It should embrace a fairly broad approach to absentee voting, but take a firm stand against any form of ballot harvesting. Here in California, we’re stuck with that awful harvesting law, but the real cause of this ballot-box fracas was the cynical law that allowed it.