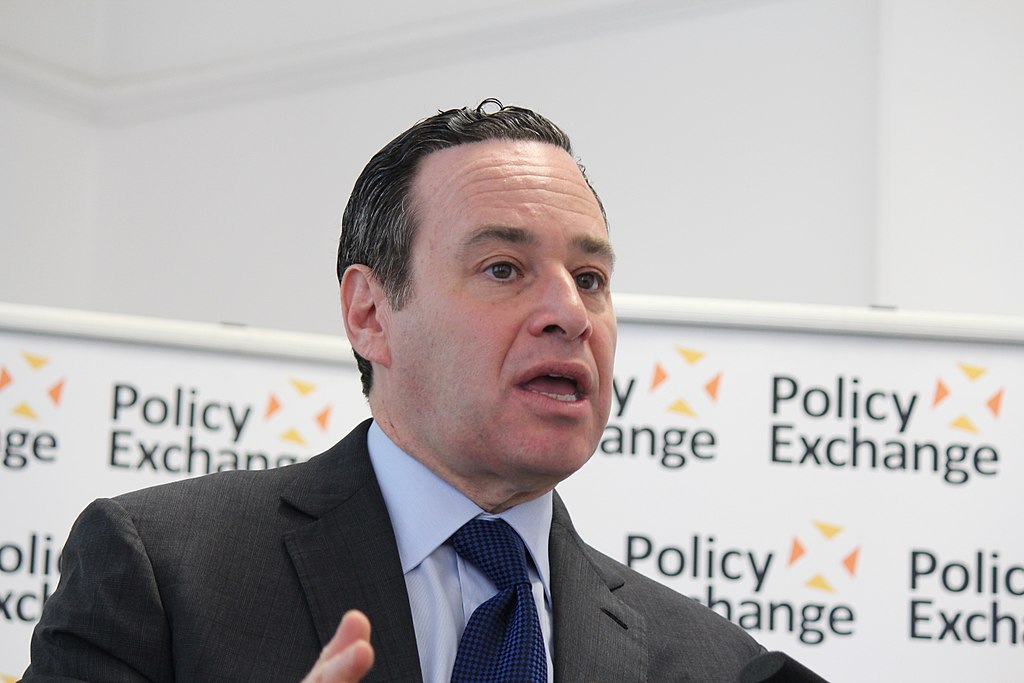 Ya gotta love it.

As the news reports that former President George W. Bush will host a fundraiser for the embattled, Trump-hating Rep. Liz Cheney, the daughter of his former vice president, Bush’s ex-speechwriter-turned-Atlantic writer David Frum lends to the cause by trashing Trump voters as fat drug addicts. Pigs with pills.

Recall that Liz Cheney is being challenged for re-nomination by Trump supporter Harriet Hageman. Hageman has earned Trump’s endorsement.

Into the environment of Trump-hating GOP Establishment elitists comes this Frum interview with journalist Matt Lewis, with Frum saying this as headlined at Fox:

‘If you found a county where there is a lot of obesity and drug abuse, that’s where you had a lot of Trump votes’

Among the jewels tossed off by Never Trumper Frum were:

In other words, the condescending elitism that stains the GOP Establishment just pours forth from Frum. But coming as it does on the heels of the announcement that his ex-boss President Bush is hosting a fundraiser for Liz Cheney? The combination of the two will tell Wyoming Republicans everything they need to know about the state of the doddering GOP Establishment.

In fact, the Trump GOP base is hardly an “elderly” party. All one has to do is go to a Trump rally and it is instantly clear there are hundreds and hundreds of enthusiastic and decidedly young Trump fans in attendance, with lots and lots of lung power and energy to spare. I’ve seen it personally and repeatedly.

But Frum’s disdain — and the GOP Establishment’s disdain — for working Americans could not be clearer. And it isn’t new.

Here is Ronald Reagan on this subject in his 1989 book Speaking My Mind: Selected Speeches. In the introduction to his 1981 appearance at the Conservative Political Action Conference, Reagan wrote this:

I also can’t tell you how embattled we felt over the years. The pundits and the intelligentsia often treated us as if we were some kind of Neanderthals, our brains developed barely enough to come into our caves out of the rain. We were often ridiculed and usually dismissed. Such treatment only strengthened our ideals and our resolve.

Proving Reagan’s point were comments like these from GOP Establishment types of the day:

*Reagan was “a minority of a minority” who “has been taking some extreme positions.” (NY Gov. Nelson Rockefeller).

*Reagan’s positions  are “so extreme that they would alter our country’s very economic and social structure and our place in the world to such a degree as to make our country’s place at home and abroad, as we know it, a thing of the past.” (NY GOP Sen. Jacob Javits).

*A Reagan presidential candidacy would be “foolhardy” and would lead to a “crushing defeat” and “it could signal the beginning of the end of our party as an effective force in American political life.” (Illinois GOP Senator Charles Percy).

And on and on it went. Which is to say, in the day, Ronald Reagan was, like Donald Trump today, completely disdained by the GOP Establishment. Reagan, also like Trump, could have cared less.

The core of the Frum/Bush/Liz Cheney/GOP Establishment disdain for Trump and the Trump base was actually pinpointed back there in 2010, a full six years before Trump was elected — by Boston University professor emeritus Angelo Codevilla. Professor Codevilla, sadly, passed away in a car accident this week, but my colleague Paul Kengor has completely captured the Codevilla analysis that originally appeared right here in the pages of The American Spectator in 2010.

Paul noted this in his Codevilla tribute:

“Among his many pieces for The American Spectator, none had the impact quite like Angelo’s piece for the July/August 2010 issue. Billed on the cover of the magazine that month as “America’s Regime Class,” the piece was titled inside, “America’s Ruling Class.” The article made a big splash, and was the most-read piece published by the magazine in 2010. That impact was made possible because Rush Limbaugh made a huge deal out of it. Limbaugh loved it, devoting an unusual amount of his airtime reading at great length from the article, which clearly struck an unexpected chord with the man who had the No. 1 radio talk-show in America. (The article would be quickly expanded into a short book published that same year under the title, The Ruling Class: How They Corrupted America and What We Can Do About It, and with an introduction by Rush Limbaugh.)

In his essay, Codevilla describes the underlying attitude of the American Ruling Class, an attitude perfectly exhibited by Frum in this latest anti-Trump tirade with Matt Lewis, not to mention vividly exhibited by Never Trumpers Liz Cheney and, sadly, President Bush. Wrote Codevilla in 2010 in these pages of the Ruling Class attitude:

Its attitude is key to understanding our bipartisan ruling class. Its first tenet is that “we” are the best and brightest while the rest of Americans are retrograde, racist, and dysfunctional unless properly constrained.

The opposite of the Ruling Class was what Codevilla described as the “Country Class,” writing this:

Nothing has set the Country Class apart, defined it, made it conscious of itself, and given it whatever coherence it has, so much as the Ruling Class’ insistence that people other than themselves are intellectually-and hence otherwise humanly — inferior. Persons who were brought up to believe themselves as worthy as anyone. Who manage their own lives to their own satisfaction, naturally resent politicians of both parties who say that the issues of modern life are too complex for anyone but themselves. Most are insulted by the Ruling Class’ dismissal of opposition as mere “anger and frustration” — an imputation of stupidity — while others just scoff at the claim that the Ruling Class’ bureaucratic language demonstrates superior intelligence.

It would be hard to have a better description of what so passionately animates today’s legion of Trump supporters than that.

The question here is whether, in seeking to help Cheney, the Bush fundraiser and comments like those from Frum will wind up backfiring on Cheney. Giving her opponent and the opponents of other Trump-supporting candidates against GOP Establishment types even more ammunition to defeat them.