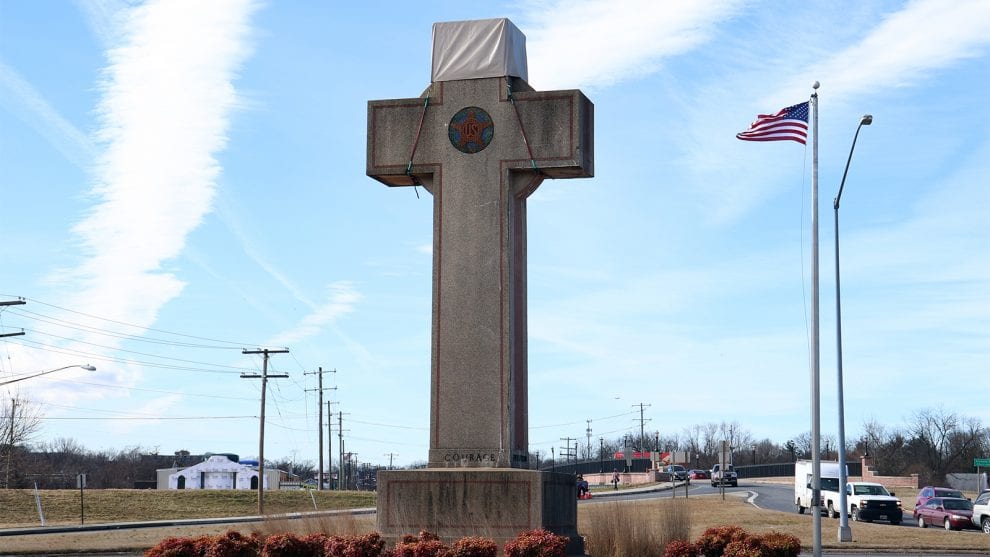 As an exercise in self-immolation this July 4th fireworks season, I read Ruth Bader Ginsburg’s dissenting opinion in the Bladensburg cross case. It’s a flaming attack upon religious freedom — the first freedom in our Bill of Rights. At the least, it’s a smashing example of a Supreme Court justice endorsing the destruction of religious symbols on public property. Or at least where large Christian crosses are concerned.

The Ginsburg opinion, supported by a demolition crew of one — namely, Justice Sonia Sotomayor — is not only a crushing indictment of judicial acumen but also of our process of judicial appointments. Someone of such obviously partial and superficial mind should never have been nominated to the high court (by President Bill Clinton), let alone approved by a Senate vote of 96 to 3. Not even court liberals like Stephen Breyer and Elena Kagan deigned to agree with Ginsburg on this one. And yet, it’s such unhinged radical-left activism that endears Ginsburg to progressives. For anti-religious progressives, Bladensburg will be another brick in the large monument they’ll be erecting to their “Notorious R.B.G.” (surely on public property and with government dollars).

I apologize for my harsh words, but it’s difficult to write honestly about Ginsburg’s Bladensburg opinion without sounding harsh. One is instantly struck by the utter shallowness of the opinion, and by the religious hostility, bigotry, and intolerance. Whatever clerks helped write this opinion for R.B.G. are clearly hardened leftist ideologues. This opinion could have been lifted from a 600-word op-ed piece at Huffington Post.

First, the context of what happened.

I wrote here a few weeks ago about the Bladensburg cross case as one of the major Supreme Court decisions coming up in the current term. Miserable secularists demanded the tearing down of a large cross that serves as the centerpiece of a veterans’ memorial in Bladensburg, Maryland — a memorial erected in 1925 by Gold Star mothers in honor of their 49 fallen boys who paid the ultimate sacrifice in World War I. The angry secularists wanted the cross bulldozed because it’s a religious symbol on government property.

Even more offensive was the recommendation of the judge who ruled against the cross. During oral arguments in the U.S. Court of Appeals for the 4th Circuit in Richmond, Virginia, Judge Stephanie Thacker asked the attorney defending the memorial, “What about … my suggestion of chopping the arms off?”

Yes, remove the arms from the cross and it could stay. To repeat: cut the arms from the cross. De-Christianize it, dismember its religious meaning, give it the Jacobin treatment, and the cross can remain; otherwise, to the dumpster. As to those Gold Star moms who intended that cross as an eternal memorial to their sons’ sacrifice, to hell with them. Their cross was offered two options: chopping block or trash heap. No toleration for those sentimental old biddies and their Christianism.

The case went all the way to the high court. Mercifully, the Supreme Court voted 7-2 in favor of the cross. Half of the court’s liberals (again, Stephen Breyer and Elena Kagan) joined the moderates and conservatives. The two who dissented were Ginsburg and Sotomayor.

The 7-2 ruling is a victory for decency. But what I found most interesting about the majority opinion, written by Justice Samuel Alito, and the minority opinion, written by Justice Ginsburg, is this: I had written in my Spectator column that if these secular forces want to establish a standard of taking the wrecking ball to large religious monuments on public property, they better be careful what they wish for. Sure, the modern Jacobins have crosses in their crosshairs, but the Christian cross isn’t the only religious symbol. I asked: Are there any large Stars of David erected on government property that likewise should now be targeted? Should we launch a nationwide search to put them on the chopping block?

Interestingly, the court majority pointed to two such examples, notably a Star of David monument recently erected in South Carolina (in 2001, much more recently than the Bladensburg cross) to commemorate victims of the Holocaust, as well as the Philadelphia Monument to Six Million Jewish Martyrs, which depicts a burning bush, Torah scrolls, and a blazing menorah.

Hmm. Well, what about those, Justice Ginsburg? Going by your standard, supported by Justice Sotomayor, it’s time to remove these monuments, or at least cut out the religious portions.

“As I see it, when a cross is displayed on public property, the government may be presumed to endorse its religious content,” wrote Ginsburg, in a ludicrously erroneous assumption of mistaken intent in the Bladensburg case. The town of Bladensburg is not seeking an “endorsement” of Christianity by not ordering tractors to rip down a cross planted as a customary symbol to dead boys memorialized by their moms a century ago. Ginsburg’s presumption is ridiculous. Worse, look at the categorial, sweeping language in her statement. Must we presume that every cross erected on public property in America, regardless of initial intent, is a de facto endorsement of “its religious content” by the “government”?

Maybe the most telling words in Ginsburg’s opinion are these: “As I see it.” Indeed, that’s how a bizarre Ruth Bader Ginsburg uniquely sees it. This is her view completely, one fully divorced from the facts at hand.

But again, here’s a more crucial question, given the implications of the Ginsburg standard: What if this were a Star of David? Let’s apply Ginsburg’s statement to the Jewish memorials in South Carolina and Philadelphia: “As I see it, when a Star of David is displayed on public property, the government may be presumed to endorse its religious content.”

Do Justice Ginsburg and Justice Sotomayor still feel that way now that the symbol is a Star of David? My mind doesn’t change. I support both religious symbols remaining intact. Do they?

Get out the chainsaws, R.B.G. Let ’em rip! It’s time to pay the progressive piper. These are your lousy rules. Enforce them, live by them. What a better America it will be!

Bear in mind, of course, that such an action would be a sickening outrage. Picture it. Visualize the demolition crew at work at the Holocaust memorials in South Carolina and Philadelphia. Imagine the welder torching and converting the Burning Bush into some mangled mass of metal that represents anything but the Burning Bush — anything but some dangerous religious symbol on government property. Picture the rabbis trying to stop such a hideous act of aggression commanded by the state enacting and enforcing the Ruth Bader Ginsburg standard.

Is this the America of our Founding Fathers? Whatever happened to the promise of the “free exercise” of religion?

To repeat my original question: Do Ginsburg and her secular-left pals even realize what they’re doing here? Do they grasp the full implications?

Honestly, probably not. Knee-jerk secular liberals don’t think deeply enough about the consequences of their salvos in their culture war. They don’t even know what they’re stepping into. Christianity is in their crosshairs, not Stars of David. Just like progressives have no desire to sue a Muslim baker in Dearborn who refuses to make a cake for a same-sex wedding. The Muslim is off the hook. Secular leftists want Christian scalps in their culture war.

Thus, if the Bladensburg memorial had been a giant Star of David, it wouldn’t have made it to the high court to begin with. Why not? First off, because American Christians aren’t obnoxious and vicious and intolerant to their Jewish brethren. Moreover, liberal groups like the ACLU and the American Humanist Association, which are hostile to Christianity, wouldn’t bother challenging Jewish religious symbols. They only have a vampiric reaction to large Christian crosses. And further, the likes of Ginsburg would do a 180 anyway, effortlessly pivoting to a double standard. Liberals easily find ways to rationalize their ideological contradictions. Secular liberalism is driven by blind, emotional rage at its opponents.

So, stop the hypocrisy and start targeting non-Christian symbols as well? Not a chance from these ideological jesters.

In the meantime, America, enjoy your July 4th, but please realize that freedom of religion is just a few votes short of the bulldozer of secular progressivism.