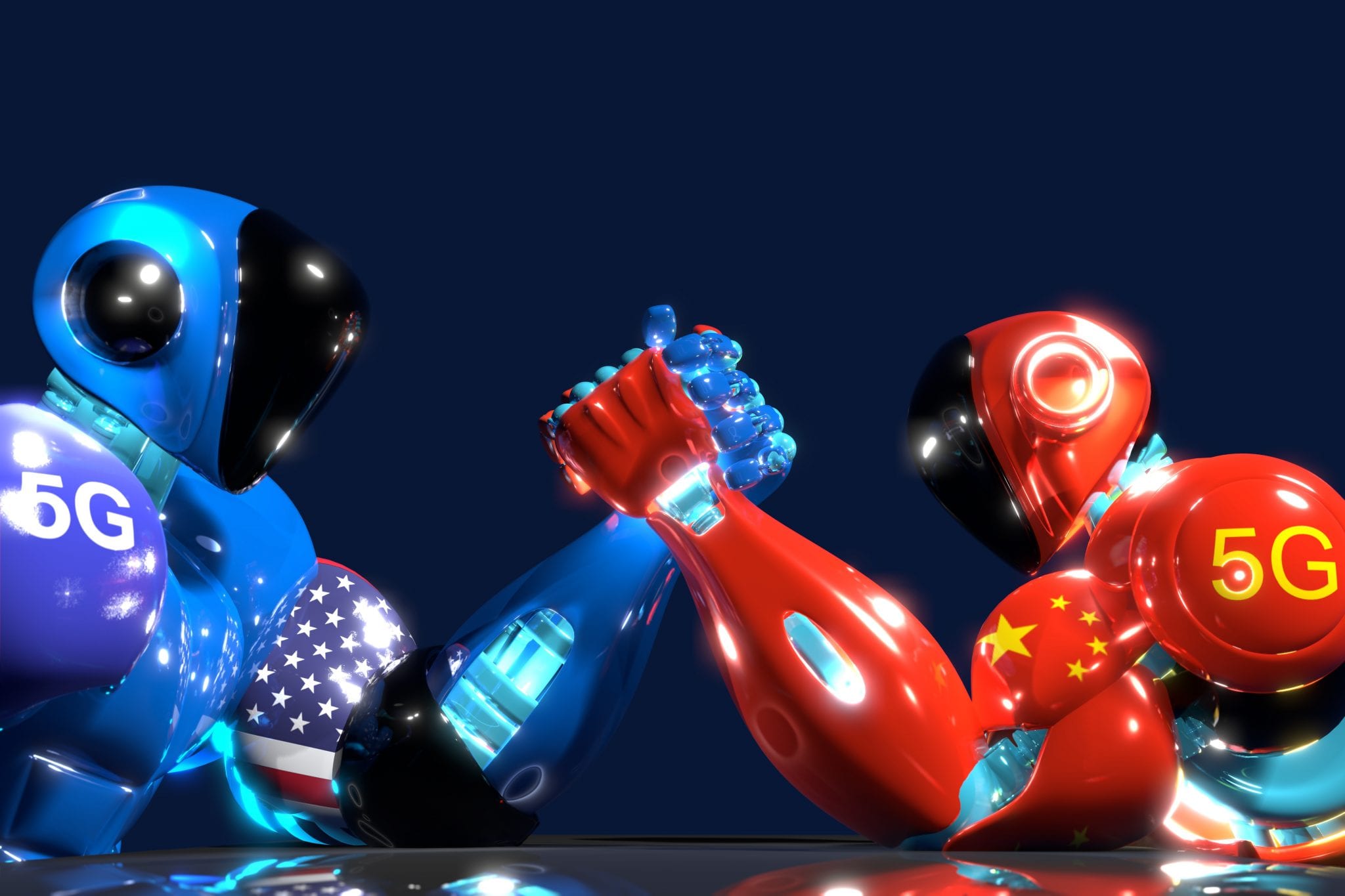 The Internet of Things is in the starting blocks and the race is on to create the premier 5G network that will power the next phase of connectivity. The networks of the future hold great promise, making the leap from a world of connected individuals to a world of connected devices. In addition to the conversations and communications of today, The Internet of Things adds driverless cars, drones, and a host of applications yet to be discovered.

While it is clear that the United States led the global adoption of 4G networks, concerns have been raised about the nation’s leadership in the evolution to a 5G network. Specifically, China has announced its intentions to leapfrog technologies and dominate the world’s 5G networks. Government funding and subsidies through its Belt and Road initiative have allowed China to make substantial inroads into the global market for 5G networks. In response, some in the United States, including Trump campaign advisers and former House Speaker Newt Gingrich, are claiming national security threats require a nationalized network for the United States as the way to win the 5G race.

The argument is not new, nor is it convincing. Just last year, there were discussions of a nationalized energy sector, with the claim that coal and nuclear plants were struggling to compete in a market where natural gas has risen to dominance. Energy is vital to national security, the argument goes, so government intervention is warranted. Elsewhere, the administration has pressed the national security argument to support tariffs.

However, it is not intuitively obvious that a nationalized network with wholesale open access would prove superior with respect to security, privacy, and reliability when compared to the competitive market that shaped today’s networks run by the major carriers. In some ways, creating a wholesale open access market reduces some of the redundancies in the existing network, which may actually increase cybersecurity threats.

And more importantly, a nationalized wholesale market is decidedly a step back in the evolution of communications networks. As Professor Tom Hazlett, former FCC chief economist, describes in his book The Political Spectrum, the latter half of the 20th century was largely an exercise attempting to liberate spectrum appropriated by the FCC in the early part of that century. While far from complete, transferring spectrum to the private sector ushered in a wave of innovation, driven by competition and consumer demand. Indeed, the goal should be to grant more flexibility in the use of spectrum to encourage more innovation and greater diversity in the market.

Moving forward requires greater competition and fewer regulatory impediments, including state and local regulations that raise costs and delay the deployment of the critical infrastructure necessary to support a 5G network. To this end, the FCC recently endorsed new policies to limit unnecessary impediments to 5G deployment by state and local governments. This is an important step, as is the need to improve the allocation of spectrum necessary for 5G across the country.

Deploying the fiber and small cell technologies to handle 5G communications is a substantial undertaking, and there is clearly a race underway between China and the United States for 5G leadership. And while there is reason to be concerned about Chinese dominance in the future 5G market, the answer is open markets and dynamic competition in the deployment of 5G. Economists have long known the dangers of regulated monopolies; the losses they impose on the economy reduce both consumer welfare and innovation.

In the United States, both Verizon and AT&T already are selling 5G products, a metric that puts the nation ahead of China. By another metric — nationwide deployment — many analysts believe China will be first across the finish line. But it must be remembered that the promise of 5G requires more than deployment. Ultimately, it is the rollout of the Internet of Things with virtually instantaneous communications between humans as well as machines. It is an exponential leap in connectivity that can transform economic activity. But doing so requires entrepreneurship and innovation, qualities that are better left to the private sector. Open and competitive markets have allowed U.S. firms to excel and dominate global markets, as can be seen by U.S. leadership in the tech sector. Achieving the full potential of a 5G economy can only be accomplished through policies that empower the private sector to build our connected future.