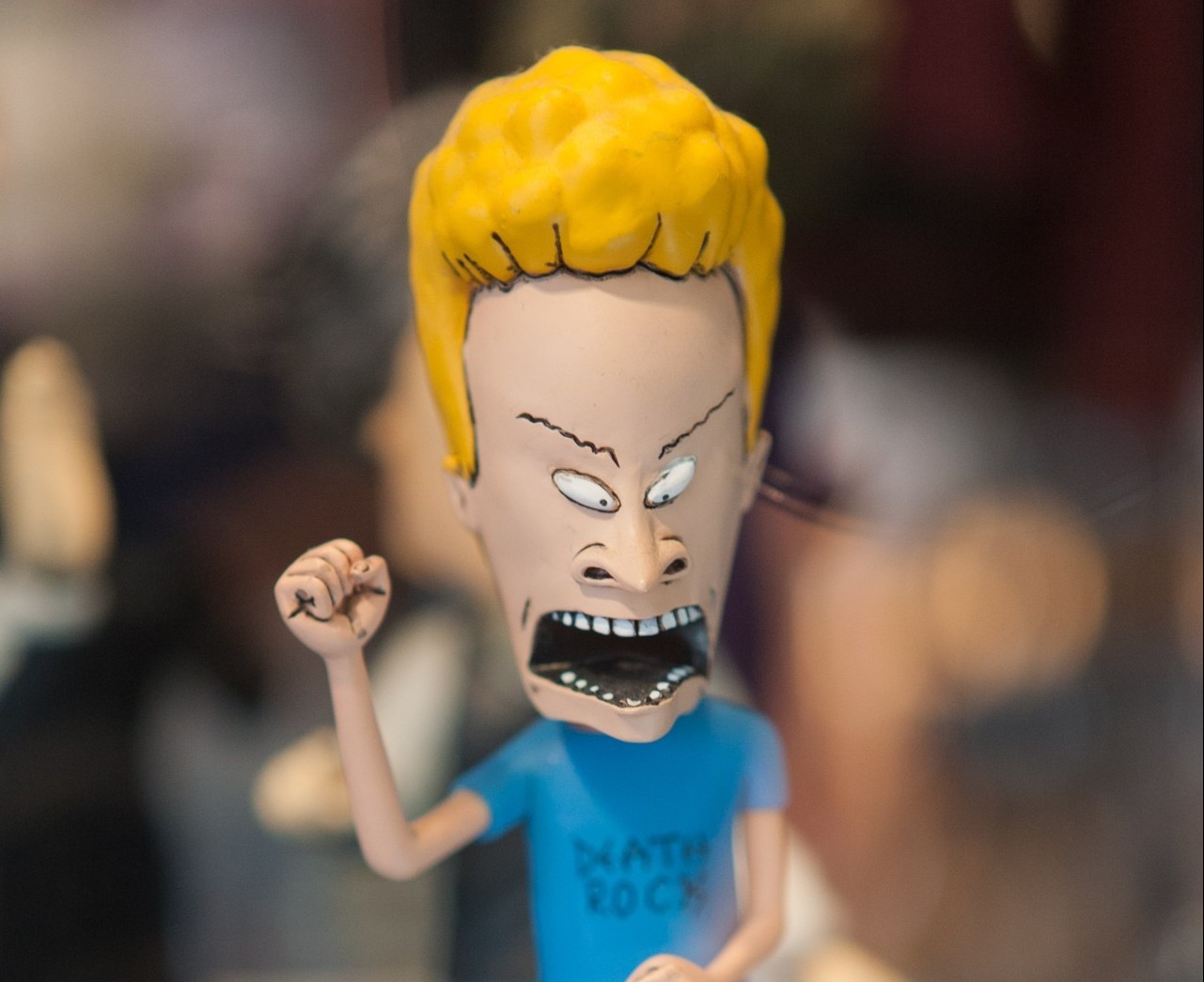 Beavis and Butt-Head, to borrow from their lexicon, rule.

The undynamic duo return in the streaming movie Beavis & Butt-Head Do the Universe on Paramount+.

Does your home also contain one or fewer televisions (perhaps a black-and-white dumb TV?) that dooms prospects for watching Hulu, Netflix, Disney+, etc.? Do not fret. Impose on a younger neighbor in 2022 the way the headbanging teens imposed on a Korean War veteran, neighbor Tom Anderson, in 1992.

The streaming (he said streaming) revival celebrates Gen X Year Zero by its protagonists wearing AC/DC and Metallica shirts, riding on a Space Shuttle, and wandering about their neighborhood sans helmets and adult minders. And then it boldly goes where another Mike Judge movie, the wildly underrated (save for by the 9,431 people who watched it and overate it by their annoying evangelism) Idiocracy, has gone before: the future. The trailer tagline calls Beavis & Butthead Do the Universe “The Dumbest Science Fiction Movie Ever Made.”

Yet, as this must-watch scene demonstrates, only dumb people can truly educate smart people about their idiocy. The titular characters wander into a college classroom. Its denizens lecture them on their white privilege. Beavis and Butthead learn the wrong lessons (or maybe they don’t). It all seems a role-reversal: people from the past mocking the people sitting in a present-day classroom.

Buffcoat and Beaver: now more than ever.