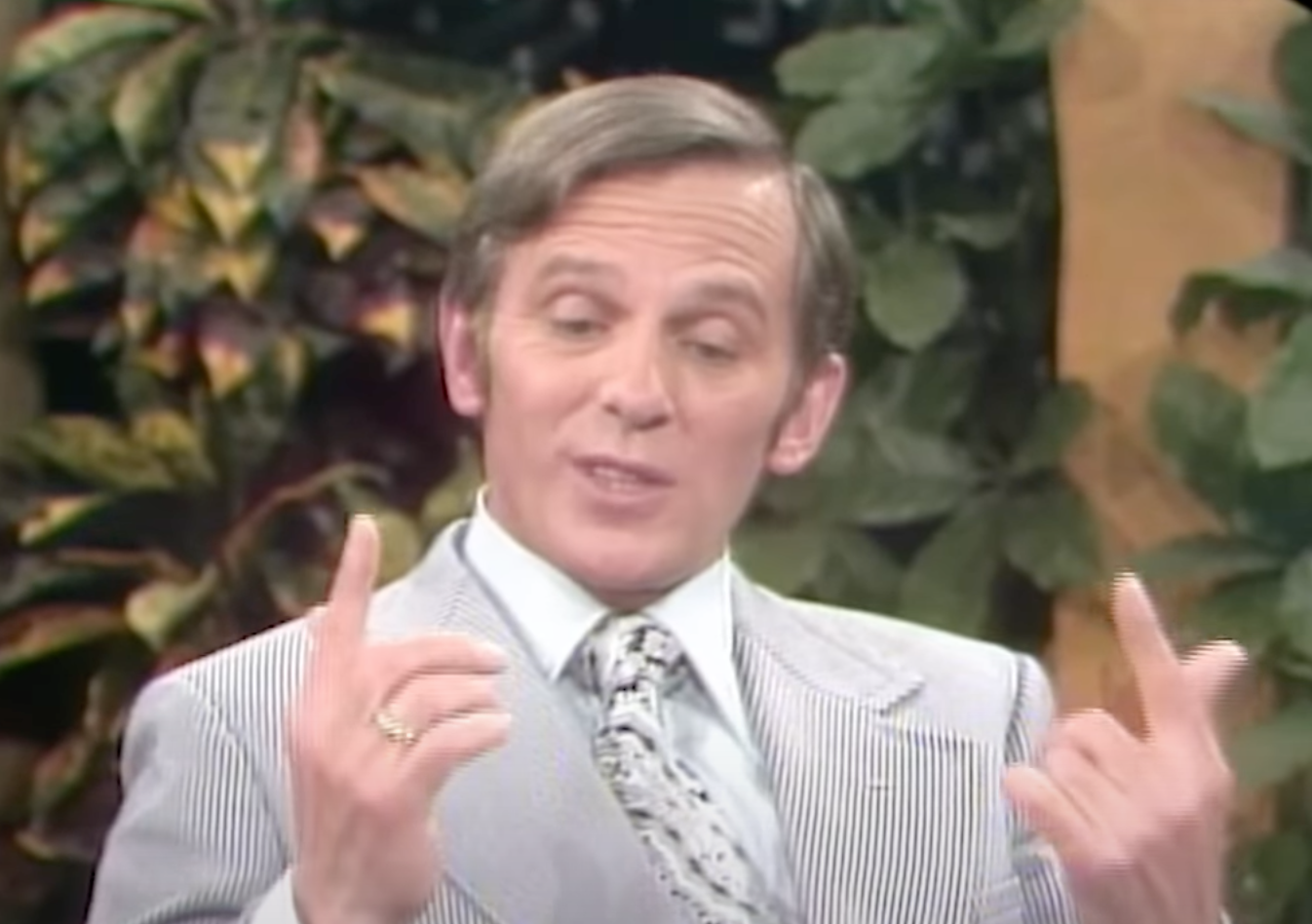 The Dutch missionary Andrew “Anne” van der Bijl passed away on Sept. 27. Virtually no one knew him by that name. He was known to the world as Brother Andrew, a name chosen to disguise his identity. “God’s Smuggler,” another nom de plume, came from his risky start smuggling Bibles into the Soviet Union and Eastern European bloc. Out of that experience came his book by the same name.

Challenging the Evil Empire, as President Ronald Reagan termed the Soviet project, was dangerous. Brother Andrew began with a trip to West Berlin, a refuge for many fleeing communism. Then came a trip to the 1955 World Festival of Youth and Students in Poland. A year later, he drove to Moscow. Success depended on failure, the failure of communist border guards to notice — or say anything if they did see — the Bibles, literature, and other seditious materials that he was carrying. According to him, he prayed: “Lord, when you were on earth, you made blind eyes see. Now, I pray, make seeing eyes blind.”

Many times, they were, but not always. Brother Andrew was arrested and deported by Yugoslavia, after which he founded Open Doors. The organization turned into a major force against persecution and for the victimized. Last year, Open Doors provided nearly 700,000 people with emergency relief, distributed 1.3 million Bibles and other religious materials, and trained 3.4 million people.

These states typically are animated by virulent hostility and engage in brutal repression. Other oppressors are more restrained publicly, making them, in a sense, more dangerous. Brother Andrew learned this lesson early, discovering:

[T]he subtle ways in which the communist authorities, instead of banning the Church, ground down its leaders and worshippers, ensur[ed] that they were demoralized. Christian agitators lost their jobs for spurious reasons and were denied university places without explanation. State-sponsored official churches gave the impression of a freedom of faith while underground churches, where allegiance to the state did not go hand in hand with allegiance to faith, were persecuted.

The organization’s reporting helps inform Christians and people of goodwill around the world about the often-brutal oppression of people of faith. Religious liberty is disfavored by the Washington foreign policy establishment, as fighting for the practice of religion is an embarrassment to many of its members’ senses of modernity and morality. However, the absence of religious liberty, the most fundamental freedom of conscience, in numerous countries should serve as the proverbial canary in a coal mine — signaling large, potentially fatal political failures.

It is impossible to judge which of Open Doors’ activities is the most important. The public desperately needs to be educated about the problem of religious persecution. Those living in inhospitable conditions require assistance. And, most dramatically, those suffering active persecution need a champion. Open Doors takes on all three roles.

Brother Andrew was best known for actively combating persecution. Beyond the Soviet empire, he traveled to nations as diverse as China, Cuba, and Uganda. After the USSR’s collapse, he focused more on the Middle East, visiting nations ranging from Lebanon to Pakistan. Over time, he improbably met with leaders of the Palestine Liberation Organization, Hamas, Hezbollah, and the Taliban. He criticized evangelical support for military intervention and for the Global War on Terrorism.

His Dutch passport gave him access to countries from which Americans are barred. He seemingly feared no country. That undoubtedly reflected his faith, but his background helped prepare him. As a teenager, he was involved in the Dutch resistance to German occupation. Then he served in the Netherlands’ colonial army in the East Indies, which had been seized by the Japanese and soon became Indonesia. His conversion came on colonial duty while recovering from a gunshot wound in the care of Christian nurses.

Danger seemed to inspire him. In 1968, he visited Czechoslovakia, handing Bibles to Soviet troops, who had ended the Prague Spring. When Middle Eastern terrorism came to the fore, he told Christianity Today:

We are fearful because we stay home and prepare for the worst to come, because we think that’s what they are planning. That may be true, but it’s because of our inactivity. The moment we take the offensive and plan to go there, we lose our fear.

The Christians there can do nothing unless we start doing something. They depend on us. We are one body in Christ. We are not reaching out to the Arab Christians or to the Palestinians, nor barely to the Messianic Jews, and we are certainly not reaching out to the other Jews with the gospel because they are already God’s people, and they have no choice and we don’t give them a choice. [Middle Eastern Christians] have few resources in their own country, and we in the West have all the liturgy and all the wealth and all the insight and knowledge. This is our eternal shame. We ought to do something.

He did. Again and again. And Open Doors’ work challenged the rest of us to do something as well. After all, as he observed, “[e]very place is dangerous,” including “[e]very place outside the will of God.”

Some might find his example daunting. How many of us are able to personally smuggle Bibles and aid the oppressed? How many of us would be willing to do so if presented with the opportunity? Brother Andrew dismissed any claim that he was exceptional. “I am not an evangelical stuntman,” he insisted. “I am just an ordinary guy. What I did, anyone can do.” When asked if he had any regrets, he said that he “would be a lot more radical” if he “could live his life over again.”

This willingness to go has been a great blessing to the persecuted church, from the time of that first visit to Poland when a pastor stood up after a meeting Brother Andrew attended and said, “We want to thank you for being here. Even if you had not said a word, just seeing you would have meant so much. We feel at times as if we are all alone in our struggle.”

Perhaps the most powerful secular judgment of his work came from the KGB, which was tasked with protecting the Soviet state. The Times reported: “[Brother Andrew] obtained copies of the KGB reports numbering more than 150 pages about his work in the Soviet Union and Eastern Europe. He was surprised that they had known so much about him, but had been unable to stop his work.”

Looking back on Brother Andrew’s life brings to mind Jesus’ teaching about servanthood. After returning from his journey, the master said: “Well done, good and faithful servant! You have been faithful with a few things; I will put you in charge of many things. Come and share your master’s happiness!” (Matthew 25:21, 23).

Brother Andrew was a good and faithful servant. He was faithful with a few things, indeed, more than just a few even here on Earth. He is now in charge of many things, sharing in his master’s happiness. Rest well, Brother Andrew, as the rest of us still here attempt to follow your example.

Doug Bandow is a senior fellow at the Cato Institute. A former special assistant to President Ronald Reagan, he is the author of Beyond Good Intentions: A Biblical View of Politics.