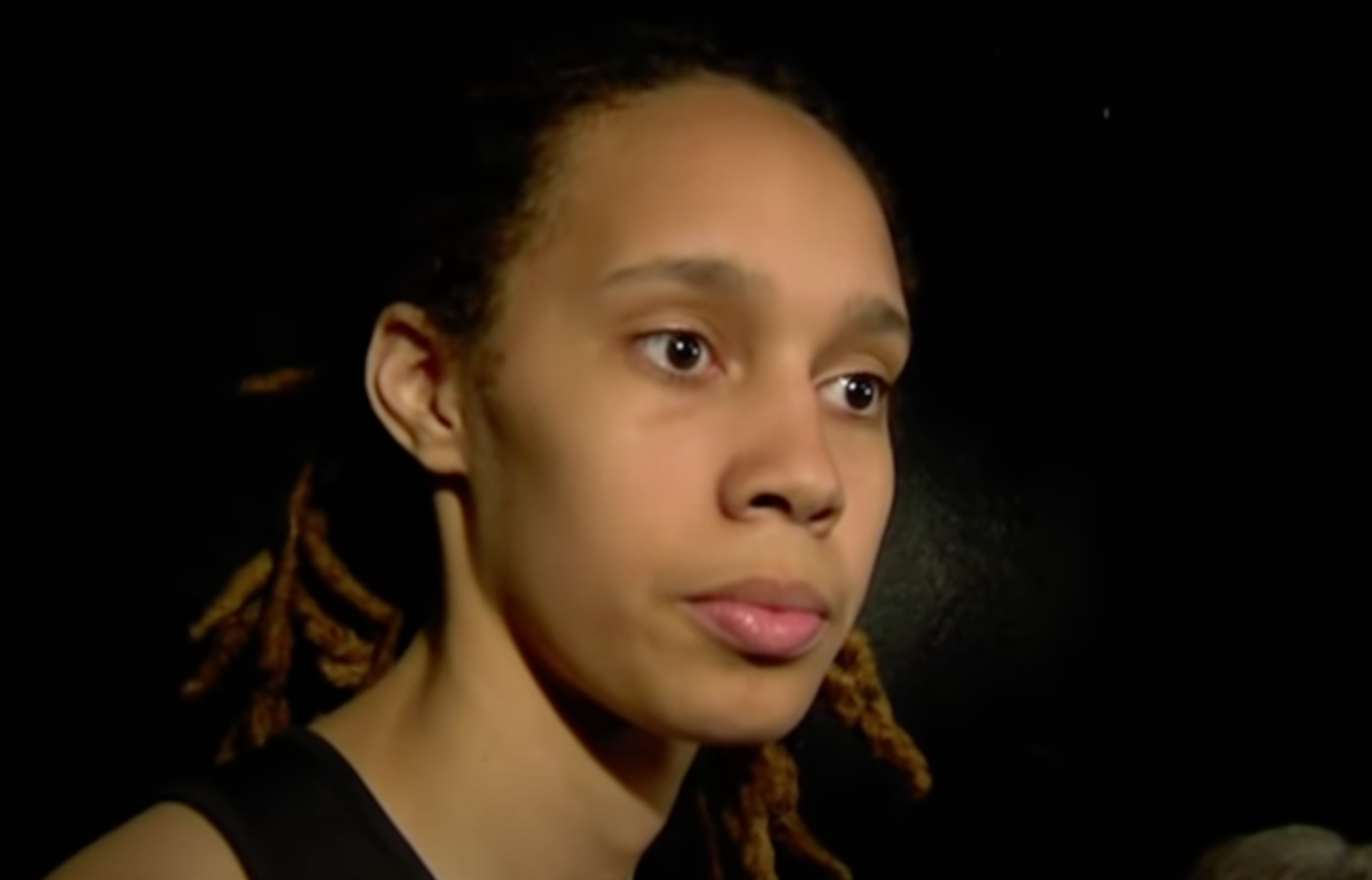 In a prison, in Mordovia,
Sentenced to sit years totaling nine,
Languished a whiner,
A spoiled Griner,
Facing the end of her line.

Some ingrate woman (whatever that word means), a basketball player, now has been described by Joe Biden’s official mouthpiece, Karine Jean-Pierre — another masterpiece — as “represent[ing] the best of America.” Putin’s people had busted the Ingrate in February for bringing vape cartridges containing cannabis oils through a Moscow airport. This woman (so to speak) had better be that special because she now has cost America a valuable prisoner, international arms dealer Viktor Bout, known commonly as the “merchant of death.” To secure the Ingrate’s release from Russian incarceration, Joe Biden now has freed Bout reciprocally, 10 years into his 25-year sentence for (i) conspiracy to kill U.S. citizens and officials, (ii) delivery of anti-aircraft missiles, and (iii) providing aid to a terrorist organization.

In America, you can point your middle finger at the American flag and be rewarded with streams of encomia muttered by the president’s spokesperson. In Russia, by contrast, you bring in vape cartridges and hash oils, and you can end up in prison for life. That is, unless you are lucky enough to have a leftist Democrat president in the oval office who will hand Russia major international criminals so that you can come back to our G-d-blessed shores, secure more cannabis and vape cartridges, and stick it to our flag some more.

The dribbler in question, one Brittney Griner, previously has demanded that the Women’s National Basketball Association (WNBA) stop playing our national anthem before games — or, her threat, she would protest publicly. “The best of America”?

Actually, she is an overpaid lowlife who previously was arrested for assault and disorderly conduct in a fight with her lesbian then-fiancée, resulting in injuries. Griner was suspended at the time by the WNBA for that eruption, and she was required to attend 26 weeks of domestic violence counseling. Happily, she ended up “marrying” the fiancée anyway, but not “happily ever after.” Rather, when Griner’s lesbian wife revealed that she was pregnant with twins conceived in vitro — Mazal Tov! — Griner hurriedly filed for an annulment. Sure, love is love — but, hey, child support is child support, especially when earning WNBA numbers. So Griner concluded that her lesbian “marriage” had not been legit after all. Alas, the court denied the sought annulment, so Griner got stuck with the order to pay child support for the twins. (The good news for her is that child support runs only 18 years or so, twice a Russian prison sentence for smuggling in illegal drugs. At least, with the geminated infants, it was not Brittney in the Gulag Archipelago but her partner in the maternity ward who had to do the hard labor…)

“The best of America”?

There is something about these Democrats in the White House when it comes to making insane prisoner exchanges, releasing the worst of human vermin in our custody, goons who have murdered and brought about countless deaths through their confederates, in return for “the best of America.”

Without advising Congress first as required by law, Obama secretly released five of our Guantanamo prisoners, representing the best of Arab Islamic murderers, in return for Bergdahl. After their release, four of the cutthroats rose to become Taliban leaders in Afghanistan. Fittingly, Obama’s national security adviser, Susan Rice, said on ABC at the time of that prisoner swap that Bowe Bergdahl “served the United States with honor and distinction.” Remember?

Honor and distinction? He ultimately was dishonorably discharged for desertion and misbehavior. Men in his unit died trying to find him after he disappeared. And in exchange for this Best of America poster boy, Obama released butchers Khairullah Khairkhwa, Norullah Noori, Abdul Haq Wasiq, and Mohammad Fazl. The Taliban in Afghanistan ultimately named Khairkhwa to serve as their acting minister for information and culture, Noori as acting minister of borders and tribal affairs, Wasiq as acting director of intelligence, and Fazl as deputy defense minister.

And have we forgotten how Obama set Iranian prisoners free as part of the price extorted by the ayatollahs from an Obama who desperately wanted an Iran deal?

I think of some of the worst trades ever:

But nothing compares to an Obama-Biden trade. When it comes to getting the best deal for the American people, Brittney Griner “represents the best of America” only in the minds of the Obamas, Bidens, and Jean-Pierres who thereby reveal how little they think of the American people who voted for them. If they regard Griner as among the best of them, they thereby demonstrate that they view their constituency with the utmost contempt.

At least on that, we can all agree.