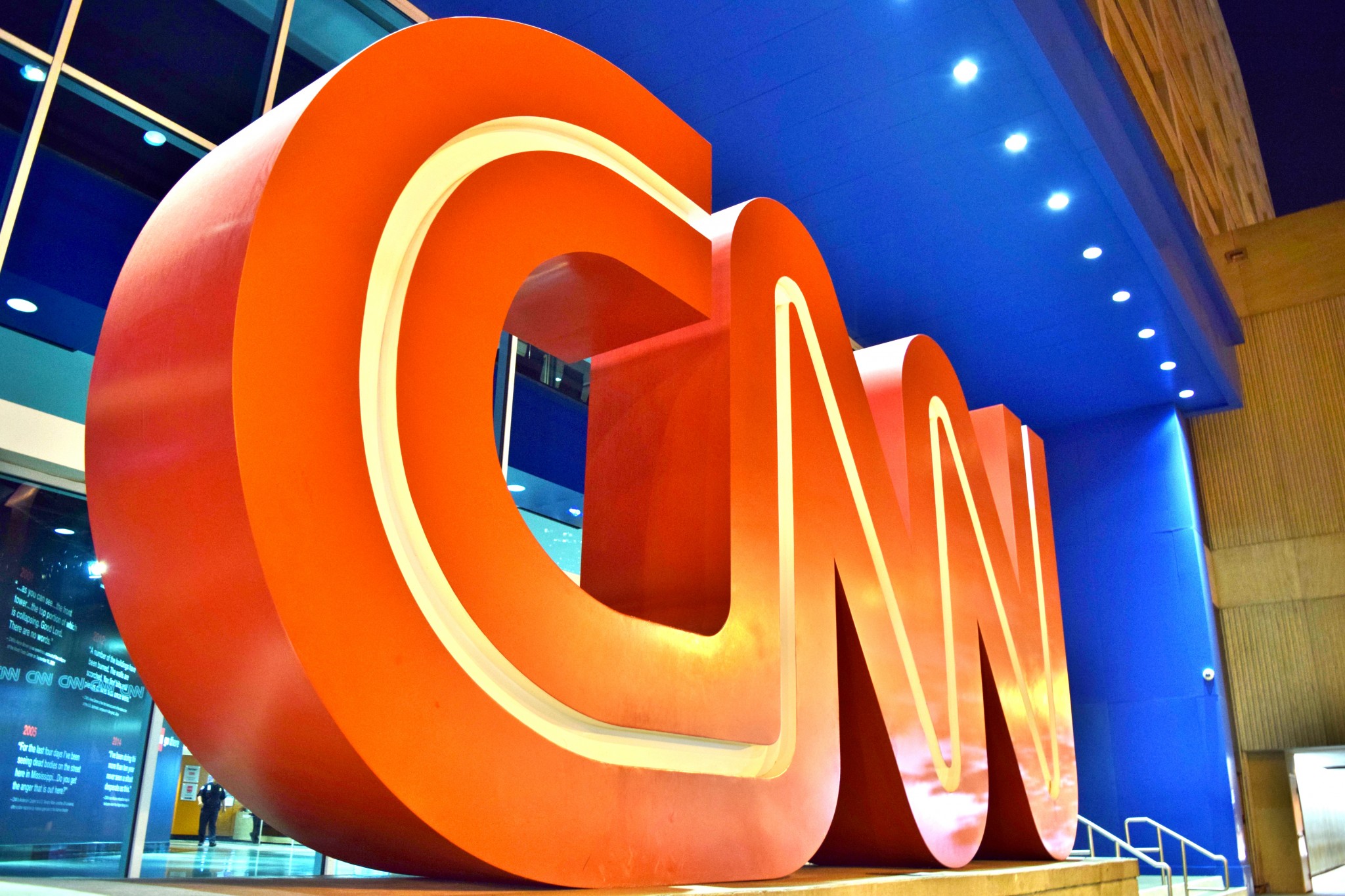 Much of government regulation of private business is unnecessary. What government should and should not do was debated early and often in our republic, with many of our Founders arguing the federal government should not build roads and bridges because if they were really needed, the private market would supply them and charge tolls. That debate was lost through the legal fiction that the federal government needed to build roads to facilitate the delivery of the mail; hence, even today, U.S. 1 along the east coast is called “The Boston Post Road” in many places. As late as the 1950s, the authority of the federal government to build roads was sufficiently controversial that the interstate highway system was justified on the grounds of national defense, and is officially named the Dwight D. Eisenhower National System of Interstate and Defense Highways.

But there are some problems that only government can address efficiently. National defense and policing are two examples. Although as the movement to “defund the police” gains momentum, we see more of the rich hiring private security forces to protect themselves in gated communities. This system in which the aristocracy protects themselves through the private market and “lets the poor be damned” applies in many countries that we used to call “less developed,” but now are told that we must call “developing” (whether they actually are or not).

The examples of areas once regulated by the federal government that have been turned back to the private market, and then are “re-regulated” by government are few and far between. I want to argue, however, that “the fairness doctrine” is the exception that proves the rule and should be bought back from the grave. A rule of the Federal Communications Commission (FCC) in effect from 1949 to 1971, the fairness doctrine once required radio and TV stations using the public airwaves to (1) cover important public issues, and (2) cover both sides of the issue. The rule was upheld in 1969 by the Supreme Court in Red Lion Broadcasting Co. v. FCC. Technically, that case involved the relatively narrow issue of the right to respond to a personal attack. The Court also emphasized in its opinion that the electromagnetic spectrum was limited, and to avoid interference, only a limited number of broadcasters could use it. However, in the course of its opinion, the Supreme Court majority also made the broader observation that without the fairness doctrine:

[S]tation owners and a few networks would have unfettered power … to communicate only their own views on public issues, people and candidates, and to permit on the air only those with whom they agreed. There is no sanctuary in the First Amendment for unlimited private censorship operating in a medium not open to all.

The “unfettered power” to cover only one side of issues feared by the Supreme Court in 1969 has become a reality today.

Recently a friend of mine told me that she had spoken to a regular CNN viewer who was completely unaware of the immigration crisis on our southern border despite record numbers of migrants entering the country illegally. I couldn’t believe that an influential news network such as CNN could simply close its eyes — and those of its viewers — to such an important public policy issue, so I did a Google search for “CNN and border.” I found a story that the Biden administration had terminated two contracts in Texas to build portions of Trump’s border wall; that the Biden Administration had extended COVID-19 restrictions on travelers from Canada; that more than a million migrants had been arrested at the border with Mexico since October; that the Biden Administration intends to speed up deportation procedures for “some” migrant families; and that the number of children held in “jail-like conditions by U.S. Customs and Border Protection dropped nearly 84% in the span of a month, according to a White House official.”

You get the idea: all is well and the Biden Administration has the situation well in hand. No problem. There is nothing about record numbers of people entering the country illegally without COVID testing or about busing thousands of migrants into the country’s interior. This gives new meaning to The New York Times slogan that MAD Magazine once satirized as “all the news that fits [our narrative], we print.” The situation feared by the Supreme Court in 1969 has come to pass: a few media oligarchs now possess “unfettered power . . . to communicate only their own views on public issues, people and candidates, and to permit on the air only those with whom they agreed.”

What can be done about it? A few courageous legislators, such a Senator Josh Hawley (R-MO), have proposed using the antitrust laws to break up the media monopolies such as Facebook and Google. Senator Elizabeth Warren (D-MA) advocated something similar as part of her unsuccessful 2020 presidential campaign.

Breaking up media monopolies might make sense for other reasons, but it would not solve the problem of media bias and one-sided coverage of important public policy issues. Imagine if CNN were broken up into four or five networks, like the “baby bells” that were spun out of AT&T due to the settlement of a government antitrust case in the early 1980s. Each of the five baby CNN’s would continue to provide biased, one-sided coverage, but each to a smaller audience. But the flow of information to the public would not necessarily improve.

One of the most thoughtful and farsighted of current Supreme Court justices, Clarence Thomas, recently wrote in a concurring opinion:

Today’s digital platforms [such as Twitter and Facebook] provide avenues for historically unprecedented amounts of speech, including speech by government actors. Also unprecedented, however, is the concentrated control of so much speech in the hands of a few private parties. We will soon have no choice but to address how our legal doctrines apply to highly concentrated, privately owned information infrastructure such as digital platforms.

Justice Thomas’ opinion goes on to grapple with whether such digital platforms are “designated public forum[s]” to which the government has an obligation under the First Amendment to provide reasonable and equal access, or perhaps might better be thought of as “common carriers” with an obligation to serve all who come their way. Yale Law School First Amendment scholar and former dean Robert Post points out, however, that treating media giants as common carriers required to cover all views protected by the First Amendment could result in increased dissemination of disinformation and/or hateful speech.

I think bringing back the fairness doctrine is a better approach. As Brookings Institution Senior Fellow Mark MacCarthy points out:

Enforcement by the Federal Communications Commission [of the Fairness Doctrine] was and is flexible, showing great deference to the editorial judgment of the broadcasters themselves and intervening only when that judgment is so extreme that no reasonable person could agree with it.

The Red Lion case upholding the fairness doctrine indeed relied in part on the “scarcity rationale” that the available electromagnetic spectrum was limited and therefore licensees who were granted the privilege of using a scarce public resource were “fiduciaries” who thus had a responsibility to cover both sides fairly. But today’s information giants also benefit from government support that helped to construct the internet that provides their platform.

We got close to enacting the fairness doctrine as a permanent part of U.S. law in the 1980s, only to see the bill which was backed by bipartisan majorities in the Congress vetoed by President Reagan, who said in his veto message: “In any other medium besides broadcasting, such federal policing of the editorial judgment of journalists would be unthinkable.”

Perhaps that is true, but President Reagan never lived to see a situation in which a few media giants keep most of the country in the dark about critical political stories such as those involving Hunter Biden.

Government should never require everyone to adhere to an official version of the truth. Still, neither should it permit a few powerful corporations to dictate what information the public may hear and therefore what most of us will think. The fairness doctrine merely requires those with the power to control the dissemination of information to share both sides of debatable issues of public policy with the public so that the people can decide for themselves. It worked reasonably well between 1949 and 1971 — certainly better than the present system is working — and despite the fears of its detractors, it did not lead to government censorship. It is time to bring it back.