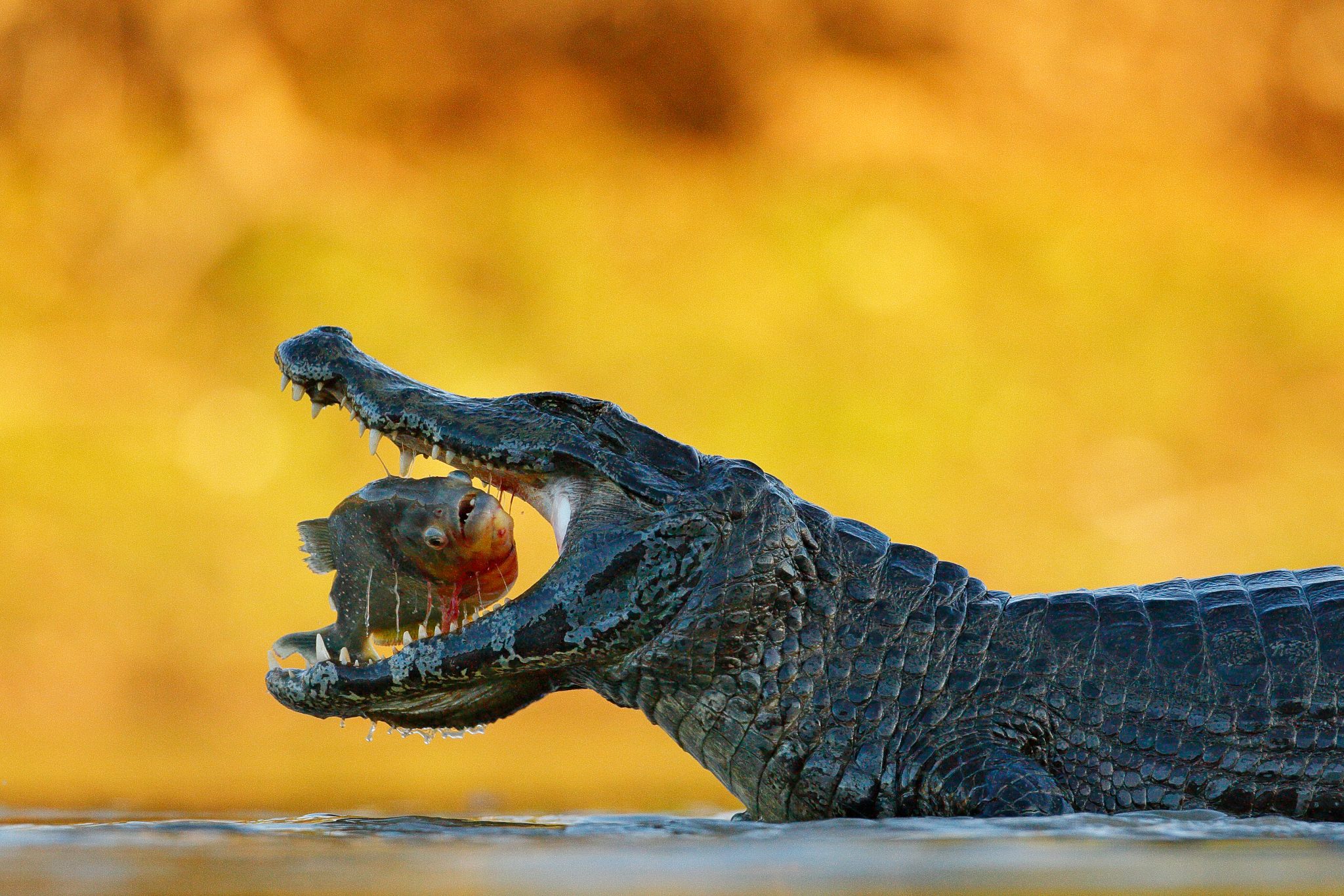 Lately I have been watching Netflix as fast as my old eyes will let me. Not just the usual Netflix about who was Himmler’s favorite accountant at Auschwitz or how gay Ernst Röhm was. Nor about Hitler sneering as Berlin was incinerated.

Not even about some decadent royal court of long ago with everyone calling his boss “Your Grace … ” just before stabbing him or beheading him.

No. No indeed. I have been watching about nothing less than life on this Earth. As far as I can tell, the basic story is this: There is some unimaginably beautiful landscape or waterscape. In it is a herd of glowing, glimmering, shimmering fish or graceful, muscular quadrupeds. They move through their enchanted Edens until — whoa! — along come some evil wolves or squid or sharks to eat these beautiful creatures. The creatures have to flee for their lives or put up a fight to stay alive. If they make it, they have to trudge through grim landscapes of horror to get food for their young chicks or fishlets. Then they feed the damned little things. Then they do elaborate mating dances and then mate and breed and the whole thing starts again.

I may have this order wrong, but it’s basically swim or parade, evade predation, bring food to your little one, then breed again and start the whole process again. Move around. Eat or be eaten, feed, breed, die. (All supervised by an ell-evil, all-devouring humankind killing the planet.)

That’s life. As I watched, it occurred to me that this same routine goes for humans, too. Form a beautiful society. Then wreck it or try to wreck it by eating the most beautiful among them. Then breed and rebuild it. Only among us humans, the depredation part is called “revolution of the masses,” and it kills a lot more people than it can eat.

All of this comes to mind as I watch the news about “the green revolution.” It’s just a way of the predators killing the beautiful. (I am sure AOC would say it’s just the opposite: it’s saving mankind from the predators. But tell that to the auto worker on welfare.) I thought of this in particular as I watched an interview with a genuinely insane man, a senator named Bernie, talking about how he’s going to save the planet, cure cancer, and pay off the debts of college girls — all to save mankind. It’s all just nonsense. Selfish nonsense. It’s just slogans to replace one set of bosses with another set of bosses who will eat their fill, then be replaced by some new predators.

It scares me, and yet it’s inevitable. Communism — or, as we now call it, democratic socialism — has such sweet slogans that an ignorant people cannot resist it or them forever. It doesn’t matter that today’s communism is explicitly anti- Semitic, always the canary in the cage of mass murder coming down the mineshaft (or the Meinschaft). If the Jews have to be vilified to get us to real socialism, let it happen. Real racist socialism. It’s for the good of the Meinschaft.

I can see it coming, though. The nation has been so mesmerized by the media’s assaults on Trump, so bewitched by the phony charge of racism against anyone the media hates that week, that nothing can be allowed to get in the way.

The Muslims can rape in Sweden. They are not to blame. You’re a racist if you notice it. Some gangsta blacks in New York can humiliate the local police and the cowardly politicians tell the cops they have to get humiliated or else they’re racists. Israel can give its Arab citizens the best health care and education in the Middle East, but they’re racists, too, because they’re mostly white and because they’re not barbarians.

It all reminds me of those Netflix documentaries about the endless trudging meaninglessness of life. To be alive is to prey upon the weak, to breed, and to eat.

On some deep level, AOC sees it. She’s like one of those Arctic wolves waiting to drain the warm blood of the caribou. Then someone even darker in appearance and mood than she is will drain her blood. (It will come to Bernie a lot sooner. He’s white and Jewish.) She’s Madame Mao in waiting. She’ll light the fires that will consume her, too. Bernie will long since have been ashes.

“Hardly anyone who is now alive can imagine how sweet life was before the revolution”: so wrote Stendhal. We’re about to see it again. Can we please have four more years of this sweetness before the real racists and real predators take over?