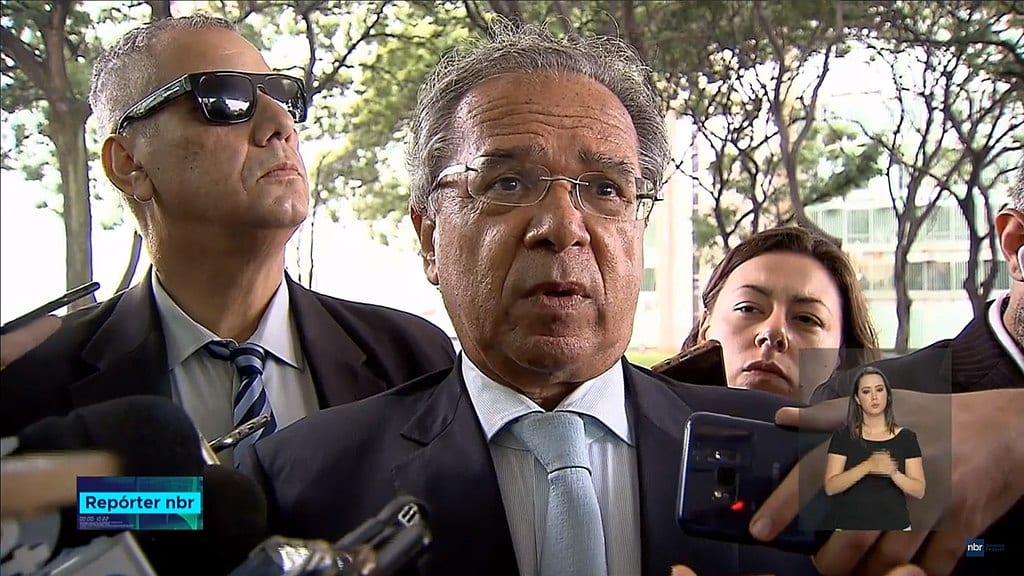 Presidents and prime ministers often resort to the appointment of “czars” to handle a crisis or coordinate complex policies when a show of urgent political engagement seems in order. But these modern day czars, unlike their autocratic namesakes, are often short termers with greatly constrained powers and, by the very nature of the complex problem (autos, health care, drugs, etc.), hard to pin down on achievements.

The new Brazilian government’s czar for economic affairs masterminded the pro-market platform embraced by Jair Bolsonaro, inaugurated on Jan. 1 as the country’s president. During his campaign, Bolsonaro made so many complimentary remarks about Guedes and the role he would play in a future administration that the once obscure economist became better known than some presidential candidates.

Guedes’ czar title draws credibly from the unprecedented power that the president gave him to restructure the Brazilian economy, now showing signs of exiting the worst recession in Brazil’s history. The newly created Ministry of Economy, led by Guedes, was formed through the merger of four other ministries (Finance, Planning, Labor, and Commerce and Industry). He now has absolute control over the macroeconomic policy that will be implemented by Bolsonaro’s administration.

If that weren’t enough, Guedes may be the most striking personification of the growth of economic libertarianism in Brazil, popularized by the writings of the Austrian Ludwig von Mises.

A few years ago, Guedes revealed how Brazilian businessman Henry Maksuld introduced him to von Mises’ thought. Even though he holds a Ph.D. in economics from the University of Chicago, Guedes admitted that he was surprised how little he knew before he read von Mises’ magnum opus Human Action.

Libertarianism has, surprisingly, a long history in Brazil, now emerging from the heavy grip of the political left. The founder of the first school of economics in the country, Eugenio Gudin, considered himself a disciple of von Mises. During a famous debate with businessman Roberto Simonsen at the end of World War II about the paths that Brazil should take to achieve economic development, Gudin refuted the main arguments of those advancing a vision of the all-encompassing state. According to Gudin, government interference would corrupt the price mechanism and cause systematic inefficiency in the allocation of capital. Moreover, the association of state bureaucracy with business community would result in crony capitalism. No prediction about the future course of Brazil could have been more accurate.

Gudin won the theoretical debate, but it was Simonsen who gained the political one. In the following decades, Brazil embraced the policies that led to state capitalism, widespread misery, and hyperinflation. Libertarian thought was relegated to intellectual mockery by the elites.

Everything started to change when Keynesian intellectual hegemony broke down because of the economic turbulence caused by stagflation in the 1970s. In 1983, Donald Stuart, Jr. founded the Liberal Institute in the city of Rio de Janeiro with the purpose of publicizing the ideas of the Austrian School. The Liberal Institute was the first in a series of think tanks which emerged at the beginning of the 21st century dedicated to defend the market economy. Guedes, for instance, is one of the founders of the pro free-market Millennium Institute.

Like everything else in Brazil, intellectual revolutions are slow. It was the economic chaos engendered by the erratic policies of Dilma Rousseff’s leftist government (2011-16) that provided the countless free-market advocates with an opportunity to move new ideas to the center of the political debate. Surprisingly, it was Bolsonaro, a former champion of big government, who decided to adopt economic liberalism as his platform.

Nevertheless, the influence of libertarian think tanks goes beyond the political discussion. Today, they are providing the government with new names and new thinking to help restructure Brazil. For example, the new Minister of Education, the philosopher Ricardo Velez Rodrigues, is a member of the Liberal Institute. Salim Mattar, who is leading the privatization program of the new government, was in the Institute’s executive council. The Bank of Brazil, the country’s largest public bank, is now headed by Rubem Novaes, another member of the Institute. Adolfo Sachsida, secretary of Economic Policy, and Roberto Ellery, who was part of the Bolsonaro’s transition team, are two other prominent members of the Liberal Institute.

The popularity that libertarian ideas have gained in Brazil and the central role that many adherents of this doctrine hold in the new government do not mean that libertarianism has won. On the contrary, it means that libertarians have been given the opportunity to show that the virtues of the free market go beyond theory and can be proved in practice.

Jair Bolsonaro is not a libertarian, but a conservative populist who has been converted to a free-market apostolate by the immediate needs of a country that has lived, for the last four years, through an economic nightmare animated by bad ideas. The success of libertarians will be directly associated with both their ability in reshaping public policies and in delivering positive financial results to people that are tired of unemployment and loss of purchasing power.

On the bright side, Brazil is a country so tied down by taxes and excessive regulation that any reform, however minimal it may be, will have a significant impact on national competitiveness and, consequently, considerable economic gains will be achieved. The market’s optimism toward the new president was already enough to make the Brazilian stock exchange hit a new high.

Silvio Simonetti is a visiting scholar at the Acton Institute in Grand Rapids, Michigan. He is a Brazilian lawyer and a graduate of the Bush School at Texas A&M University.