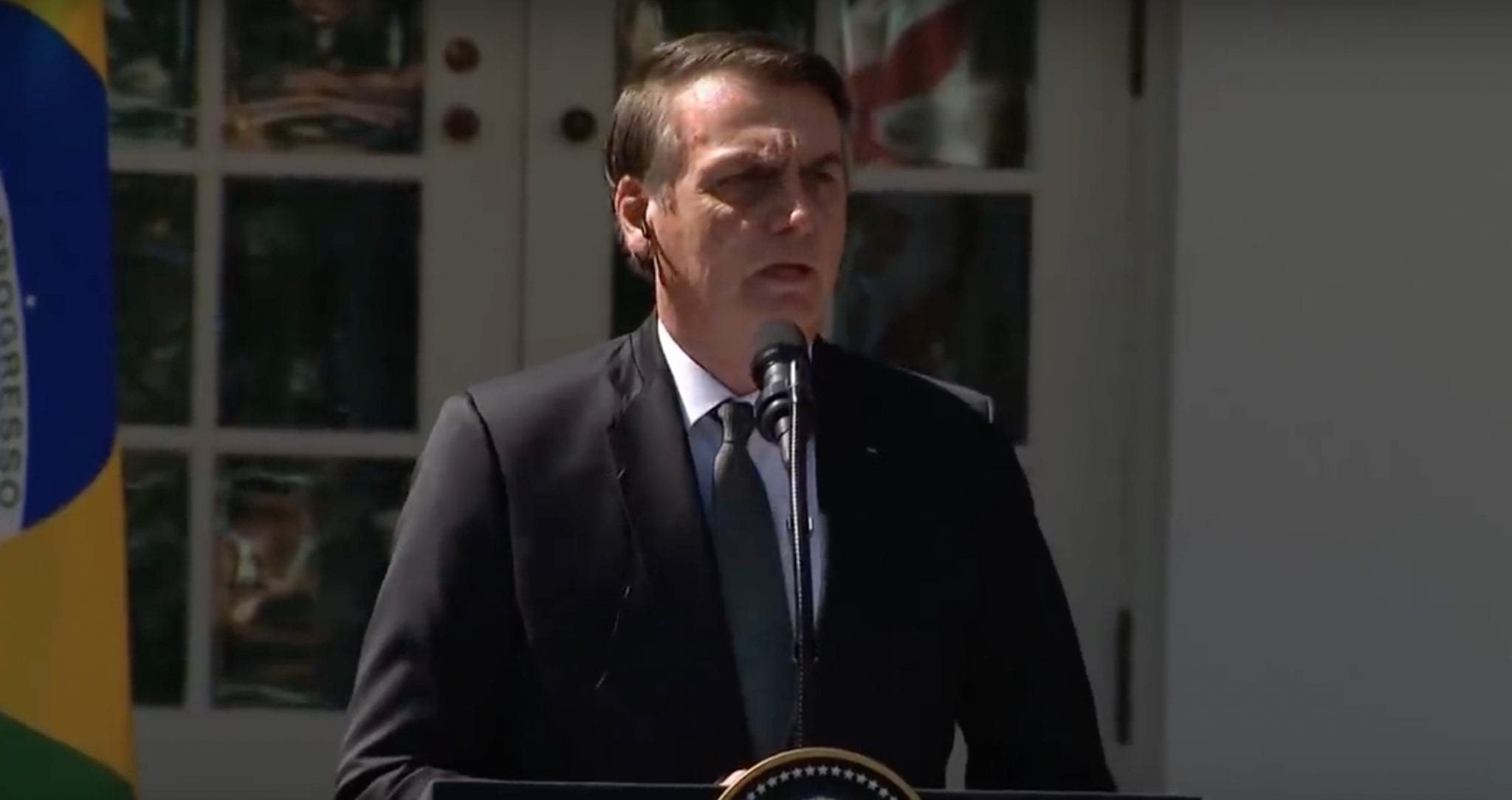 During their recent meeting in the White House, Brazil’s new right-wing leader, Jair Bolsonaro, and President Donald J. Trump discussed the possibility of Brazil joining the NATO alliance. While I am an unapologetic fan of both Trump and Bolsonaro, this new initiative left me scratching my head. After all, despite the mindless exhortations about NATO being the most important defensive military alliance in history, the fact remains that NATO is first and foremost a regional alliance. Just look at the name: it is the North Atlantic Treaty Organization. Plus, it was designed to defend against the Soviet Union — which is, thankfully, no longer in existence today.

Since the end of the Cold War and the collapse of the Soviet Union, NATO has become a defensive alliance with little to defend against. Not to worry, though. For the last 30 years, Brussels and Washington have done a fine job of reinvigorating the old Russian threat to NATO’s east. Now, thanks to 30 years of feckless Western policies toward Russia, the West and Russia are yet again at odds. Suddenly, NATO’s otherwise listless and meaningless post-Cold War existence has become defined by its old Cold War rival in Moscow. What’s more, it seems that no one in NATO can get on the same page. Whereas NATO’s existence during the Cold War was defined by a consistent commitment to mutual defense, the NATO alliance today is dominated by indecision, underfunding, and squeamishness.

Of the 28 NATO members, only eight — barely — pay more than two percent of their GDP on defense. In other words, the commitment to funding NATO and fighting NATO’s purportedly shared threats rests on the shoulders of American taxpayers (and our fighting men and women). Some deal. Recently, Germany announced that it would not under any circumstance be meeting the baseline two percent GDP requirement for defense funding (which is not much of a headline, when considering Germany has failed to meet its NATO obligations since the 1990s).

Meanwhile, along NATO’s southern defensive perimeter, Turkey has become increasingly Islamist under the authoritarian rule of Recep Erdogan. Not only has Turkey moved farther away from Brussels, but more gallingly, Turkey has embraced Russia! Presently, Turkey is conducting joint naval exercises with Russia in the Black Sea. This has occurred, as Turkish forces operate in support of Russian, Iranian, and Syrian Arab Army elements in the Syrian Civil War — directly against American-backed forces. Turkey has also happily purchased the Russian-built S-400 air defense systems which can supposedly detect and shoot down American stealth planes — including the vaunted F-35 fifth-generation warplane.

All of this has occurred, even as NATO is attempting to resist what many perceive to be renewed Russian aggression in Europe (and beyond).

Germany’s reticence to live up to its NATO obligations is damaging enough. But, losing Turkey, which has been the center of NATO’s southern defensive perimeter against Russia, is a devastating blow. This is especially true, since Turkey and the United States have shared an especially close military partnership and Turkey has a competent, modern military. Losing the economic heft of Germany and the military might of Turkey is a significant blow to the NATO alliance (even if both Germany and Turkey remain in the alliance on paper).

Brazil is a vibrant economy with a friendly leader that desires greatly to be a part of NATO. Yet, the inclusion of Brazil makes little sense. It has no geographical relation to the North Atlantic, the original basis of the NATO alliance. According to the IMF, Brazil is the ninth largest economy in the world and is the most potent military force in South America. While including Brazil in NATO would help to mitigate the lack of true support among the majority of NATO’s European members, it would do little to fully ameliorate the larger problems facing the NATO alliance: a lack of resolve and reliability on the part of the NATO members. This lack of resolve and reliability comes from the fact that, unlike during the Cold War, there is no shared threat to Europe. Whatever problems Russia presents, clearly Eastern and Western Europe are divided over the threat. Meanwhile, Southern Europe is left to contend almost exclusively with the flood of refugees from the Greater Middle East.

How can collective defense be mounted against threats when few can agree on which threats are, in fact, threatening?

Rather than reinvigorate the ailing NATO alliance, the inclusion of Brazil would complicate NATO policy further. For example, Article Five of the NATO Charter deals with collective defense. Should Russia decide to throw caution into the wind and invade another European state — a NATO member this time — does anyone honestly think that Brazil would be willing to go to war with Russia to defend Estonia or Poland? Remember, few European states are actually able or willing to do just this.

Why would far away Brazil, with its own problem set in its part of the world, be willing to do this?

Thus, their inclusion into NATO would only add another unhelpful member to a failing alliance that is long past its prime. Yes, Russia is a strategic competitor. And, naturally, the West must be prepared to deter any and all threats. However, NATO in its present form is not going to be the way to resist Russia in Europe. Adding Brazil would help to slow the breakup of NATO. But it would do little to resolve the underlying problems. On a side note, let no pundit claim that President Trump is opposed to NATO, though. He seems to be going above-and-beyond what any skeptic of NATO would be willing to do in order to ensure that NATO survive in some form — even trying to include countries, such as Brazil, that are far removed from the North Atlantic.

NATO is an ancient, dying relic of the 20th century. It needn’t be preserved. Instead, an entirely new alliance that is both decentralized and actually capable of responding to today’s threats is needed. Such an alliance would be smaller and localized than NATO’s current bureaucratic incarnation. Brazil’s newfound friendship with the United States is much appreciated. But, turning Brazil into a sacrifice on the altar of NATO is not a good act of friendship on Washington’s part.