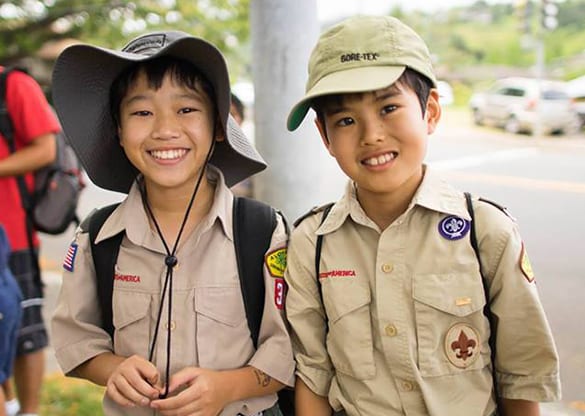 In October, I noted that it’s over for the Boy Scouts. It is. The organization will limp along, but it’s over. And with it, Girl Scouts is over, too.

Girl Scouts, and I say this as a former Brownie and Girl Scout myself, gets boring past fifth grade or so. Camping trips dry up. All the badges that can be had are accomplished. Boy Scouts, though, just gets better. More camping trips. Relevant badges. Concrete measures of advancement. At the end, if someone is really accomplished, he receives the Eagle Scout which has a reputation for producing men of character and excellence.

Girls want to go in the Boy Scouts because there’s more opportunity. And the Girl Scouts loses more girls and what little the do have–cookie sales and feminist propaganda–diminishes in value.

Boy Scouts with girls loses its value, too. Again, my experience is personal. I’m a mother to boys and a girl and am blessed by both. One of my sons is a Boy Scout. I’ve been to multiple meetings with a room full of fifty boys and the energy is electric and wild. And then an older boy or a Scout leader takes command. The boys straighten up, line up, quiet down and focus.

In their down time, boys rough house, teach one another skills, and jabber loudly. It’s thinly controlled chaos. And then, back to business. Watching this cycle and observing how the men model solid behavior is fascinating. It’s all so utterly male.

Girls in this environment changes everything. Think middle school dance but at weekly meetings.

I was a tomboy in elementary school. I played kickball and bombardament with the boys, and in the winter, we built forts. But I was still a girl–girl enough that Don Peterson pushed me and my super awesome canary yellow pants into a mud puddle. The only thing that saved his short life was a burly and determined lunch lady who escorted me, in my humiliation, to the front office to call my mom for new pants. I think that Don liked me. We were ten. Motives were fuzzy.

But that’s the point. Boy-girl relationships, once hormones kick in, are fuzzy. Boy Scouts with just boys is simple. All of that intermingling nonsense is saved for school dances, and recess, and corners of the school yard.

The Mormon church has decided to keep things simple for boys and girls. Their decision should be applauded.

It’s ridiculous what feminism has done and continues to do in its quest to eliminate gender. In the process of trying to make Boy Scouts for girls, too, they’ve diminished what sagging power the Girl Scouts possess, and diluted the Boy Scouts. Feminism is a wholly destructive force in the West at this point and the women heading these organizations seem to be ignorant about how their actions hurt themselves.

The world doesn’t need more beta males. It needs more men who know how to be men. Parents who want to create boys like that will have to look elsewhere to make that happen. The Mormon church is doing just that.