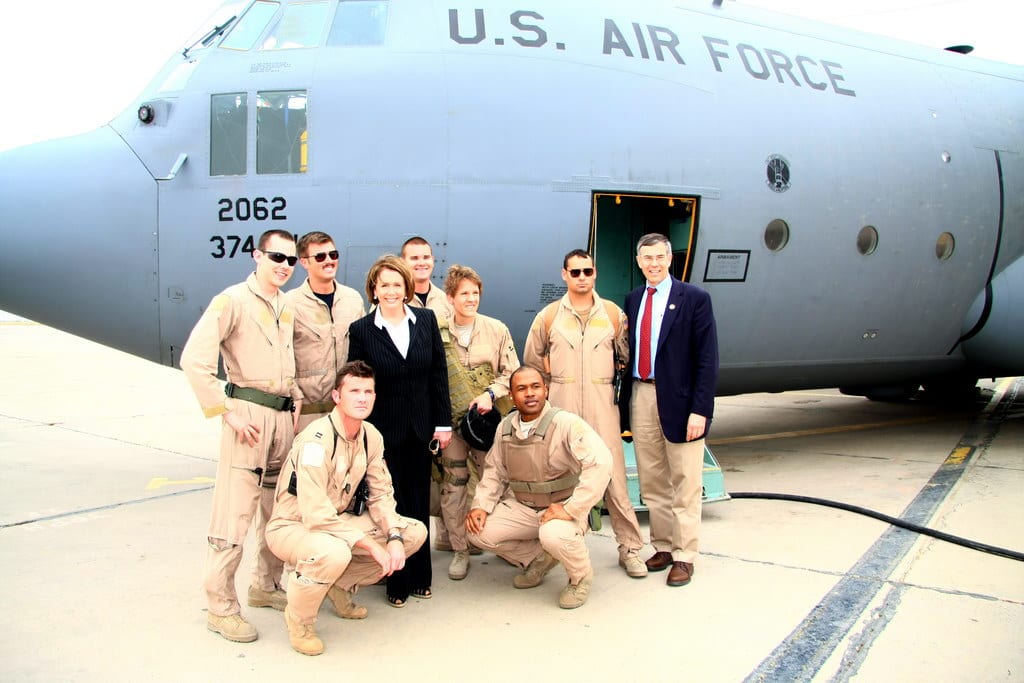 The partial government shutdown will end when both sides think they are losing the political war that started it — and not before then.

Yes it can end if one side caves, or if President Donald Trump declares a national emergency to fund a border wall, but that is not likely to happen within the next pay period or two, if at all.

Partisan rancor has herded voters into two corners so that both the Republican and Democratic bases don’t want their leaders to cut a deal.

Republicans support a shutdown that JP Morgan CEO Jamie Dimon warned could drive economic growth to zero if it continues. They only want to end it if they win funding for a wall.

Democrats also don’t want to end a stalemate that is separating 800,000 federal workers from their paychecks. Having funded border barriers in the past, Democratic leaders now say funding for Trump’s wall is a deal killer.

Party leaders’ energy is going toward making the other side look bad, not ending the stalemate.

Trump has pulled back on what his own negotiators had thought were good faith offers; his unreliability inhibits Republicans and Democrats from sticking their necks out for a measure that easily could fail.

Already burned, Senate Majority Leader Mitch McConnell says he won’t bring a measure to a floor vote unless Trump commits to it.

No worries. Trump supporters say his behavior shows he is no creature of the swamp. Only insiders care if the president is short-sheeting his own team. At least Trump is willing to stand by a campaign promise, the Trump voter argues.

As the sage Henry Olsen of the Ethics and Public Policy Council put it, Trump is “showing that he can resist political pressure.” The shutdown has changed nothing.

In a play to differentiate themselves, House Democrats engage in the charade of passing spending measures that have zero chance of being enacted to demonstrate that they at least are willing to do something. When they get tired of that ploy, they go to the Senate to demand McConnell put unpassable bills to a floor vote.

So yes, they are willing to do something — stunts.

Another stunt: Speaker Nancy Pelosi’s letter effectively telling Trump not to bother delivering a State of the Union address in the Capitol on Jan. 29 because of security concerns for a “national special security event” during a government shutdown. It helps if you forget she invited Trump after the shutdown began.

The Democratic base approved Pelosi’s move as fervently as Trump’s voters cheered when he yanked the military plane that was supposed to take Pelosi and fellow Democrats to Brussels and Afghanistan.

Pelosi’s claim that she always has been a supporter of “securing our border” defies credulity. Pelosi also has called a border wall “an immorality. It’s not who we are as a nation.”

Fox News anchor Bret Baier pressed House Majority Leader Steny Hoyer to say if he shared Pelosi’s view on the wall’s morality or the claim by Rep. Beto O’Rourke, D-Texas, that a border wall is “racist.”

Hoyer, the poor guy, hemmed and hawed about walls being immoral when they keep people prisoner when they shouldn’t be prisoners.

The problem, as Trump put it when he addressed the Pentagon Thursday, is the Democratic Party “has been hijacked by the open-borders fringe within the party.”

What will it take to end the shutdown?

Roll Call taped a town hall given by Rep. Anthony Brown, D-Md., as he addressed a room that included furloughed federal workers understandably fearful about how they can survive without paychecks.

“What exactly do you want folks to do out here?” a young woman asked him. “Should we be pressuring Sen. McConnell? What do we need to be doing to get things resolved?”

She meant well, but when federal workers direct their ire at Republicans and not Democrats, they become unwitting enablers.

Fun fact: McConnell doesn’t care if federal workers in Maryland send him nasty emails. He cares about the core values of his constituents in Kentucky, where 62.5 percent of voters supported Trump.

Voters who want to see an end to the shutdown have one recourse: They can turn the heat on their own party. When progressives lean on Pelosi and conservatives lean on Trump and GOP lawmakers, the shutdown will end.