Buy the Book,Top Story Cancel Culture,Critical Race Theory,Facebook,Google,Netflix What Bork Can Teach Us Today - The American Spectator | USA News and Politics
Menu
Buy the Book
What Bork Can Teach Us Today
A 25-year retrospective of his book “Slouching Towards Gomorrah.”
by Bob Luddy
President Reagan and Judge Robert Bork in the Oval Office, July 1, 1987 (Reagan White House photographs/Wikimedia Commons) 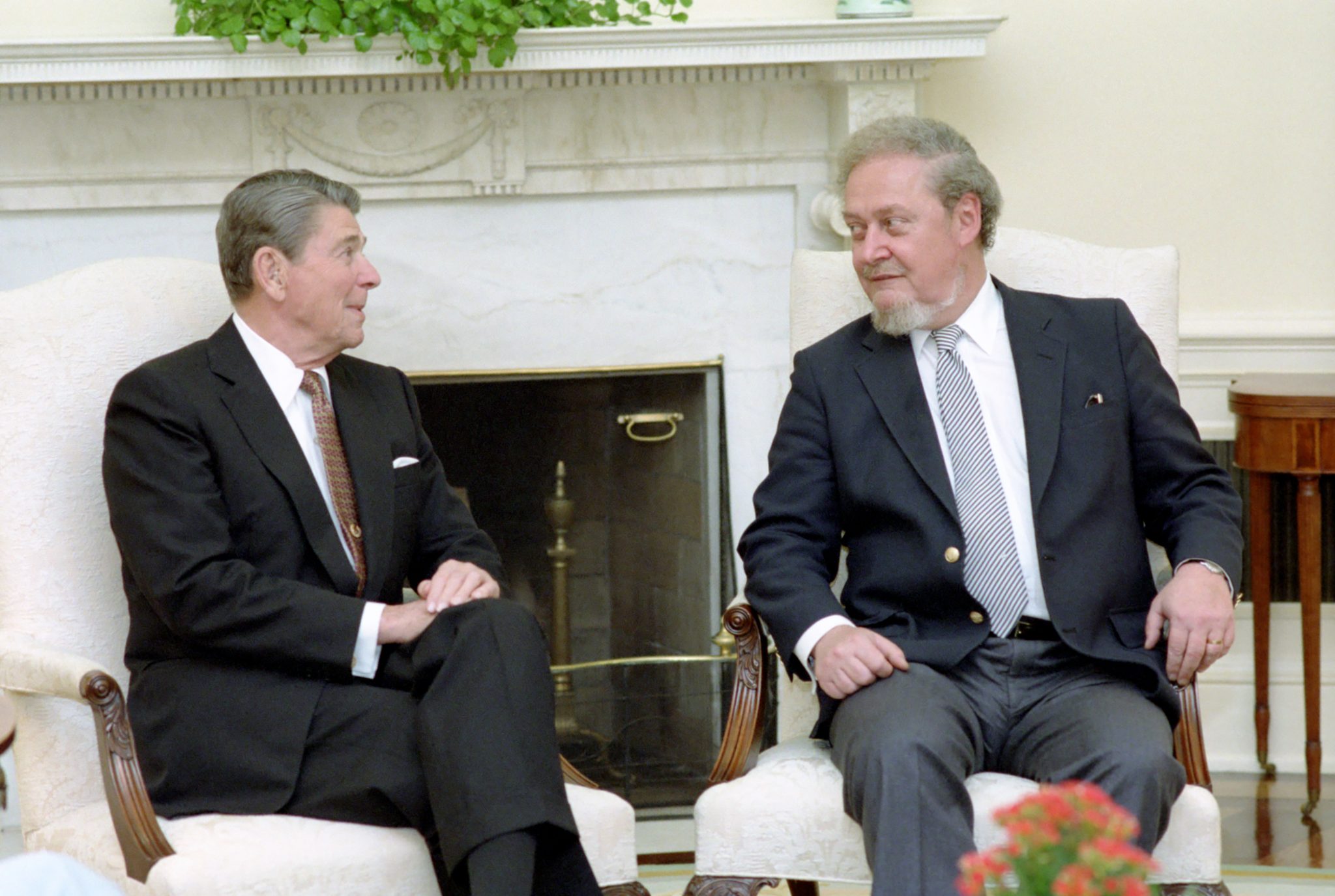 In his 1995 book Slouching Towards Gomorrah: Modern Liberalism and American Decline, former U.S. Supreme Court nominee Judge Robert H. Bork writes about America’s slow decline and its departure from Judeo-Christian traditions. His prescient predictions on the rise of the welfare state and its impact on our culture have become the stark realities of political fear-mongering, rioting, degeneration of cultural values, and a lack of authentic freedom — especially speech.

Americans, including students, teachers, and professors, are afraid to express their views because of cancel culture. This allows the inversion of truth, which is essential to solve problems. Black Lives Matter and critical race theory have declared that all white people are racists and that this orthodoxy cannot be challenged.

In his book, Bork foretold this quandary and concluded, “The proximate cause of these pathologies is the infatuation of modern liberalism with the individual’s right to self-gratification along with the kind of egalitarianism … that inhibits judgment and reform.”

The solution to extreme economic disparities is not regulations and transfer payments — note that Detroit, with the highest population of those dependent on welfare, is also the most dangerous city in the United States. The solution is to cultivate a moral compass compelling self-reliance, freedom, and helping communities, as noted by Alexis de Tocqueville circa 1840. People are much more effective at helping society than are government programs, which crowd out private initiative.

Our current popular culture and government largesse numb or negate this personal responsibility.

Too many Americans spend excessive time on Facebook, Netflix, and Google, and they fail to read and think about and address serious national issues.

Guilt not only influences modern liberalism’s conception of freedom but also the way it views its constituents. Americans, liberals say, are the cause for the temperature rises of our planet. Human-caused climate change is based on consensus science, which is not science.

Bork makes the point that “Only modern liberalism … could persuade anyone that our relatively safe and cooperative society is actually egomaniacal and ruthless.”

The year 2020 proved this point: Rioters stormed the streets for rights that they already have. Protesters became thieves, murderers, and vandals. We have been confined to our homes for over a year out of fear of a virus that, for the most part, is like a bad flu; it primarily impacts the elderly and those with comorbidities.

And that brings us back to America’s slow but, one could argue, accelerating cultural decline.

In his book, Bork wrote,

In dismissing the moral authority of the Christian tradition, we have ceased to be our own rulers. America is a republic, and as a republic, it relies upon the virtue of its citizens for its success. The fear-ridden, guilt-driven, circular reasoning of modern liberalism is destroying its citizens.

Regardless of whether or not it is the government’s job to censure, Christianity requires its people to be God’s people. We cannot be God’s people if we are guilt-driven by modern liberalism’s conception of “freedom.”

The very core of America’s Judeo-Christian beliefs is now threatened with extinction by statists and cancel culture extremists. For America to prosper it must vehemently reject those who would cancel traditional Judeo-Christian and American values.

We must spiritually and morally rebuild this country with God’s freedom and the justice for all Americans, affirmed in the Declaration of Independence and protected by our Constitution.