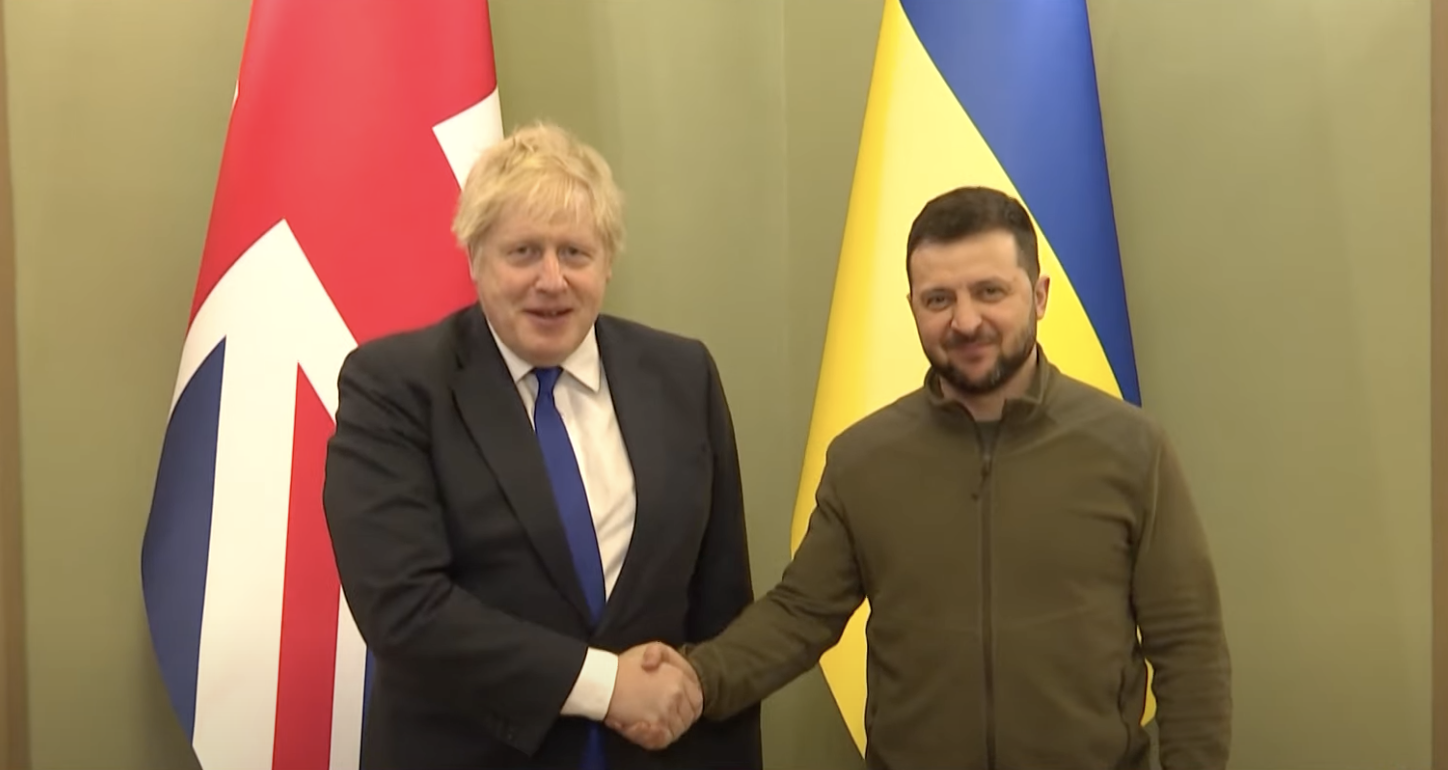 British Prime Minister Boris Johnson surprised the world Saturday with a secret visit to war-torn Kyiv. The trip went public after a tweet from the Ukrainian embassy in London surfaced with a photo of the two leaders in Kyiv, followed by the caption: “Surprise.”

The city’s mayor, Vitaly Klitschko, said Sunday that Johnson’s visit showed the world who the country’s “real friends” are. Johnson has received international praise for his visit, with the Ukrainian defense ministry tweeting, “This is what courage looks like. This is what true friendship between peoples and between nations looks like.”

The leaders of Slovenia, Poland, and the Czech Republic also visited Kyiv in recent days, and President of the European Commission Ursula von der Leyen was in Ukraine Friday, where she was shown the atrocities committed against civilians in Bucha. Austrian Chancellor Karl Nehammer was also in Kyiv earlier Saturday morning.

In the Saturday meeting with Ukrainian President Volodymyr Zelensky, Johnson said, “I think that the Ukrainians have shown the courage of a lion, and you Volodymyr have given the roar of that lion. The U.K. and others [will] supply the equipment, the technology, the know-how, the intelligence, so that Ukraine will never be invaded again. So Ukraine is so fortified and protected — so that Ukraine can never be bullied again. Never be blackmailed again. Never be threatened in the same way again.”

Following news of the meeting going public, Downing Street said the U.K. is offering 120 armored vehicles and new anti-ship missile systems to Ukraine. This comes after the announcement Friday that the government will be sending $130 million in military equipment, including Starstreak anti-aircraft missiles, helmets, night-vision devices, and body armor. In a tweet Saturday, Johnson said, “We’re setting out a new package of financial & military aid which is a testament of our commitment to his [Zelensky] country’s struggle against Russia’s barbaric campaign.”

After Johnson surprised the world with his appearance on the streets of Kyiv, NBC host Chuck Todd pressed National Security Advisor Jake Sullivan Sunday on whether President Joe Biden would do the same. “It was quite the symbol to see Prime Minister Boris Johnson walking the streets of Kyiv with President Zelenskyy,” Todd told Sullivan. “It raises the question: are we going to see President Biden in Kyiv?”

Sullivan responded: “President Biden doesn’t currently have any plans to travel to Kyiv, but I will tell you he sits in the Oval Office and in the Situation Room on a daily basis, organizing and coordinating the world when it comes to the delivery of weapons.”