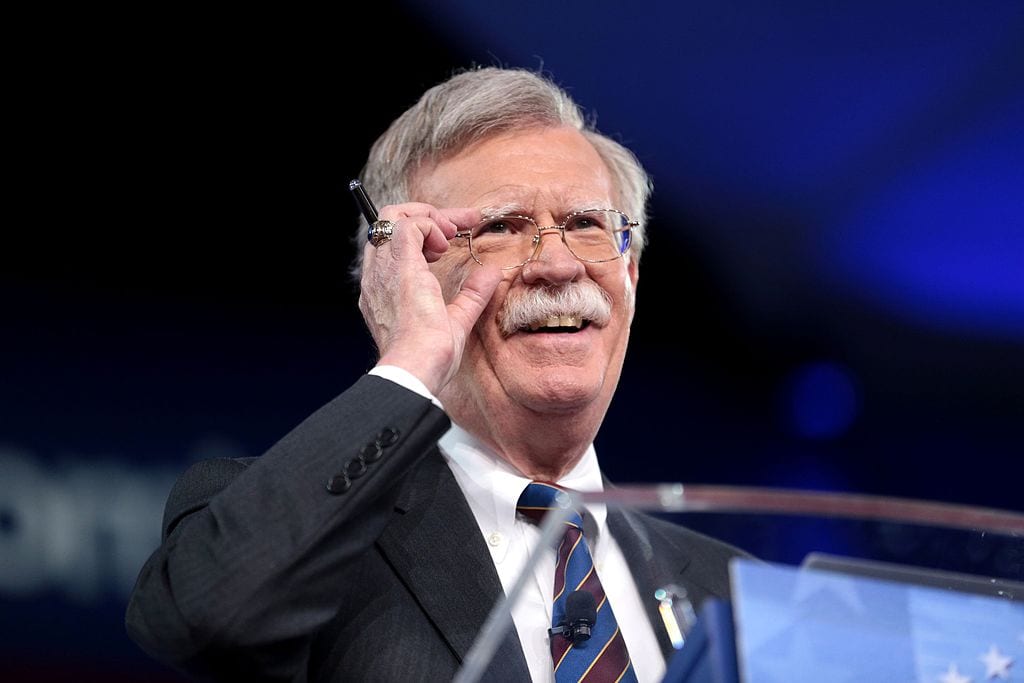 John Bolton’s aspirations to publish 500 pages of what reportedly is a nonstop jeremiad against that fellow in the Oval Office faces a steep legal hurdle: the 1980 Supreme Court decision in Snepp v. United States. Frank Snepp was a CIA agent who spent 1968 in Vietnam, the year in which American weekly casualties peaked. In 1977, Snepp published a memoir of what must have been a most unhappy tour, even by the standards of wartime. Titled A Decent Interval, it ran some 600 pages. Its thesis, in a nutshell, was that America made an indecent exit from Vietnam, abandoning its allies, knowing that the North Vietnamese would overrun the South, and hoping that a “decent interval” would pass before an invasion, that it not be connected to the departure of U.S. troops.

If Judge Lamberth’s assessment that Bolton did leak classified information holds up, if convicted at trial Bolton faces loss of all profits, plus felony jail time.

The government took Snepp to federal court, and ultimately the case wound up in the judicial hands of the Supremes. Snepp, needless to say, relied on his First Amendment right to publish. He had not submitted the book for review, and according to the court, apparently misled his superiors about his intentions. Snepp had signed a standard non-disclosure agreement (NDA), a two-pager known in bureaucrat-speak as Form 312. It is atypical for a government document in that it is both short and easily understandable, qualities not normally associated with government forms.

The government sought an injunction prohibiting further publication, and it also asked the court for an award of all profits the book had earned or might earn. The decision was a stunning, total victory for the government.

Thunderbolt From Olympus: A Courtroom Trifecta. The Supremes rendered their decision per curiam — legal-speak meaning “for the court.” In other words, all nine justices signed on to every word of the opinion, with neither concurring opinions nor dissents of any kind. The unanimity was especially noteworthy because the court was a deeply divided one: one liberal appointed (mistakenly) by Eisenhower; two swing justices appointed by JFK; one liberal appointed by LBJ; three conservatives and one liberal (the latter, conservative for two terms, then very liberal for the remainder of his term) appointed by Nixon; and one liberal (centrist when nominated, moved left on the court) appointed by Ford. It was a High Court where unanimity was as rare as an albino humpback whale.

What made the ruling so powerful was what the government conceded, for purposes of the litigation. The Court put it this way:

Whether Snepp violated his trust does not depend upon whether his book actually contained classified information. The Government does not deny — as a general principle — Snepp’s right to publish unclassified information. Nor does it contend — at this stage of the litigation — that Snepp’s book contains classified material. The Government simply claims that, in light of the special trust reposed in him and the agreement that he signed, Snepp should have given the CIA an opportunity to determine whether the material he proposed to publish would compromise classified information or sources. Neither of the Government’s concessions undercuts its claim that Snepp’s failure to submit to prepublication review was a breach of his trust.

The court noted the dilemma facing the government as to classified information. It might have to disclose such information in court. Two CIA directors (Ford appointee William Colby and Carter appointee Admiral Stansfield Turner) had so testified at the district court hearing. The government also said that even certain unclassified material could harm national security if made public. The harm was the classic “sources and methods” that intelligence agencies routinely try to protect from disclosure.

The government won on all counts. The court enjoined further publication and imposed a constructive trust on profits. Trey Gowdy told Fox News’s Martha McCallum (3:41) that if Bolton really believed Trump committed impeachable offenses he should have so testified during the proceedings.

Bolton Bolts, Gets Bolted. John Bolton had a very high bar to clear. He went partway through the review process, but went ahead before the government made a final decision. From Reagan appointee Judge Royce Lamberth, he got “horse out of the barn” dispensation on the book’s large global distribution to date. But if Judge Lamberth’s assessment that Bolton did leak classified information holds up, if convicted at trial Bolton faces loss of all profits, plus felony jail time.

What makes his position so precarious is that he has no allies inside the Beltway. Republicans are furious that he was found to have compromised classified information; Democrats are furious, as noted above, that he did not appear in either the House or Senate phase of the impeachment proceedings. At age 74, with multiple felony counts likely to be filed, he could easily spend most of his remaining life in prison. The stage is set for a plea bargain — probably one count, with jail time. It is in the interest of both parties that this happen. Bolton surrenders profits and does a few years in jail. The administration gets a quick win and a messy trial out of the way before the fall election. Bolton does not figure to gain by insisting on a full trial, as no foreseeable Democratic president would pardon him, and as for Trump, don’t even ask.

But the intelligence agencies face a dilemma, as well. With global distribution virtually instantaneous, it is no longer possible to effectively contain unauthorized leaks. In 1980, when the court decided Snepp, at most a few thousand books in one or two chains or boutique bookshops had to be recalled. In the instant internet universe, hundreds of thousands can be rapidly sent around the world — call it “around the world in 80 minutes” (with apologies to Jules Verne). Already, every intelligence agency with an interest — ally, neutral or enemy — has copies.

Bottom Line. For Bolton to fare better: Either an appeals court must articulate a plausible basis for ignoring the 1980 ruling, or the Supremes would have to overturn it. Given a strong ruling by a rarely unanimous court, this seems a tall order.