by Ben Stein
Irpin, Ukraine, on March 9 (Drop of Light/Shutterstock.com) 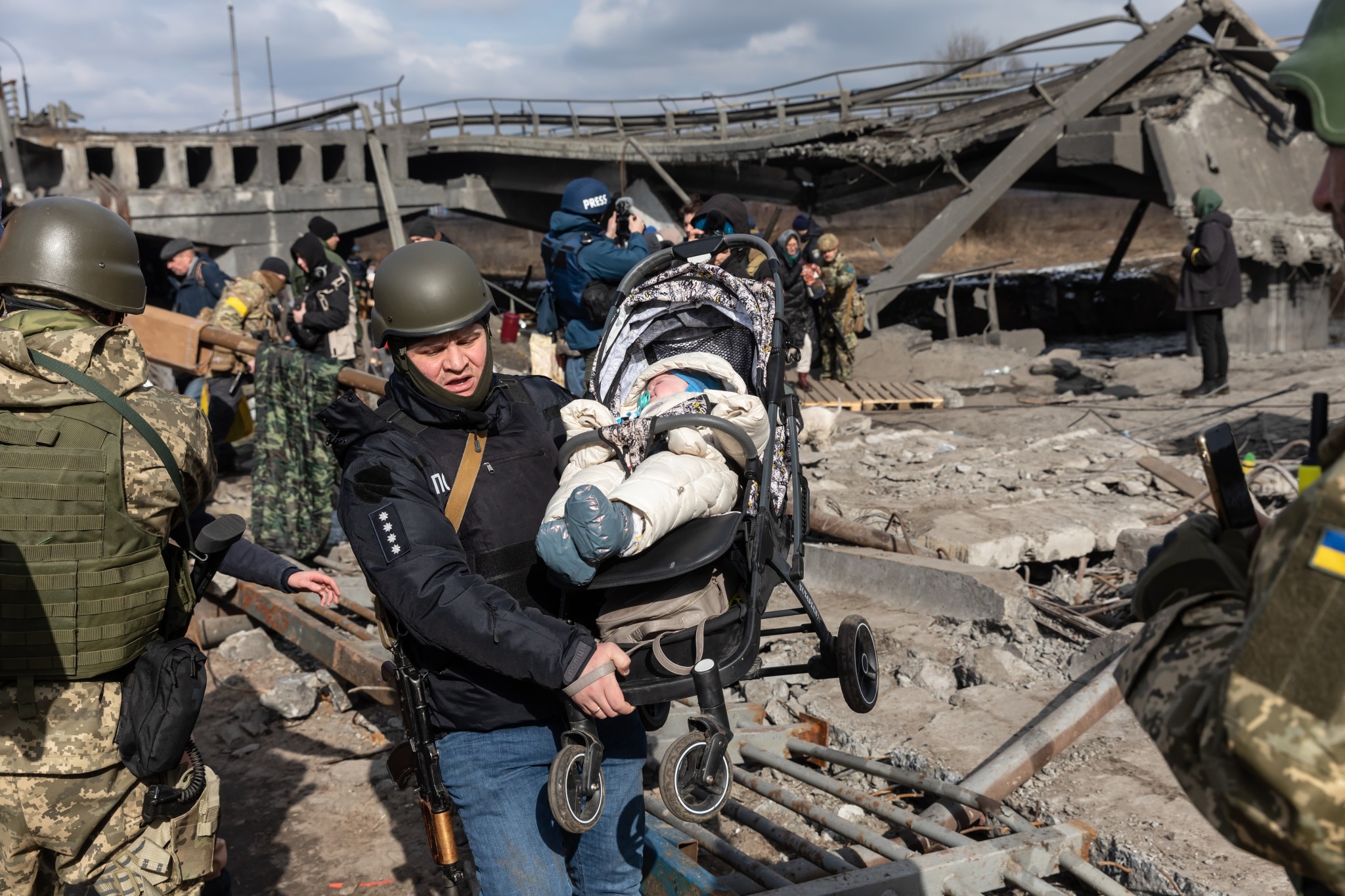 Long ago and far away, when I was a third-year student at Yale Law School, one of my closest friends was a super genius named Duncan Kennedy. Duncan sat next to me in many classes and always had something brilliant to say to the professors.

One of his smartest was that no matter how many “Socratic Bulls–t” questions a professor would ask, the answer would always be, from us students, “Sir, with the greatest possible respect, you are simply restating the previous question.”

I have found this to be a genius key for unlocking the doors of fraud and bunco schemes. For example, I have been going to a charming psychiatrist for many years now. We often discuss why I love my wife so incredibly much and how I can both worship her and play smart-aleck jokes on her.

His usual answer is that I love her because she has some ingredient in her personality that my mother was desperately lacking, and my wife supplies. Part of that ingredient is an immense dose of forgiveness, a personality trait pretty much unknown at 9342 Harvey Road, Silver Spring, Maryland.

When I pursue this avenue and ask what the missing ingredient and now supplied personality trait was, the doctor usually says, “Something that was of life or death importance in your childhood, which Mildred did not know much about, and which Alex has built into her soul like Jesus Christ.”

My answer to that is always, “Doctor, with the greatest possible respect, you are simply restating the prior question.”

This all comes to life because about fifteen years later, I lived near Bob Bartley, the genius editor of the Editorial Page of the Wall Street Journal and a pioneering conservative. He was also my boss. I wrote editorials for the WSJ and many, many columns about the political content (always leftist) of TV and Hollywood movies.

Occasionally, we would take the 7th Avenue IRT into work together and we would talk. At one point, there was a big skirmish going on between Israel and Syrian-based terrorists. There was an issue in the media about whether the U.S. should send satellite imagery to Israel to help them defend themselves against the killers, who were (as now) mostly targeting housewives and children.

Naturally, the leftists in the Democrat party insisted that Israel was the bully in the situation and that Israel should not get the weapons to use against the poor innocent Palestinians.

We at the Wall Street Journal were firmly behind Israel. And once when we were discussing this on the train, Bob said to me, “Look, Ben, there’s no doubt at all that Israel can beat the terrorists. The reason we have to send Israel the best imagery we have is to show ourselves — not that fraud they call ‘The World’ — that we value courage and a people who barely escaped extermination less than one generation ago — and we’ll help them to keep on surviving.”

Bob Bartley died almost 20 years ago. But in the current era his words ring out loud and clear: we have to help Ukraine survive with the best weapons we have not to show who the Ukrainians are, but to show ourselves who we are. This is a question we will endlessly have to ask ourselves and endlessly have to answer. Ukraine gives us a thing of hideous brutality, a cruel war, but also something beautiful: a chance to show ourselves who we are.

Ben Stein
Follow Their Stories:
View More
Ben Stein is a writer, actor, economist, and lawyer living in Beverly Hills and Malibu. He writes “Ben Stein’s Diary” for every issue of The American Spectator.
Most Popular
1
Arts and Letters
The Ally of Executioners: Pushkin, Brodsky, and the Deep Roots of Russian Chauvinism
by Matthew Omolesky