While you’re swirling through a tornado, it’s difficult to get perspective on the storm. Survival is all that matters. Fear is the operative emotion. Chaos is the constant.

Americans, and people around the world, are being buffeted, and our team is no exception.

Like a tornado, the news of this past year caused our editorial team to start in one place, but in the swirl, we got picked up and thrown down somewhere else. It’s been a wild ride putting this issue together.

Now might be a good time to remind you of the purpose of The American Spectator print edition. News moves at the speed of bits and bytes now, and the online media environment is so immediately responsive that any print publication can seem hopelessly outdated. Why have a print edition at all then? Well, it’s because in the tumult some stories get lost or get reported but without needed context. We seek, with our print edition, to offer that context and to elevate those stories that need to be remembered.

Two years from now, will news consumers accurately recall what happened in 2022 while new news flies through the air? We all will need a record of events, and a tangible one. That’s what we aim to provide for you, dear readers. It’s also why we don’t have weekly or monthly issues of the magazine. It takes time and distance to get perspective.

We hope you appreciate the voices of reason we offer during this chaotic, stormy season. 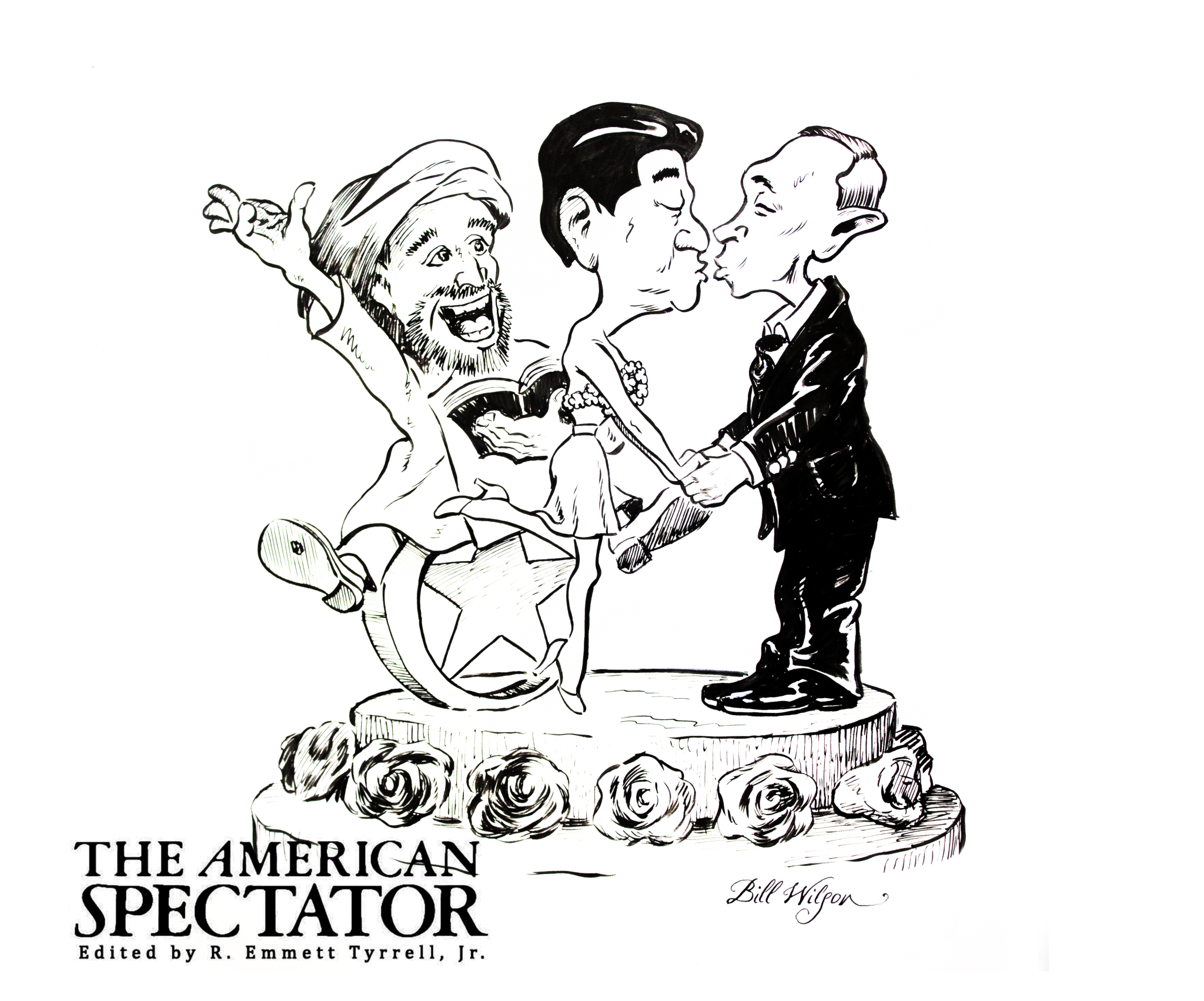 Blame Biden. Joe Biden seems to be the prevailing source of chaos causing the storm. As our dear Dov Fischer recently wrote for our website, Biden has brought plague upon plague to America. But how did he get in the position to do this damage?

It’s not just them, though. How many rational-minded people go along to get along? The above-mentioned people are an absolute nightmare. We’ve all seen the videos of the masked crazies publicly screaming at their fellow Americans for wearing a Trump shirt or not wearing a mask, or really just being happy.

Many of the crazies running things are using their various grievances to avoid legitimate suffering, but so are the people who refuse to confront the insanity.

See a garage pulley? The FBI comes to the rescue! It could be a hate crime! But it isn’t. It almost always is a hoax. The spray-painted N-words, the attacks of bleach and rope in Chicago, the racist notes are usually hoaxes, but they’re treated like they’re the real thing. Dealing with crazy people is a pain. Better to take obvious hoaxes seriously and run to the media and grandstand before finding the truth.

Or maybe at your office, there’s a gender sensitivity and CRT training class requirement from human resources. Employees should be heckling the teacher mercilessly or just walking out. But people stay. They fear getting fired. Worse, they fear the wrath of the crazy people.

Now crazy people are running the military, so recruitment videos look like welcome week at the queer dorm on a college campus. Rather than featuring a fighting force that is superbly well trained to efficiently kill the enemy, the brass has decided that it’s more important to be “inclusive” than to win. But who wants to join crazy people? So Army recruitment is down.

Parents shrugged at the nutbar teacher — there was always one — who said crazy stuff to their kids. News of confronting a crazy teacher gets around to other teachers, and no one wants their kid to be in a situation where he’s on the receiving end of a spiteful crazy person. But this silence has consequences. Ignoring the woke curriculum has consequences. And now instead of schools, Americans endure indoctrination centers.

In every aspect of life, from Twitter to the realms of education, entertainment, government, the military, the judiciary, and even the church, the crazy people have taken positions of power because the average, go-along-to-get-along American citizen has let them.

Americans are a tolerant people. They put up with all sorts of outlandishness because the prevailing sentiment has been to live and let live. Christians figure that people have to work out their life with their Maker, and that’s a personal thing, so who’s to judge?

The tolerant have been abused; their grace has been used against them. There is no such tolerance in the other direction. Nonconformity and lack of enthusiastic approval of the Left’s causes have been met with increasingly tyrannical retribution. Teachers mince around on TikTok sharing ways to deceive parents. New York mandates masks for infants and small children in direct contradiction of the evidence. Young men have no presumption of innocence on a college campus. J6 protesters are housed for eighteen months for misdemeanors — their real crime, a thought- crime, being their belief that Biden isn’t the duly elected president.

The crazies are in charge from Biden on down, but they’ve been helped along one small acquiescence at a time by average, hard-working Americans who just don’t want to deal with the hassle of resisting. It happens in conversations when the liberal friend spouts nonsense and rather than persuading or arguing, one says, “Oh, would you look at that, I really need to be going!” Engagement matters. To engage, though, one has to be educated, persistent, and on solid ground about one’s own beliefs.

Carl Jung said, “The foundation of all mental illness is the unwillingness to experience legitimate suffering.” Many of the crazies running things are using their various grievances to avoid legitimate suffering, but so are the people who refuse to confront the insanity.

In avoiding suffering, America is suffering. Hoping the crazies would wake up or grow up or go away isn’t working. Being weak in the face of crazy tyranny is creating more tyranny.

It’s easy to blame Biden, and certainly he hastens the demise, but we’re a Republic made up of too many weak men. We shouldn’t be surprised by hard times.