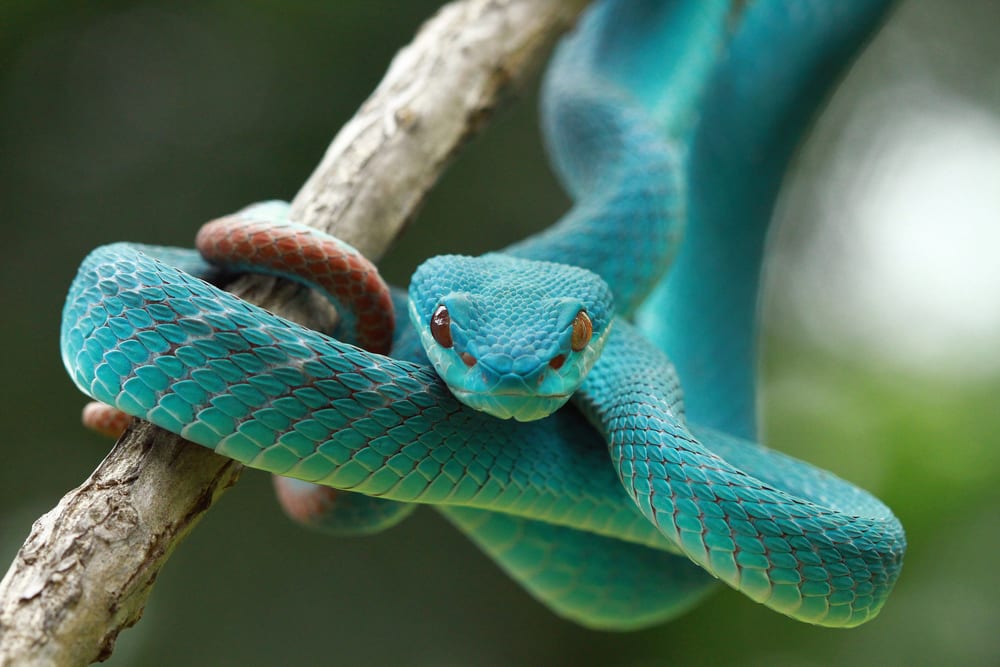 One of television’s most anticipated and talked-’ shows in recent years, Black Mirror, has just released its fifth season straight to Netflix. The show is a series of vignettes that discuss the dangers and absurdity of our technological culture and increasing human dependence on the digital world. This season, three episodes long, was not as futuristic or surreal as previous seasons have been, and critics haven’t been pleased.

Each episode in one way or another shows the desperate situation that cultural conservatives are now facing. The most jarring and bizarre episode is the first, which highlights everything wrong with the postmodern West’s view of sexual activity and morality.

The first episode, “Striking Vipers,’ begins with two seemingly well-adjusted men catching up at a barbeque. Danny (Anthony Mackie) is given a new virtual reality (VR) video game, “Striking Vipers X,” by his longtime friend Karl (Yahya Abdul-Mateen II). Later that night the two begin playing the game, which uses a neural link to digitally transport players into the game-world. The game is like a hyper-realistic Mortal Kombat or Street Fighter, and the players can really feel and see what is going on, while their motionless true bodies stare glassily towards the ceiling. This is certainly an interesting concept, but the episode takes a depraved turn. Danny, playing a male character, and Karl, playing a female character, start by fighting, but then begin sexually engaging with each other. While both feel strange about it, they continue this behavior for months.

Danny is married with a young son. He and his wife, Theo, are trying to have another child. But because of Danny’s strange online sexual activities, his marriage is faltering. Danny realizes what he is doing is wrong and eventually cuts things off with Karl. Danny’s life gets back on track and his wife becomes pregnant; his family is growing.

Months later, Danny’s wife invites Karl over for dinner as they hadn’t seen each other in quite some time, due to the awkwardness of their online gaming habits. The two men have a heated discussion while Theo is getting dessert in the Kitchen, and they decide to meet up later that night to figure out what on earth they have done with their lives. Karl says he cannot reach sexual pleasure in any way better than virtually with Danny, and Danny reluctantly feels similarly. The two kiss each other to find out if their attraction translated in the real world, and it turns out they aren’t actually gay for each other, so they start physically fighting. This leads to Danny’s wife finding out about what has been going on.

In a sane world, this would likely lead to either the end of the marriage or some serious counseling, and obviously, the two men would no longer be playing their “fighting” game together. In the fleeting moments of the episode, the married couple comes to a compromise. On special days, Danny can go virtually sodomize his friend Karl, while his wife goes out into the real world and hooks up with real men, cuckolding her virtual sex-obsessed husband. That’s the end, and it’s portrayed in a relatively positive light.

Of course, this is fantasy, but there is always some reality to Black Mirror episodes. The Western World’s sexual culture is so depraved that some people watched this episode and found the conclusion to be beautiful or reasonable. With the growth of the free love movement from the flower power generation, aberrant sexual activities have become increasingly accepted and mainstreamed, from extra-marital sex to virtual sex.

All of these numbers are extremely concerning, and with the advent of VR Pornography, things will likely only get worse. People can now simulate, much like the Striking Vipers players, something that is meant to be at best between a husband and wife, or at least something going on between two real people. Quick pleasure and a dopamine rush can “replace” something sacred, at a minuscule fraction of the effort.

This sexual depravity has real-world consequences, some of which we are already seeing today. Increasingly pornography is cited in the reasons that couples divorce. In Japan, young people are giving up on real sex/relationships (including nonsexual relationships) in growing numbers to either pursue other interests or virtual sexual interests. As a result, Japan’s birthrate has declined rapidly to, as of 2016, around 1.44 births per woman, among the lowest in the world. As a result, Japan is dying, and so will the world. If this commodification and digitization of sex continues unabated, the traditional family will continue to be dismantled, people will continue to be unable to find true meaning in their lives, and birthrates will continue to decline, all of which is a recipe for disaster.