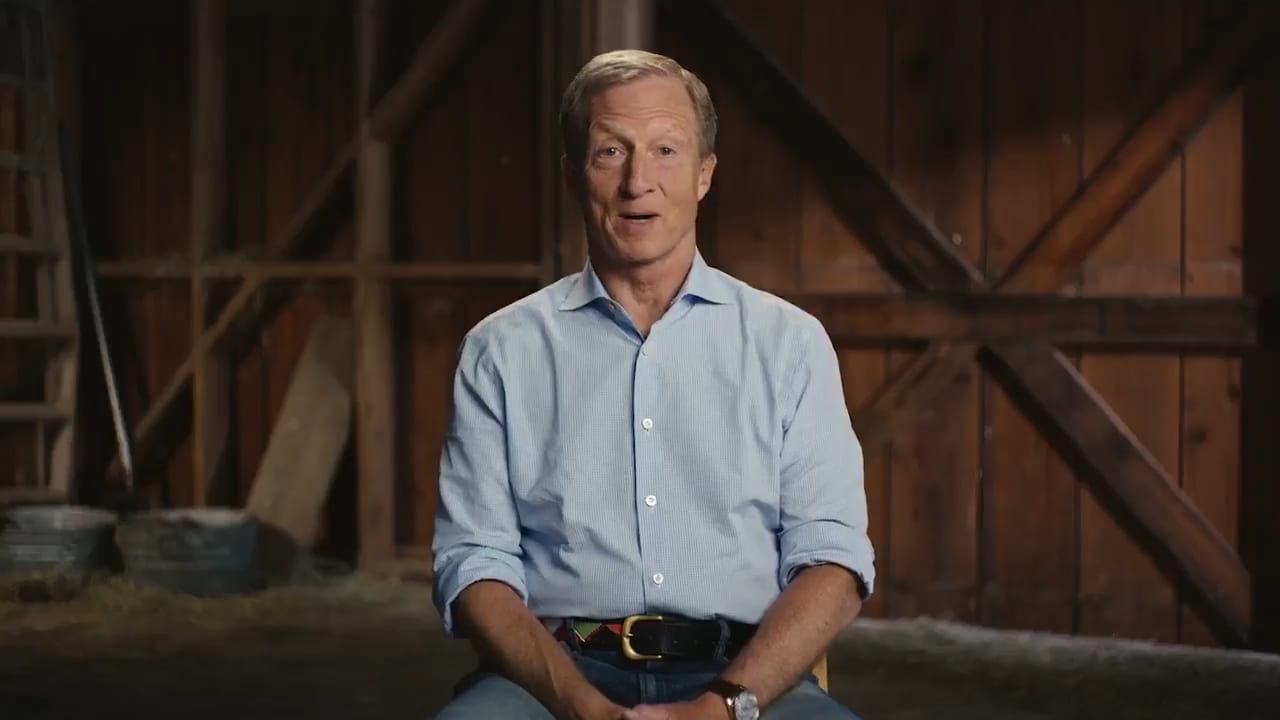 A 24th candidate has been added to the list of Democratic candidates for the 2020 presidential primary. California billionaire Tom Steyer, who recently entered the public eye after spending millions on an ad campaign to impeach President Trump, officially announced his candidacy in a YouTube video on Tuesday.

Steyer plans to focus his campaign on what he perceives to be the biggest issue in America today: the influence of corporations in politics. “I am running to end corruption of our democracy by corporations and give more power to the American people,” the video’s description reads. His candidacy was somewhat unexpected: after months of speculation last year, he claimed in January that he would not run before changing course this week.

His chances are not looking good. Though no polls have been conducted since his announcement, December 2018 polling had him tied for last place at 0 percent. He missed the first primary debate in June, and it is unlikely that he will meet the 1 percent polling or acquire the 65,000 individual donors necessary to qualify for the second debate.

But his personal fortune may give him a leg up on other relatively unknown candidates. Already, Steyer has indicated that he plans to spend $100 million of his own funds on the campaign. One day after officially declaring for the presidency, he spent $1.4 million on a TV ad campaign, more than any other Democratic candidate has spent on advertising so far. Even this may not be enough to buoy him up, however, as other big-name primary candidates such as Pete Buttigieg are reporting significant donations in addition to much higher polling.

Steyer’s campaign has also received some blowback for its apparent hypocrisy. Though he founded and runs an environmental advocacy group that attempts to curb the effects of climate change, he has a history of investment in oil and coal. His video rails against “the banks screwing people on their mortgages,” yet he has invested in subprime lending.

His most galling instance of hypocrisy, of course, is his fundamental message. He was the country’s biggest individual donor during the 2014 midterm elections, sending almost $75 million to Democratic candidates. He spent $25 million in an effort to increase turnout among younger voters during the 2016 election. It is especially jarring, therefore, that the main issue he is running on is the removal of corporate money from politics.

He has attracted criticism from within his own party: Nancy Pelosi dismissed his impeachment ad campaign in 2017 as a “distraction.” Bernie Sanders declared that he is “tired of seeing billionaires trying to buy political power” only hours after the video was released. Elizabeth Warren tweeted: “The Democratic primary should not be decided by billionaires.”

The Republican National Committee also reacted strongly: “After a false start, left-wing extremist Tom Steyer has finally formalized his self-promotion tour under the guise of a presidential campaign,” said RNC spokesman Steve Guest in a statement. It is unclear which of Steyer’s policies Guest was referring to as extremist, given that there is little information on his campaign website about specific policies. But it is likely that his history of extremely large donations to Democratic candidates and climate change activism motivated the comment.

3
Another Perspective
The Left’s Assault on America’s Working Class
by J.T. Young