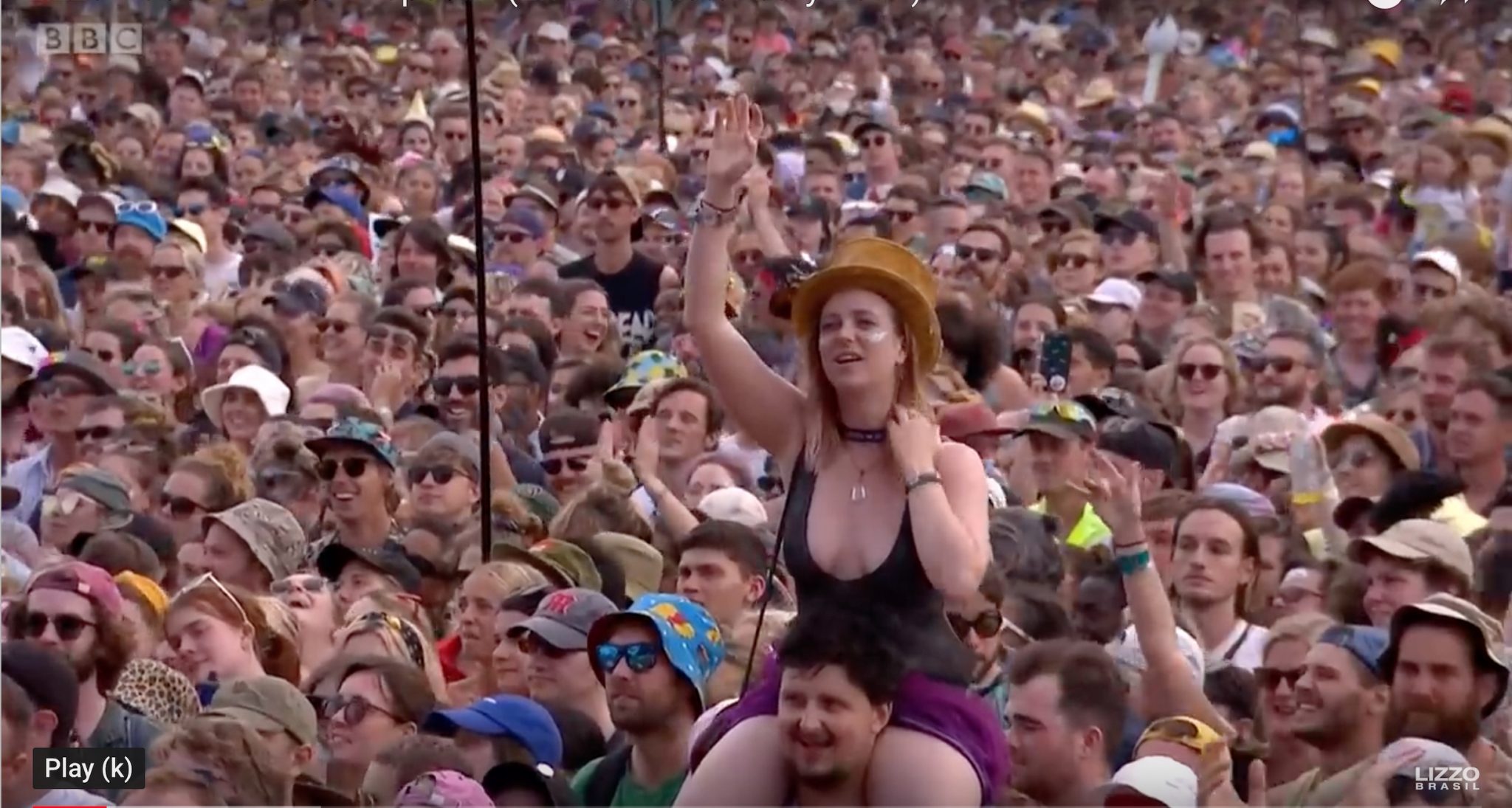 Jillian Michaels committed the worst of 2020 sins. She spoke the truth.

Lizzo, for the uninitiated, recently rose to fame on the sleeper hits “Good as Hell” and “Truth Hurts.” If you don’t listen to that radio station, then surely you hear her songs on Walmart and Grubhub television commercials. The Grammys nominated her for eight of their awards. She’s kind of a big deal.

Lizzo sounds like a singer in an industry searching for women who look like singers. Does God really bless those already blessed with angelic beauty with angelic voices, too? This common corruption of the point of music seems ungodly and unfair, and perhaps the product of man’s corruption, and, after close and repeated examination of this Britney Spears Instagram video posted last weekend, woman’s, too. Good for Lizzo’s talent for transcending her industry’s hangups. She stands out because she does not fit in.

But Lizzo is not merely a singer. She is a symbol. Specifically, Lizzo serves as the poster girl for body positivity. She cites negative depictions of fat people in the media as adversely affecting her mental health. When Time named her Entertainer of the Year a few weeks back, Lizzo told the magazine, “There were a lot of things that weren’t popular but existed, like body positivity, which at first was a form of protest for fat bodies and black women and has now become a trendy, commercialized thing. Now I’ve seen it reach the mainstream. Suddenly I’m mainstream!”

Last August at the Video Music Awards, Lizzo, spilling out of a yellow body suit in front of what looked like a giant, inflatable bum and accompanied by dancers of various sizes wearing — a la the unforgettable forgettable 1981 film So Fine — pants with the posterior cut out, declared, “I’m tired of the bulls—. And I don’t have to know your story to know you’re tired of the bulls—, too. It’s so hard trying to love yourself in a world that doesn’t love you back.”

People tired of BS should not peddle it. Lizzo, exuding talent, inhales too much food. She appears morbidly obese because of this — or lack of exercise, or both. Someone asked Jillian Michaels about this. She answered honestly. Crucify her for it?

As chocolate eclairs and ham hocks prove, one can overindulge in a good thing. And it appears the very welcome development of a music industry rewarding sounds and not sights fosters the unwelcome push of that attitude toward the extreme of not merely rejecting fatness as a disqualifier but imagining it a positive good as well.

Twittericans weighed in on this weighty matter.

“Jillian Michaels can no more predict Lizzo’s future health — or speak on her current health — then she can walk upside down on the ceiling,” one tweeted. “Not only is this well outside of her skill set as an overpaid aerobics teacher, it’s just a prejudice-based guess built on stereotypes.” Another called it “high time we change our perception of ourselves and what beauty is to reflect the average woman,” castigating Michaels for “erroneously and bizarrely insinuating Lizzo is at risk of diabetes.” A third tweeted, “Jillian Michaels got rich by convincing fat people that they should hate themselves and then torturing them on TV. No surprise she’s angry that some of us slipped out of her slimy grasp. Threatens her entire worldview and her entire bank account.”

The experts also weighed in on what the experts say about weight.

“According to experts,” Gabby Landsverk claims in an article about the Lizzo controversy @ Insider.com, “weight is far from the most important factor when it comes to health. Research shows that factors like blood pressure, insulin resistance, and cholesterol levels are more important. Sending the message that people should lose weight no matter the cost can also increase the risk of dangerous eating disorders and worsen health.”

Does America really have a skinny problem? The body positive revolution’s Thermidor comes not a second too soon.

“Obesity is the leading risk factor for type 2 diabetes,” an article in the Texas Heart Institute Journal informs. “The Centers for Disease Control and Prevention report that 32% of white and 53% of black women are obese. Women with a body mass index (BMI) of 30 kg/m2 have a 28 times greater risk of developing diabetes than do women of normal weight. The risk of diabetes is 93 times greater if the BMI is 35 kg/m 2.” Obesity greatly increases risk for heart disease, stroke, and even Alzheimer’s.

It seems insulting to convey what everybody already knows. But in an age when people prefer to hear what makes them feel good over what is good for them, uttering an obvious truth now and then matters.

“We live in a time when reality is in conflict with platitude, when a fact is in conflict with an a priori interpretation of it, when common sense is in conflict with a distorted rationality,” Vaclav Havel wrote in “On Evasive Thinking” regarding life in a Communist regime. “It is a time of conflict between theory that plays fast and loose with practice, and theory that learns from practice; a conflict between two gnoseologies: the one that, from an a priori interpretation of the world, deduces how that reality should be seen, and the one that, from how reality is seen, deduces how that reality must be interpreted. In my opinion, how quickly our society evolves will depend on how quickly we can replace the first gnoseology — the metaphysical one — with the second, the dialectical one.”

From the insistence that plastic surgeons possess the ability to make men women and women men to the seemingly contradictory premise of the biological sameness of the sexes, the culture, like a commissar, stubbornly not merely maintains but imposes falsehood as truth. Our culture resembles Havel’s government. When scientific fact collides with emotional flattery, the latter prevails.