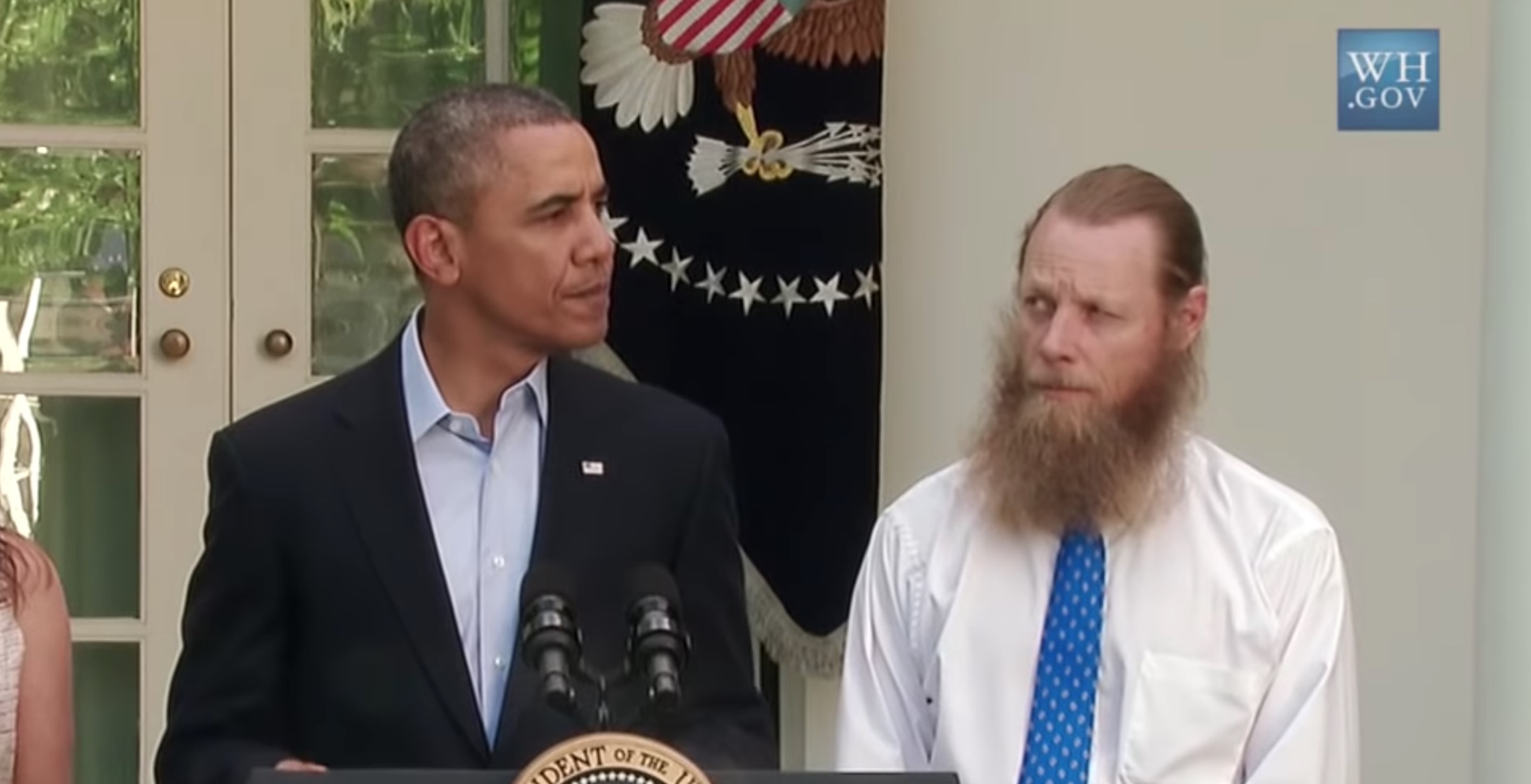 Joe Biden has promised to complete the fundamental transformation of America that Barack Obama started. “I think that what we’re seeing now is Joe and the administration are essentially finishing the job,” Obama has said.

During the Obama years, an image of that fundamentally transformed America was a Rose Garden ceremony celebrating the trade of Bowe Bergdahl, an American deserter, for five of the most dangerous terrorists from the Taliban. Obama treated that Rose Garden ceremony as a glorious moment for the country. It was, instead, a foreshadowing of Biden’s disgracefully botched handling of America’s withdrawal from Afghanistan.

A fundamentally transformed America is a greatly weakened one. Biden is, alas, finishing Obama’s job. What Biden calls a “success” in Afghanistan, future historians will call an ignominious failure. It got little attention, but even Biden’s drone strike in response to last week’s suicide bombing was a debacle. The strike ended up killing ten innocent civilians, “five of them children, all relatives of an interpreter who’d worked for Americans during the war,” reports Slate.

Biden’s desperate spinning may fool a sympathetic press, but it won’t fool military families. “You can’t f— up as bad as he did and say you’re sorry,” said a sibling of one of the slain soldiers to the press. “This did not need to happen, and every life is on his hands, the thousands of Afghans who will suffer and be tortured is a direct result of his incompetence.”

In fact, Biden hasn’t expressed any remorse for his ineptitude. He is the classic stubborn pol who refuses to admit a mistake. His presidency so far has consisted not of solving problems but of creating them. He can’t leave well enough alone. At the border, he created a crisis where there wasn’t one by throwing out all the common-sense policies of his predecessor. Similarly, he tossed aside Trump’s successful energy policies and now America is once again dependent on energy from foreign countries.

Whatever weakens the country, Biden calls progress. But his sagging poll numbers indicate that the American people are not buying his self-flattery. They can see all too clearly that his presidency is floundering. Every week is a new self-inflicted crisis. Had Biden done absolutely nothing and stayed in the basement of his Delaware home since January, America would be far better off.

The symbols of American decline under Biden are almost surreal: Black Lives Matters flags waving atop American embassies, anti-American athletes feted at the White House while soldiers die on the battlefield, inner cities that look more dangerous than Kabul. “Chicago shootings: 48 shot, 5 fatally, in weekend violence across city,” ran a recent headline. Similar headlines appear almost every weekend in Chicago. But what does the Biden administration busy itself with? Mask mandates for children, the promotion of critical race theory, and countless other destructive frivolities.

As the Taliban returned to power, Biden was prattling on about the need for a woke military focused on climate change and diversity. He was directing his State Department to disseminate transgender propaganda across the globe. On Tuesday, he said, “I’ve been clear that human rights will be the center of our foreign policy.” In other words, his foreign policy amounts to nothing more than virtue-signaling.

It takes a lot of gall to muse vaguely about human rights while Americans remain stranded behind Taliban lines and while billions of dollars in American weapons fall into the hands of terrorists. The “center of our foreign policy” should be the protection of Americans. The reduction of foreign policy to virtue-signaling leads to such ludicrous statements as the one made recently by Biden’s United Nations Ambassador Linda Thomas-Greenfield: “We are hearing from people in Afghanistan that they are getting threats from the Taliban, and we have expressed in no uncertain terms here at the United Nations through a very strongly worded press statement from the Security Council that we expect the Taliban to respect human rights, including the rights of women and girls.”

The project of Obama and Biden was never to strengthen America but to enfeeble it and mask dysfunction as progress. A fundamentally transformed America is a disintegrating one — a descent that can be measured from Obama’s Rose Garden ceremony for the release of Bowe Berghdal to Biden’s calamitous Afghan withdrawal.

George Neumayr
Follow Their Stories:
View More
George Neumayr, a senior editor at The American Spectator, is author most recently of The Biden Deception: Moderate, Opportunist, or the Democrats' Crypto-Socialist?
Most Popular
1
Crime Time
New York Attorney General Letitia James Must Resign — and Be Prosecuted for Abuse of Power
by Jeffrey Lord