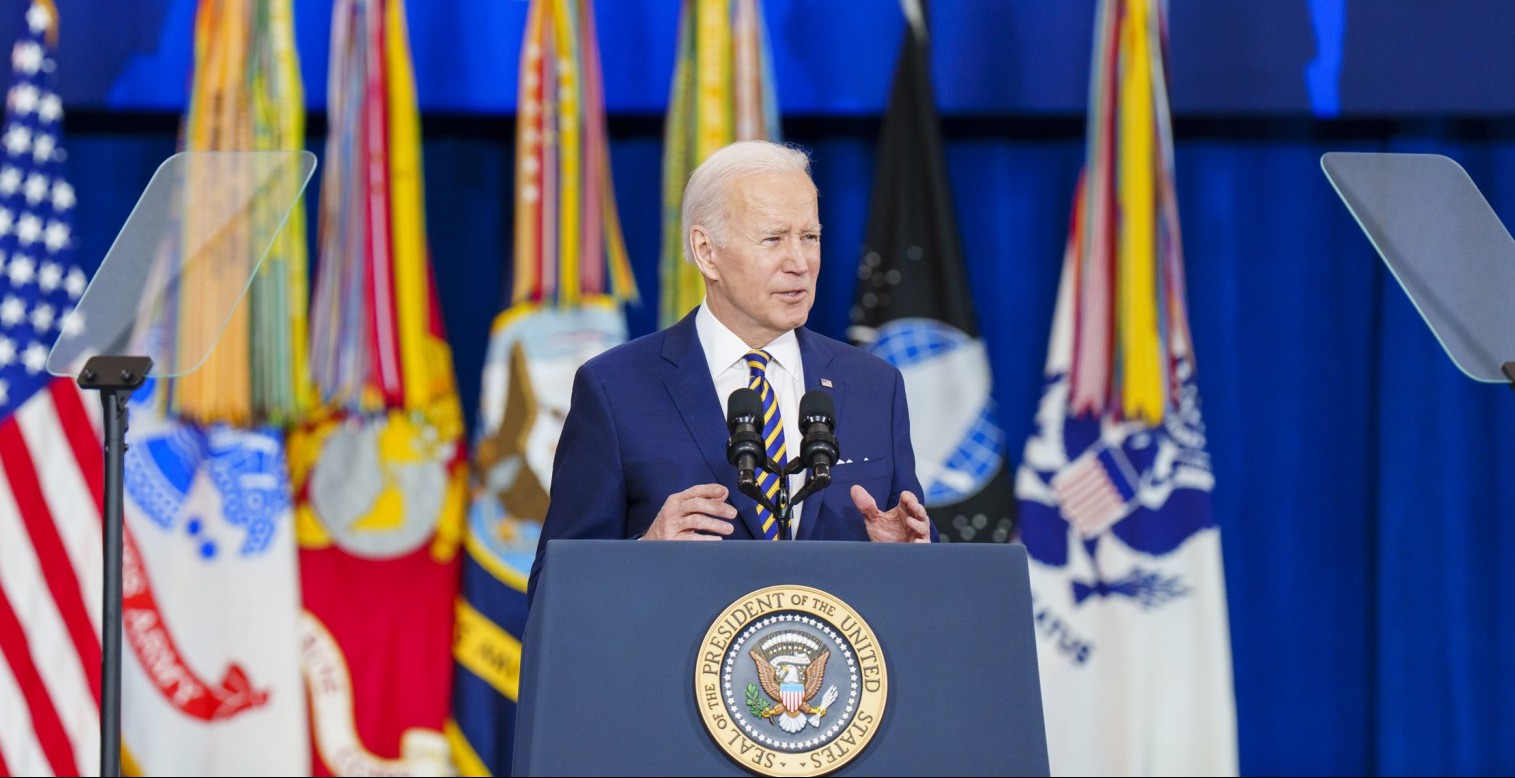 President Joe Biden is taking victory laps for last year’s reduced budget deficit. No one would be happier than me to see this number fall in a significant way. But the decline has nothing to do with the president’s policies, and it changes little about the dangers of our fiscal situation.

According to monthly reporting by the Treasury Department, we know the budget deficit for May was $66 billion. So far, the deficit for the 2022 fiscal year is $426 billion. With four months left, this year’s deficit will indeed be significantly lower than last year’s, which was nearly $2.8 trillion. There’s nothing like $5 trillion in COVID-19 relief spending paid for with borrowed cash to balloon a deficit!

Biden’s administration did nothing to bring about the deficit’s decline. Credit really goes to large increases in tax revenues as the economy rebounded combined with the decision by Democratic Sens. Kyrsten Sinema and Joe Manchin and their Republican colleagues to block Biden’s expensive “Build Back Better” proposal. BBB would have made permanent many of the emergency programs created or expanded during the pandemic, and had it passed, government spending and deficits would be heading even higher than they are today.

That said, the still-too-close-to-$1 trillion deficit for FY 2022 is inexcusably large. More worrisome is the cost that we taxpayers must shoulder because of the pre- and post-COVID-19 deficits. According to that same Treasury report, in May, the U.S. government paid $56 billion in interest payments on its debt, up from $44 billion in April. As of now, total interest payments for this year are $311 billion. With four months still to go on this figure, we can assume a total interest cost for FY 2022 of at least $500 billion.

This is just the beginning. Before the pandemic and the inflation unleashed by irresponsible government spending and easy money, the Congressional Budget Office projected that in 2050, interest payments on U.S. debt would consume 8 percent of GDP and 40 percent of government revenue. These projections assumed modest increases in interest rates over a long-term period. However, as of today, the short-term figures look optimistic as inflation and the Federal Reserve’s response to it are boosting interest rates.

Higher interest rates today will raise interest payments shortly thereafter, as so much of our debt is short-term. According to the Treasury, total interest on marketable debt in May was 1.73 percent, up from 1.66 percent in April, and rising. At this pace, we could reach 2 percent by the end of the year. A calculation by the Mercatus Center’s Jack Salmon finds that a 1 percent increase in interest rates would result in annual interest payments of $1.06 trillion while a 2 percent increase would elevate these annual payments to $1.45 trillion.

It’s expensive for sure, but it is also a vicious cycle if the interest is paid for with yet more borrowing. More borrowing raises total interest payments. In addition, if one believes (as I do) that most of our current inflation is rooted in recent fiscal irresponsibility, then more borrowing to pay for more interest will only add more fuel to the inflation fire.

Finally, as the average interest rate on marketable debt approaches 2 percent, we are getting close to the threshold that some left-leaning economists say should trigger concerns about the size of government debt.

In 2020, economists Jason Furman and Lawrence Summers weren’t worried about this. Interest rates were historically low and seemed destined to stay low. Still, out of academic rigor, they laid out some markers for when we might start worrying about the debt: “As a new guidepost, we propose that fiscal policy focus on supporting economic growth while preventing real debt service from being projected to rise quickly or to rise above 2 percent of GDP over the forthcoming decade.”

Today, debt held by the public is about 98 percent of GDP, so with a 1.734 percent interest rate, we are currently spending 1.7 percent of GDP on interest payments. If the Federal Reserve does have to raise rates significantly higher than projected to tame inflation, we really should start to worry.

In other words, the budget deficit might be smaller than at the height of the pandemic, and that is a good and predictable thing. But it’s no cause for celebration as interest rates and servicing costs could push us into worrisome territory sooner than we think.