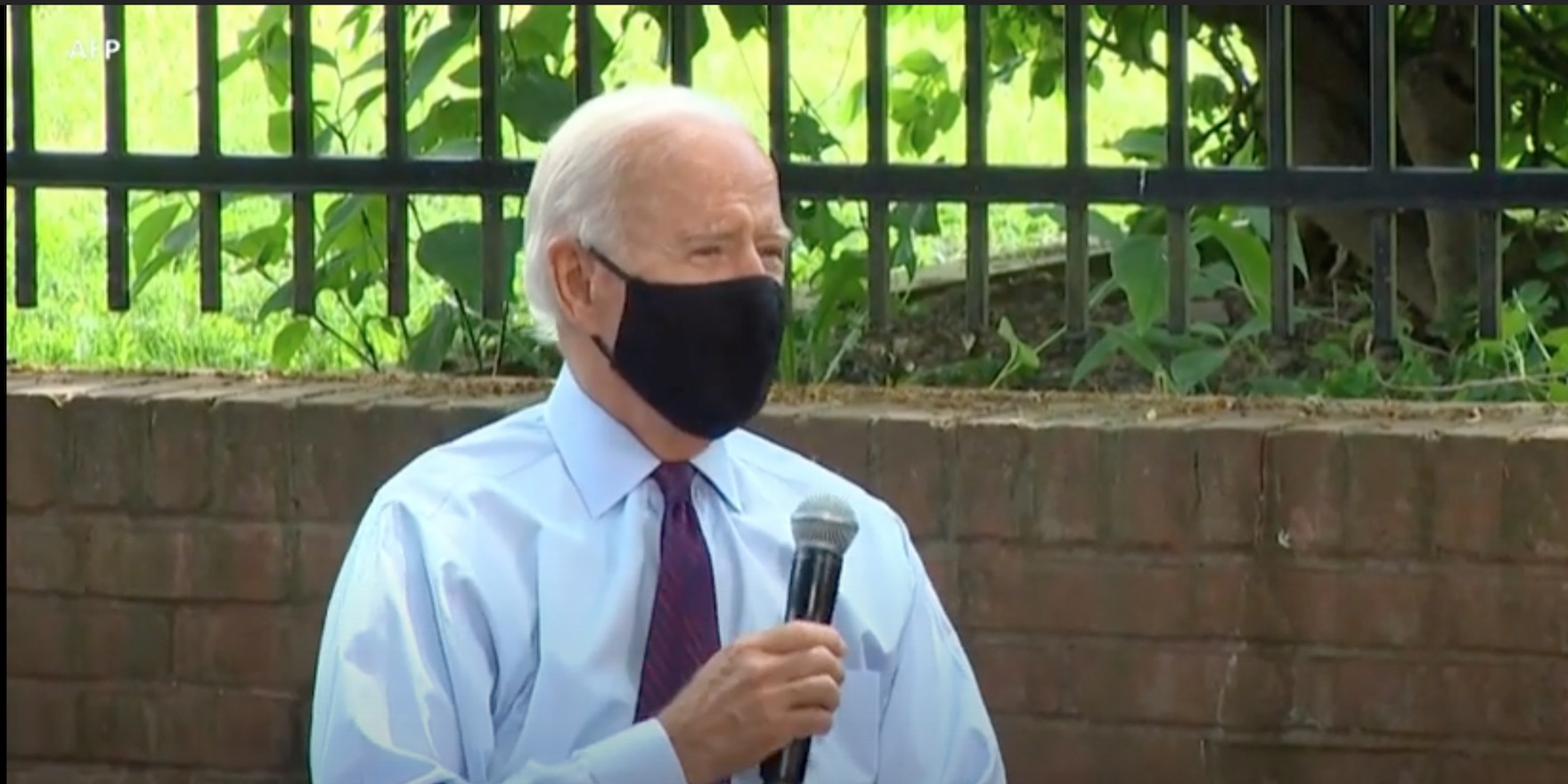 It should by now be clear to the meanest intelligence that key advisers to former Vice President Joe Biden, the presumptive Democratic presidential nominee, are terrified of allowing him to stand next to President Trump on a debate stage. Consequently, they have deployed various Biden-friendly pundits to denounce presidential debates in general as meaningless exercises in empty showmanship. Elizabeth Drew, for example, advises the readers of the New York Times that these quadrennial contests more closely resemble wrestling matches than genuine debates about important issues. They reward “snappy comebacks and one-liners” rather than substantive discussions of serious issues. In the end she inadvertently refutes her own claim.

The voters will certainly see it as an indication that Biden is indeed suffering from some disability that renders him incapable of debating Trump face-to-face.

Drew attempts to support her argument by referring extensively to President Reagan’s debates with Walter Mondale. Ironically, these very encounters demonstrated how important the debates have become. Indeed, the Reagan–Mondale events were instrumental in disposing of a central question that hovered over the 1984 campaign and is once again very much on the minds of the voters — whether or not one of the candidates was experiencing a cognitive decline. During that election cycle the Democrats and their allies in the media began to spread rumors that Reagan’s advanced age (73) had robbed him of his mental edge. Drew describes how the debates put that issue to rest:

In the first 1984 debate, Reagan, seeking re-election and at 73, the oldest person to be nominated for the presidency seemed tired and tended to wander off mentally at times.… But another debate soon followed. Thoroughly prepared, Reagan got off the crack, “I will not make age an issue of this campaign. I am not going to exploit, for political purposes, my opponent’s youth and inexperience.” The audience roared and Mr. Mondale feigned a laugh, knowing he was cooked.… But what is the point or relevance of the carefully prepared one-liner?

The point, of course, was that it revealed Reagan’s poor first debate as nothing more than a bad night. The hilarious beginning to the second debate demonstrated that he was back on his game. His entire performance during that debate made it abundantly clear that he was still the same president who, after soundly defeating Jimmy Carter, brought back the economy from the dead and reoriented American cold war policy such that it eventually brought the Soviet Union to its knees. This debate was obviously reassuring to the voters, some of whom were probably concerned that Democratic claims about Reagan’s fitness might be true, and they went on to reelect him in a 49-state landslide.

In 2020, the voters are once again concerned about the cognitive fitness of a presidential candidate. Several polls have found that a large plurality believe that Joe Biden suffers from dementia and should release the results of a legitimate cognitive test before the election. But this won’t be enough. He will have to fix the problem the way Reagan fixed it — by going toe to toe with his opponent. The voters will never elect Biden president if he fails to do so. Moreover, his fellow Democrats know it. Writing for the Hill, Alexander Bolton quotes a number of prominent Democratic senators, including Elizabeth Warren (D-Mass.) and Dianne Feinstein (D-Calif.), who say Biden must debate Trump. Some, however, want him to demand special rules before agreeing to debate:

Discussion about Biden playing it safe by skipping the debates has caught the attention of some Democratic senators who say the rules may need to be negotiated…. The senator floated the idea of special rules “where you have fact checks after answers” or “a different kind of debate like the Lincoln-Douglas debates where you have a lengthy period to explain what your position is, which allows you to correct what your opponent says.” But more Democratic senators are in favor of Biden challenging Trump on a debate stage.

These Democrats know any proposal to replicate the Lincoln–Douglas debates, in which the two candidates did not confront one another on the same stage as they have done for the past 60 years, will look like an attempt by the Biden campaign to keep him hidden in the basement. The voters will certainly see it as an indication that Biden is indeed suffering from some disability that renders him incapable of debating Trump face-to-face. Likewise, any unreasonable Biden demands for special rules will be accurately seen as poison pills meant to derail legitimate negotiations with the Trump campaign concerning how the debates should be conducted. This would certainly be fatal for Biden.

Ultimately, voter expectations involving presidential debates will force Biden’s campaign to sail between Scylla and Charybdis. If he tries to avoid them, he will be sucked into a maelstrom of ever-increasing speculation about cognitive decline and fitness to serve. If Biden is allowed to stand on the debate stage with the president, he will be eaten alive by the many-headed man-eater that Trump becomes in such venues, a beast that has already devoured more than a dozen GOP primary opponents as well as the 2016 Democratic presidential nominee. This is, of course, what scares the Democrats and Biden’s handlers. No matter what the former VP does, the debates will be his undoing.