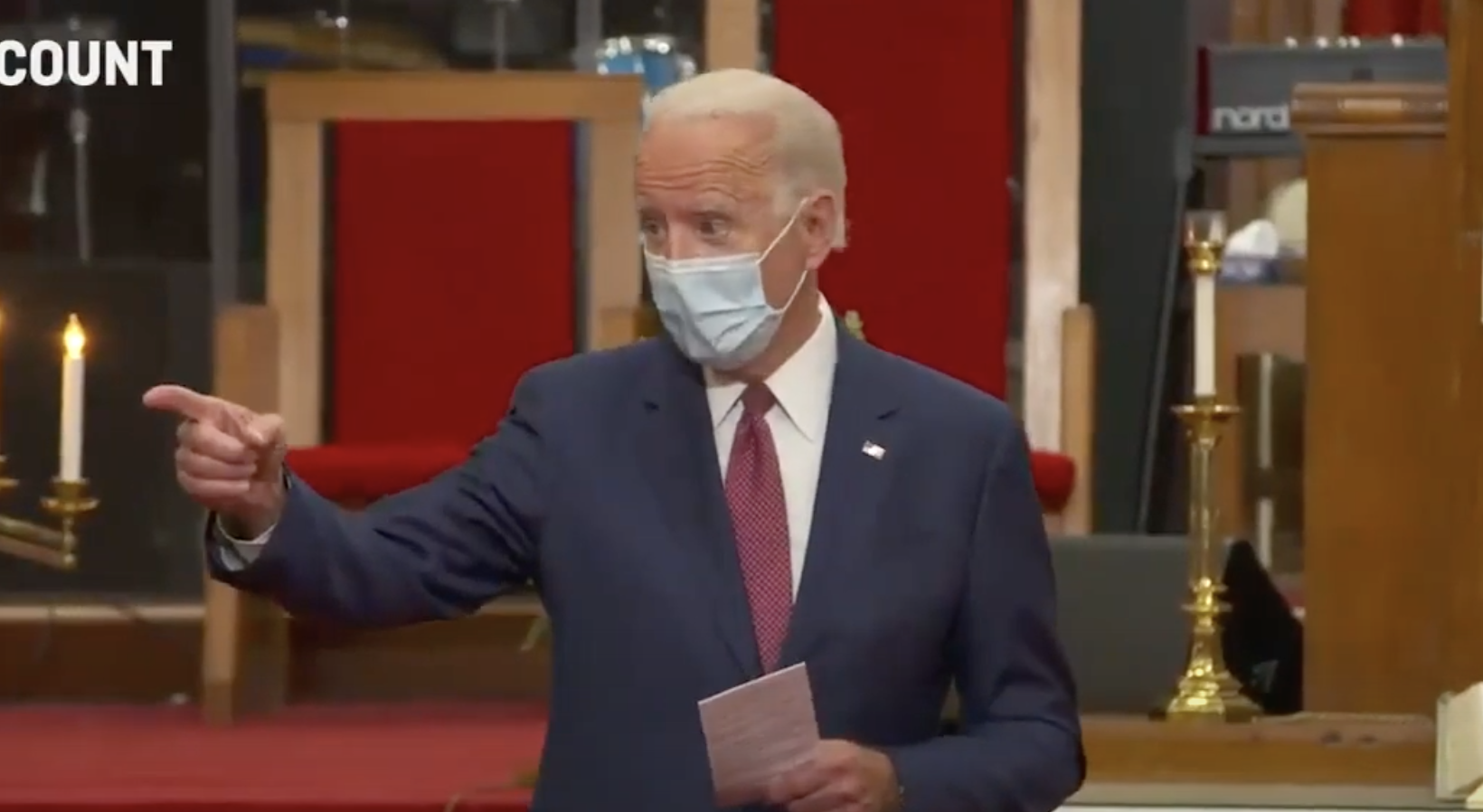 In debates over police use of force, it’s only a matter of time until someone — invariably with little firearms experience and certainly with none in a “real-world” context — interjects with this prescription. At a recent ABC News town hall, former Vice President Joe Biden deployed the familiar “shoot ’em in the leg” refrain as a proposed alternative to a “shoot to kill” approach against charging assailants. Months earlier, Vice President Biden had offered similar advice to police faced with knife-wielding subjects, recommending they “shoot ’em in the leg instead of the heart.”

It’s neither a secret nor a surprise that loose talk about potential life-or-death confrontations drives cops nuts. Police carry firearms to counter immediate, serious, and violent threats to the public’s safety or their own. Discharging their service weapon is no trivial matter and is undertaken expressly to neutralize the perceived threat. That means aiming at center mass, not targeting moving extremities. Doing otherwise would dramatically increase the already not-insubstantial odds of missing altogether, hitting bystanders, or failing to incapacitate the suspect even if wounded.

But there’s a more important issue at stake than understanding how guns work or the physiological response to violent encounters. As a matter of law, discharging a firearm is the police’s absolute last resort. Employing a lethal weapon constitutes the use of deadly force, irrespective of outcome or intent. The only valid reason to do so is when officers reasonably believe there is imminent danger of serious physical injury or death. Despite Hollywood depictions to the contrary, tactics such as warning shots, vehicle disabling fire, and targeting fleeing subjects who pose no active threat are not an ordinary part of law enforcement’s repertoire.

The focus of police work is on de-escalation. Law enforcement officers at all levels are trained on a use of force continuum that proceeds from presence on the scene, to verbal commands, through various measures of physical restraint and less lethal forms of intervention. The use of firearms is only sanctioned when strictly necessary, in the absence of reasonable alternatives. A “good shoot” prevents serious harm based on the officer’s good-faith assessment of the circumstances; a “bad shoot” means potential non-lethal devices or procedures were available, applicable, and overlooked.

If you have time to contemplate extremity shots, you shouldn’t be shooting at all.

Indeed, this requirement to use the least restrictive means to subdue a subject is precisely what differentiates policing from warfare. Under the law of war, enemy belligerents are subject to lethal attack at any time and place. The legality of the targeted killing campaign undertaken by U.S. military and intelligence agencies against terrorist operatives over the last two decades, for example, relies almost exclusively on the continued assertion that we remain in a state of war with various groups and in various regions of the world. President George W. Bush called this effort the Global War on Terrorism; President Barack Obama deemed it “an armed conflict with al-Qaeda, the Taliban, and associated forces.” Legally, the effect was largely indistinguishable in allowing the U.S. to target enemy fighters overseas with remotely piloted aircraft, or drones.

The binary of policing and soldiering reflects starkly divergent paradigms. “War,” remarked the Nuremberg prosecutor Telford Taylor, “consists largely of acts that would be criminal if performed in time of peace.” In combat, members of the armed forces engage the enemy with lethal force based solely on their status as adversaries. They are licensed to engage in hostilities and inflict violence upon military forces and objectives, and liable to be killed in the same manner. In fact, the wartime prohibition on inflicting superfluous injury or unnecessary suffering is concerned not with killing enemy combatants, but rather injuring them in ways that prolong or aggravate their agony. As Francis Lieber, the author of President Abraham Lincoln’s seminal code of conduct for Union forces, wrote, “In war we may inflict death, but have no right to indulge in cruelty.”

The resort to firearms by law enforcement, in contrast, is reserved for bona fide emergencies, “when strictly unavoidable in order to protect life.” Targeting subjects with lethal weapons is only sanctioned when arrest is infeasible and grave danger is imminent.

The U.S. military recognizes this dichotomy by having one type of internal rules for overseas contingency operations and another for domestic civil support missions. Rules of engagement, which fall in the former category, seek to align the scope of combat engagement with wider policies and objectives, but are generally permissive in nature so as not to tie commanders’ hands at the tactical level. The latter, known as rules for the use of force, reflect law enforcement standards and are therefore restrictive, limiting physical coercion to the minimum necessary and confining deadly force to situations where all lesser means have been exhausted.

Lethal force means any force likely to inflict serious physical injury or death. Intentionally discharging a firearm with standard ammunition at another individual is deadly force, period. Outside of war, government officials are only authorized to take this drastic step with the intent of countering the threat that justified lethal force in the first place. Firing a gun is the last link in the use of force continuum. Shooting is the ultimate sign of escalation.

The “shoot ’em in the leg” canard is therefore doubly destructive. On the one hand, it implies that law enforcement officers can resort to deadly force when its use is not justified. On the other, it seeks to deprive cops of the essential ability to act decisively and conclusively in order to protect fellow citizens’ lives or their own. If you have time to contemplate extremity shots, you shouldn’t be shooting at all. If you are shooting, you are doing so to stop the imminent threat as expeditiously as possible.

According to Israeli lore, Mossad agents are trained to only pull their gun when they need to shoot, and to squeeze the trigger twice in quick succession if they have to fire in the first place. Certainly, there’s a long way from the shadowy world of covert operations to the constitutionally circumscribed environment of domestic policing. But at least one thing remains consistent: there is nothing frivolous about shooting a fellow human being, and no one is aiming for the leg.

Lt. Col. Charles G. Kels teaches at the Army Medical Center of Excellence and serves as an Air Force reservist. His views do not reflect those of any government agency.