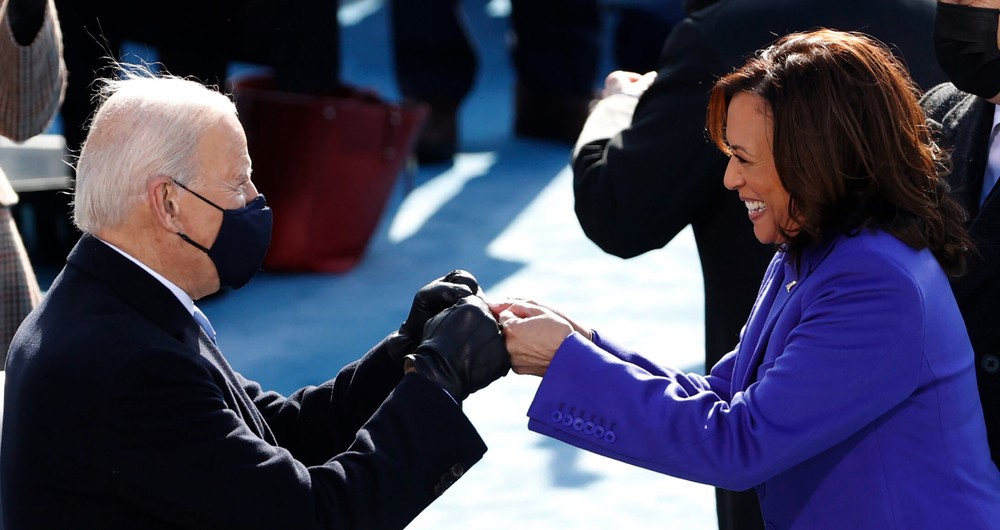 Well, it was reassuring, wasn’t it? Our new president, Sleepy Joe, reading from his large-print teleprompter, told us a new day is coming. The summer of love is just around the corner. He promised to unite us, to be president of all Americans, including YOU RACIST, NATIVIST, KU-KLUXING, DEPLORABLE REPUBLICAN BASTARDS! Apparently Sleepy Joe studied condescension on a Barack Obama scholarship.

And some of his executive orders give us hope for the future. Of course what the country needs now that blue-state governors have shut the economy down is several million more unskilled non-workers from south of the border who don’t speak English and a substantial fraction of whom will bring COVID with them. His executive order erasing our southern border and his promise not to deport any undocumented Democrats has helped create the human wave heading north through Central America toward the country that Democrats have described as systemically racist. Poor, deluded souls. At least Sleepy José has promised to turn the whole immigration issue over to Congress where it belongs. The matter will become part of the We Don’t Need No Stinking Borders Act of 2021. Los días felicas están aquí. Hurra!

By ending restrictions on immigration from countries whose principal export is terrorists, his Sleepiness is taking a significant first step in addressing the country’s acute shortage of murderous jihadis. All of us infidels here in the Great Satan can sleep more soundly knowing these guys are on the way.

We can expect our Joe to be sympathetic to Democrats who’ve raised the alarm about members of our armed forces being RACIST, NATIVIST, KU-KLUXING, DEPLORABLES, ETC. This concern is probably legitimate. Those willing and eager to wear the uniform and place themselves in harm’s way in order to defend what in living memory was a free country are probably more inclined to support RACIST, NATIVIST, KU-KLUXING, DEPLORABLE conservative candidates and so must be canceled. My sources at 1600 inform me that plans are well advanced to take national security out of the hands of unreliable soldiers, sailors, airmen, and Marines and turn it over to organic gardeners, yoga instructors, and aroma therapists. People sure to be loyal to the cause. In future no one will be allowed past security without first showing one’s PBS tote bag and at least one credit card receipt from Whole Earth Foods.

We’re clearly moving rapidly toward the broad sunlit uplands that Winnie promised us all those decades ago but will only now be realized by Sleepy Joe and the Obama retreads.