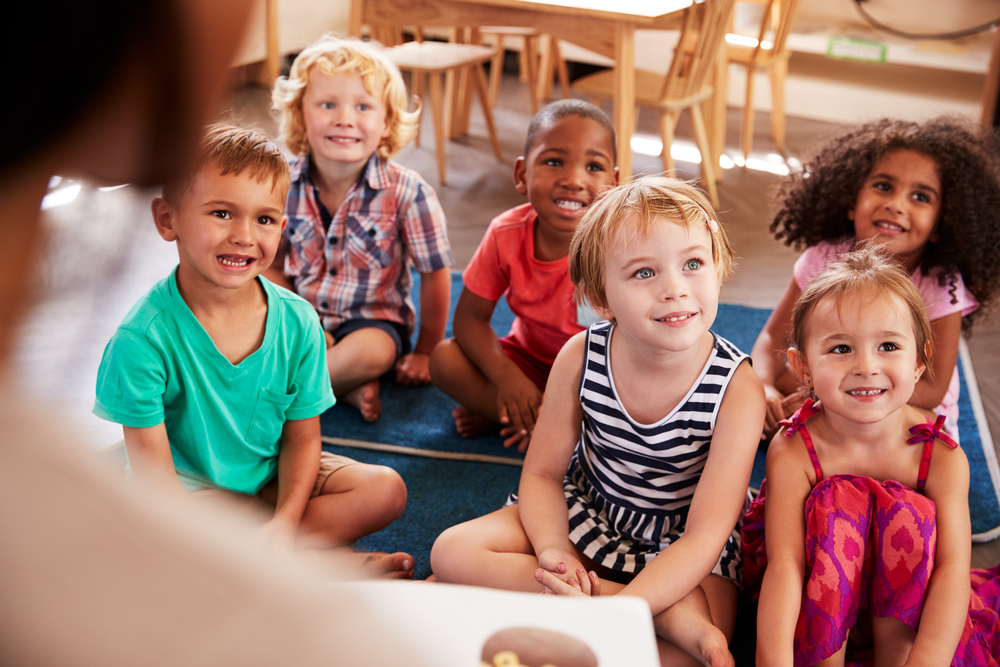 Free, free, free, free — does this sound familiar? If so, you’ve seen the recent TurboTax commercials. Or perhaps you associate those words with President Joe Biden’s go-to political tactic.

Who doesn’t like free? It’s hard to argue against free when you’re on the receiving end. Obviously, however, no government-provided service is actually free since American citizens foot the bill by paying taxes.

One of President Biden’s latest proposals is universal preschool. Instead of allowing states the autonomy to craft preschool programs for low-income children at their discretion, Biden is advancing an agenda of free preschool for all as a federal mandate. Falling within his $1.8 trillion American Families Plan, the president is pushing a policy of government-provided preschool and prekindergarten for all 3- and 4-year-old children.

The federal government preschool push will cost $200 billion — a fifth of the current, exorbitant K-12 budget (covering 13 grades) to fund preschool alone, and 20 times the Head Start budget. The $200 billion is a 25 percent increase from the current $800 billion K-12 spending. States will be responsible for funding a percentage of the cost — 10 percent initially, but over time up to 50 percent for a federal program they may or may not want.

The White House estimates that $10,000 will be spent (between federal and state funding) per child per year under Biden’s plan — pumped into a K-12 public education system that fails to educate roughly 70 percent of students adequately. So instead of addressing deficiencies in the obsolete and ineffective educational system, the alleged fix is to pour still more money into the system for another two years.

Unfortunately, that’s only one bookend of Biden’s education expansion plan. He also seeks to provide free community college to all. Adding it up, the cost of his plan is staggering. With a $10,000 per-child per-year government spending surge starting at age three — regardless of parental need — and K-12 spending per grade averaging $15,000 (include the COVID-19 funding and the number jumps to nearly $19,000), the price tag is $215,000 per student. Throw in the proposed two years of free community college averaging between $5,000 to $8,725 per year and the total nears an astonishing $225,000 to $232,450 — per person!

Of course, we’re promised that this universal preschool investment will yield high returns. Biden’s team is confident educational outcomes will improve. Washington State Democrat Sen. Patty Murray champions universal preschool as the avenue for the U.S. to be competitive in the global marketplace. But the White House and Murray, among others, are turning a blind eye to the elephant in the room — the failing existing K-12 system — while they once again host an education spending spree.

The truth is the Biden plan throws good money after bad. The Nation’s Report Card documents the dire state of our existing K-12 system. Only 28.7 percent of U.S. fourth-grade public school students reach the bare proficiency levels averaged across seven subjects (civics, geography, mathematics, reading, science, U.S. history, and writing) on the National Assessment of Educational Progress tests. The results spiral downward from there, with only 26.4 percent of eighth-grade students and a mere 22.8 percent of 12th-grade students reaching basic proficiencies.

Not surprisingly, many who graduate high school and proceed to college require remedial courses to attain the foundational level required to start college: 33 percent of four-year public college students and 60 percent of community college students need up to 30 hours of remediation courses.

Not only is the existing K-12 system broken but the $10 billion-plus Head Start program also hasn’t proven to be effective as an education program. Unfortunately, it functions more as a child-care program.

Universal preschool is not a wise use of funds. It doesn’t make sense to subsidize middle- and upper-class families who can pay for preschool and have existing programs that work well. And according to former U.S. Assistant Secretary of Education Chester Finn, adding two years of public school isn’t what low-income families even need. Instead, they would benefit from an intensive intervention starting at birth to encourage parents, often single moms, to read to their children and teach them a host of other basic skills to prepare their children for kindergarten.

Why not target preschool assistance to those with special financial needs, providing vouchers ranging from partial to full cost coverage, which could cover existing programs, while also incentivizing new schools to enter the market? The cost would be a fraction of the Biden $200 billion plan, and a wealth of data indicates market competition would improve educational outcomes.

As a nation, we can’t afford more of the same. Let’s fix our government-funded and government-run K-12 educational system before we talk about expanding it.