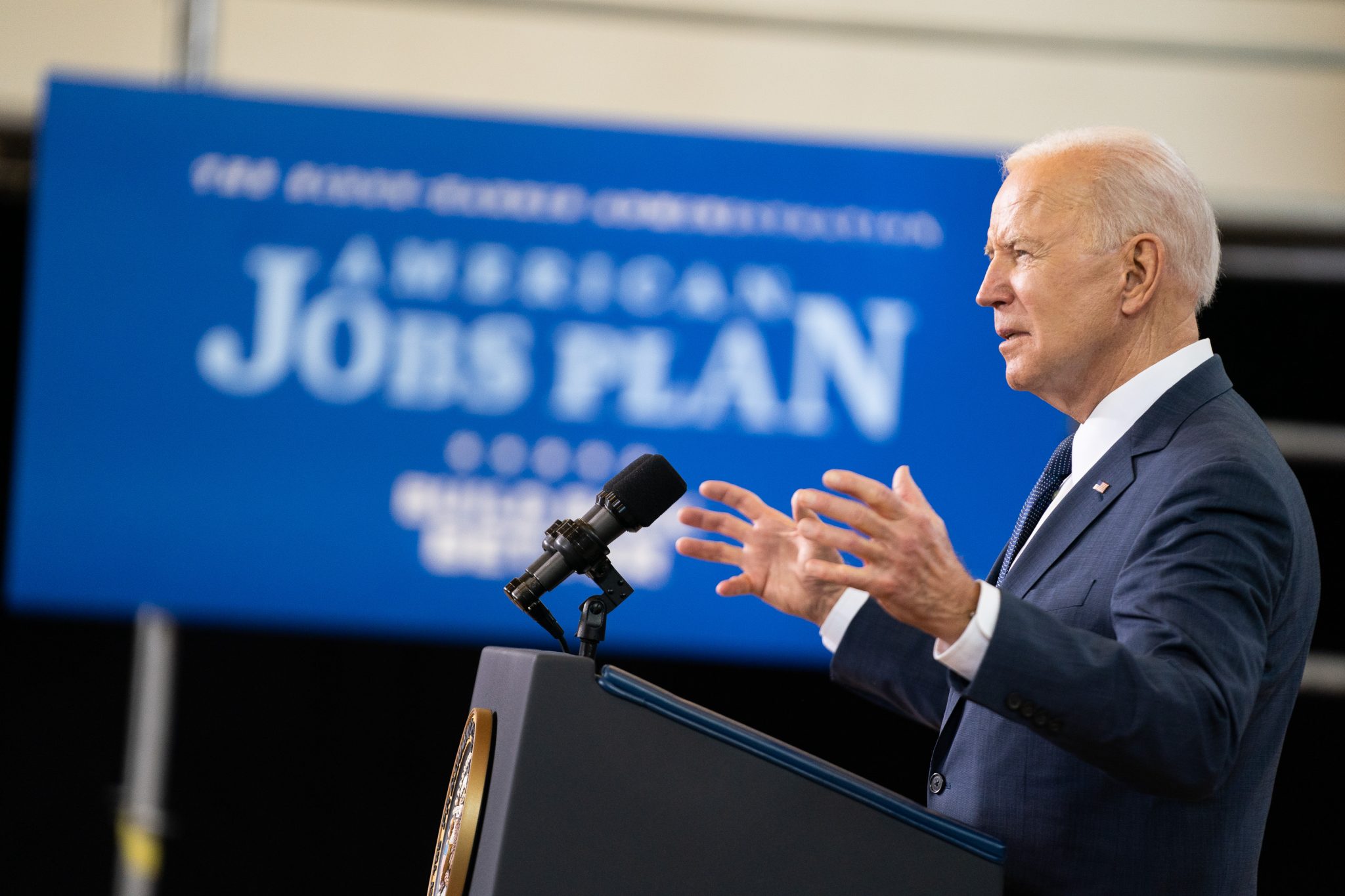 I watch as the Biden administration enters its fourth month, and nothing surprises me.

I do not do well as a whiner nor listening to others whine. I cannot stand whiners and whining. Maybe that is why I am a conservative. Liberals and their more extreme brothers, sisters, and non-binary whatevers whine all the time, even when they win a skirmish. So I am not here to whine but to observe.

The southern border is a mess. I observe dispassionately that it was not this way when Trump was president. It is this way now. Illegal immigrants have flooded our way, and they predictably leave their children abandoned because that is the best way to get the kids across the goal line for a life in America. Once the children arrive, Biden wraps them in aluminum foil — literally. Call it Millennium Wrap — the aluminum foil with which Biden and Democrats wrap these kids. They end up in the cages Obama and Biden built for them a decade ago. If Trump were president, the left-media cartel would be whining. CNN’s legal expert would stop focusing on organs below his Zoom screen and would be whining. That so-called media analyst of CNN would be whining. Instead, they ignore the Kids in Aluminum.

Much of politics is disgusting. As a rabbi devoted to Torah values and principles, I hate the dishonesty of politics. When your guy is in office, you make excuses for the bad stuff and take credit for the good stuff. When the other guy is in office, you do the opposite. The truth is that Trump never was perfect. (Don’t tell him.) But, despite his awful character flaws, he was one heckuva doggone great president, the best president in the past century. So now we have a Joker instead, the People’s Choice. Predictably, Biden and the Democrats suddenly take the credit for the Moderna, Pfizer, and other vaccines that appeared on Trump’s watch in record time. Kamala Harris was not going to get inoculated, she said, by the vaccines. Then Biden got in, so she got her two shots.

Yet the same Biden and Obama could not do it during the prior pandemic that hit when they were in office.

Rockets now are falling in Jerusalem. Hamas is launching them from Gaza. Remember, you heard it from here first: One of these days, one of those Muslim Arab rockets from Gaza or South Lebanon is going to land square on the Dome of the Rock and will blow up the Al-Aqsa mosque. The Islamists will hasten the Messiah’s coming as they clear the way for the rebuilding of the Holy Temple in Jerusalem on the Har HaBayit, the Temple Mount. But in the meanwhile, it is on Biden’s watch that Islamist terror is back in vogue. During Trump’s years, the Abraham Accords were the news out of Zion. Now rockets towards Jerusalem, the Holy City. The Islamists know that America’s president is weak, as weak as Silly Putty, only more silly. This all could have been predicted. Indeed, it was.

When you pay people so much to stay home, they stay home even when the economy is reopened. It is the Democrats’ trick to economic growth: pay people to stay home, raise taxes to amass the cash to pay them, watch corporations and the Rich move their money overseas, print more money when the taxes surprisingly do not aggregate to the amounts predicted by the Keynesians, watch the value of the money drop as inflation caused by printing money cheapens the dollar. The Rich do not lose out; their money by then is outside the country and is wisely invested in non-cash vehicles. The Rich still get richer — and good for them! The victims still remain the poor who rely on government cash handouts and the elderly on fixed incomes. People on handouts obviously never will get richer than the people giving them the handouts. Fixed incomes get wiped out when fixed-dollar amounts have less value. That is how it works — always has, always will. Then they whine. “But Biden and Pelosi promised that they would squeeze the Rich and give their wealth to us!”

And no one gets zonked under Democrats worse than do the middle class. Caught in the vise, the middle class pays the taxes that the recipients collect and that the Rich legally evade. But the middle class also are the swing vote that decide the extra 5 percent of votes that determine who runs this joint. They wanted Biden and Pelosi? Good — they got Biden and Pelosi. What did they expect? It all returns to H. L. Mencken: “Democracy is the theory that the common people know what they want, and deserve to get it good and hard.”

Crime. One watches the rate of murders skyrocket in Chicago, Minnesota, New York, St. Louis. Television covers mourning, weeping families. Yet these victims mostly are the communities who elect the people who reduce policing, defund policing, and tie the hands of police who still are on the beat trying to enforce law. A cop legitimately shoots to death a vicious teen who is about to stab a Black girl in the chest — and the cop gets blamed? Another cop legitimately shoots to death a criminal who steals his Taser, flees the scene, and starts shooting the Taser at the cop — and the cop gets blamed? So the cops sit it out amid violence or quit, and the murders pile up. I know three businesses well: (i) the rabbi business, (ii) the law business, and (iii) the op-ed column-writing business. Similarly, street gangs and thugs know the street-gang-and-thug business. In that business, when cops are scared to enforce the law, when they won’t shoot because they are scared of losing their jobs, the thugs and gangs come out. When cops get defunded, what can anyone expect? Of course the murders will increase.

Who is victimized by the increase in murders? Brad Pitt? George Clooney? Madonna? I just checked — none of those three has been murdered lately. Howzabout Ilhan Omar, the anti-Jewish politician who likewise demands police defunding? Well, last I looked at the news, she was doing fine with the guy with whom she cavorted adulterously and who took in a bundle of cash from her campaign funds in return for services rendered. So she has not personally been victimized by police defunding, but many Minneapolis families now have been orphaned and widowed by spikes in murders. I observe and am not complaining. What do fools expect will unfold when they defund the police and elect a Biden and a Democrat Congress to replace a conservative populist agenda? Enjoy your blue states, but spare us the whining.

And so it goes. No surprises. It is what was expected. Biden has not disappointed. He won’t answer journalists’ questions, and they don’t care. Trump always was accessible to the media — too accessible. He even gave long-winded interviews to people you just knew were out to destroy him: George Stephanopoulos, Bob Woodward. Biden won’t even hold press conferences. When they dust him off, peel off the mummy wrap, and drag him out for one conference in four months, he reads answers from a booklet and pre-picks his questioners. Yet the left-media cartel have no complaint.

Reporter: “Mr. President, when will we be permitted to go to the southern border and to photograph what is going on there?”

Biden: “When I am ready to let you. That’s when.”
Reporter: “Thank you so very much, sir.”

It all is and was so predictable. No one has any business whining now about any of this. You elect a Democrat president, give him a Democrat House and a Democrat Senate, and this is what you get.

So I finally decided to cut my cable. I realized that I was paying the cable provider $160 a month — that’s $2,000 a year — primarily for Fox News so that I could watch Hannity, Laura, and Tucker whine. I certainly was not paying $2,000 a year to hear insights from Donna Brazile, Leslie Marshall, Juan Williams, and that annoyingly high-pitched Tarlov. On the rare occasion that Laura has an angle or Tucker a rant that I might want to hear, I now just grab it off YouTube. And I am so tired of Sean — love him as a “great American” and as just a darned good human being, but tired of his whining and his guests’ promises: “Sean, in two weeks President Trump will declassify those documents, and then you will see heads roll.” “Sean, the indictments are coming.”

I am not Lucy of Charlie Brown fame. Enough with the football. So, instead, I now devote that same time to more Torah study. Never can get enough of that. My Hebrew is better. Also my Aramaic. My Torah knowledge is better. And it is a pleasure not to hear the whining.

Dov Fischer
Follow Their Stories:
View More
Rabbi Dov Fischer, Esq., a high-stakes litigation attorney of more than twenty-five years and an adjunct professor of law of more than fifteen years, is rabbi of Young Israel of Orange County, California. His legal career has included serving as Chief Articles Editor of UCLA Law Review, clerking for the Hon. Danny J. Boggs in the United States Court of Appeals for the Sixth Circuit, and then litigating at three of America’s most prominent law firms: JonesDay, Akin Gump, and Baker & Hostetler. In his rabbinical career, Rabbi Fischer has served several terms on the Executive Committee of the Rabbinical Council of America, is Senior Rabbinic Fellow at the Coalition for Jewish Values, has been Vice President of Zionist Organization of America, and has served on regional boards of the American Jewish Committee, B’nai Brith Hillel, and several others. His writings on contemporary political issues have appeared over the years in the Wall Street Journal, the Los Angeles Times, the Jerusalem Post, National Review, American Greatness, The Weekly Standard, and in Jewish media in American and in Israel. A winner of an American Jurisprudence Award in Professional Legal Ethics, Rabbi Fischer also is the author of two books, including General Sharon’s War Against Time Magazine, which covered the Israeli General’s 1980s landmark libel suit.
Most Popular
1
Dismal Science
The Biden Administration: Sophistry in Motion
by Frank Schell