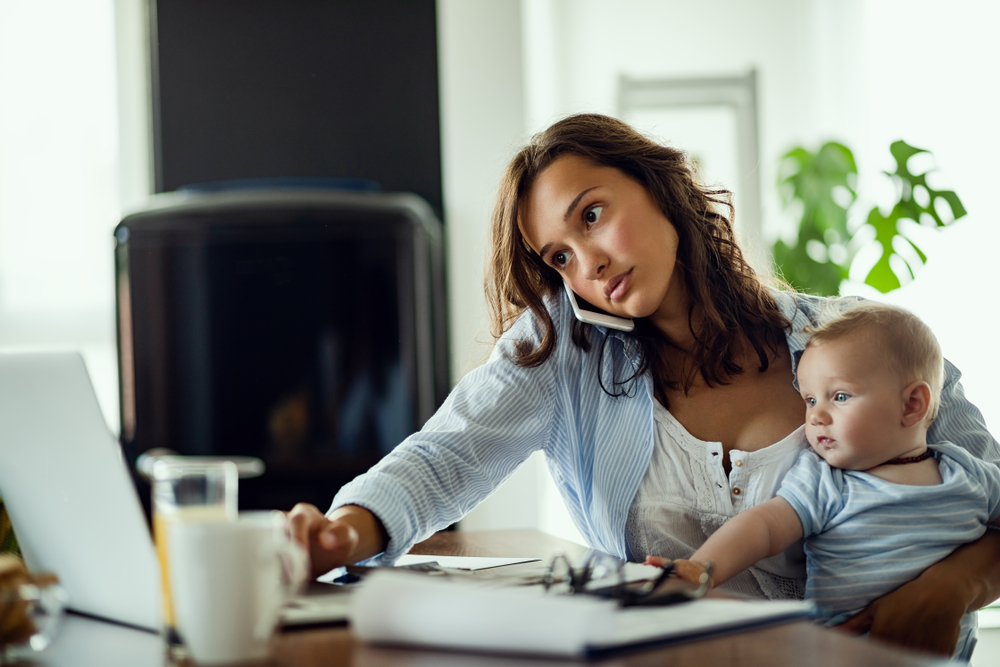 If you’re a politician peddling big new government programs for which there is little need but hefty price tags, you need a clever marketing strategy. At the least, your sales pitch could use a decent soundbite. Such marketing is what the Biden administration with its friends in Congress and the media are doing when insisting that the drop in women’s labor force participation during the pandemic requires implementing a policy of federal paid family leave.

First, temporary problems should never be addressed with permanent government expansions. Women have dramatically fallen out of the labor force, and unemployment rates have skyrocketed because of a once-in-a-century pandemic followed by state and local governments locking down the economy. The reality, fortunately, is that this virus will soon be in the rearview mirror, and the economy is now quickly reopening. Once labor unions agree to let K-12 public schools reopen five days a week in the fall, all should be back to normal. As such, there’s no reason to use a temporary hardship to saddle taxpayers with a permanently bad deal.

I understand why this advice is rarely followed. After all, “never letting a crisis go to waste” is a good strategy for those in power to exploit the distress of the American people to create programs that can’t be pushed through during normal times.

Second, the call to implement new programs to address the fact that women are still hurting from the pandemic is based on incorrect assumptions and a passive media.

Apparently, no fact-checking is necessary anymore before burdening taxpayers with billions in new spending.

I should be used to such opportunistic policymaking since the favorite pre-pandemic talking point by those who wanted to implement a federal paid-leave program was that the United States doesn’t offer paid leave for workers. But this claim is bunk. While the United States government doesn’t have a federal paid leave program, government surveys show that some 65 percent of American workers nevertheless have access to some form of paid leave. In fact, the absence of a federal program means we are also a country with a vast and expanding network of companies that provide benefits like paid leave programs that are flexible, accommodating, and often more generous than the plan some liberals and conservatives have in mind.

The irony is that this pandemic has forced employers and employees to try new workplace arrangements and use technology in ways that could lead to a major shakeup in the flexibility afforded to parents who must both work and take care of children. Implementing one-size-fits-all government policies now could stop this transformation as employers might feel better able to require employees to work on-site.

In fact, rather than return to the pre-COVID and limited work arrangements, the administration and state governments should promote more flexibility in the workplace by removing the regulatory barriers that make raising a family harder. Two such changes would be to eliminate occupational licensing for child-care workers and to let employees be paid in the form of additional leave time for their overtime work.

There are many more nongovernmental ideas for helping workers, and even more to be discovered. Let’s pursue them, rather than ram through a federal paid-leave program.