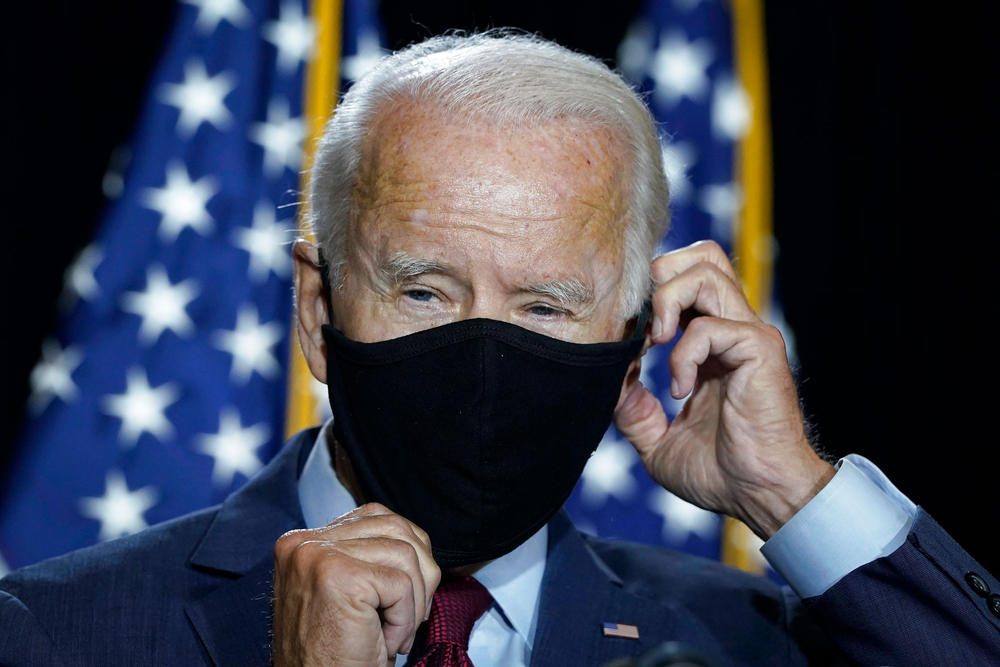 There are times, and they seem to be increasing in frequency, when Joe Biden’s deteriorating mental state overcomes his poor character and he commits the classic political gaffe.

Which is, for those of us cognizant of the old saw, when a politician accidentally tells the truth.

Biden’s gaffes have quite often involved what appear to be true representations of his views on race relations, and the one most likely to be remembered was his boasting of the efficacy of his voter fraud program in advance of the 2020 election. But last week he let loose something affecting the rest of us much more tangibly.

Biden confessed that, at the end of the day, nothing government does will matter where COVID-19 is concerned.

“There’s nothing we can do to change the trajectory of the pandemic in the next several months,” he admitted.

Biden then proceeded to stoke panic in the markets and among Americans by declaring that COVID deaths will “well exceed 600,000” in the next couple of months, prompting reporters to query as to his source for that. The closest such estimate would be from the brutally inaccurate prognosticators at the Institute for Health Metrics and Evaluation (IHME), a Bill Gates–funded monstrosity that even the leftists at the Nation complain has distorted public health data; IHME now says there will be 569,000 deaths by May 1 if the country isn’t locked back down.

You’ve probably forgotten all about IHME. It’s been months since anybody paid any attention to their back-of-a-napkin numbers. Now Joe Biden is — we guess — resuscitating them and then exaggerating their projections.

Biden also, earlier this week, informed America that he had some 100 billion doses of vaccine to distribute to the American people. Which was awfully good news, even if it was a 1000-fold exaggeration of the vaccine doses left to him by President Trump’s Operation Warp Speed. Biden renamed that program and then proudly put out his own vaccine plan, which differed not at all in substance from Trump’s.

What’s more, Biden retained Trump’s public health bureaucrats, who stand to this day as the chief reason Trump was not reelected in November. Anthony Fauci, the highest-paid individual in the entire federal government despite a long record of abject failure as a public health official, has actually managed a promotion under Biden.

Fauci is now demanding that Americans wear not just one mask when in public but two or even three. This after scientific study and mass personal observation had demonstrated pretty clearly that masks don’t effectively prevent the spread of COVID-19.

If they did, it wouldn’t be necessary for Fauci to tell people to wear more than one.

It’s safe to say most of you reading this are old enough to remember when the American news media would react to such cheap and shoddy fare with something more demonstrative than “Nay, I like it not.” When Trump attempted to promote calm in the face of the virus’ arrival on our shores he was accused of murder by alleged journalist and political war profiteer Bob Woodward. When he suggested the possibility that hydroxychloroquine might be an effective treatment for COVID-19, a suggestion which it turns out was quite accurate, he was hooted down and accused of killing an Arizona man by “inciting” him to drink fish-tank cleaner — when what was closer to the truth was the poor victim was poisoned by his wife.

When Trump theorized about disinfecting the lungs of COVID patients using UV light, something that had been investigated and patented by medical scientists in Los Angeles and that was related to the commonly understood idea that large amounts of Vitamin D, generated when one is out in the sun and exposed to its UV light, help to fight off the virus, he was accused of “inciting” people to drink bleach.

The same media sharks conducting a feeding frenzy on Trump’s every move where COVID was concerned — and I’ve opined in The American Spectator before that Trump’s management of COVID was not up to his usual standard (it would have been had he sacked the entire public health leadership and replaced them with practicing doctors more interested in actually treating and curing COVID than wasting time, effort, and money trying to stop the spread of a coronavirus that was already beyond hope of containment) — took Biden’s statements in a strangely different light.

The sharks have, surprisingly, become guppies.

Biden isn’t out of his depth, and he hasn’t surrendered to the virus, as Trump was accused of doing.

Biden’s “underpromising” roiled markets this week, because of course it did. The big story is what the populist army of small investors on Reddit managed to do to some completely deserving hedge fund vultures, but having a president throw his hands up and admit COVID is out of control while also demanding more virus lockdowns has not helped stock prices.

Or the fortunes of Main Street.

If there is nothing government can do to save those 200,000 lives, Joe, then how about we go back to normal? Wouldn’t your COVID lockdowns and your multiple-mask mandates be a waste of our time, effort, livelihood, and inconvenience?

Or don’t you care about that?

Biden instituted a mask mandate on federal property, which he has repeatedly violated. Maybe he didn’t have two masks, so per Fauci there was little point in wearing only one.

It’s hard to know for sure with Biden. Or with Susan Rice, who is apparently our real president.

Here’s the bottom line. COVID, and the media hysteria and strange censorship it spun throughout the country, proved a nut too tough for Trump to crack. And Trump was, generally speaking, an effective executive where policy matters were concerned. With Biden, there is little hope of coherence, competence, or success in dealing with the virus. It will do what it will do, regardless of government action. The only real hope of tamping it down comes from the distribution of the vaccines, something Biden will vigorously claim credit for but which was Trump’s accomplishment in full.

But now there is at least a little glimmer of hope that honesty might trickle from Biden’s lips on occasion where COVID is concerned. After all, the old man isn’t quite the practiced liar he used to be.