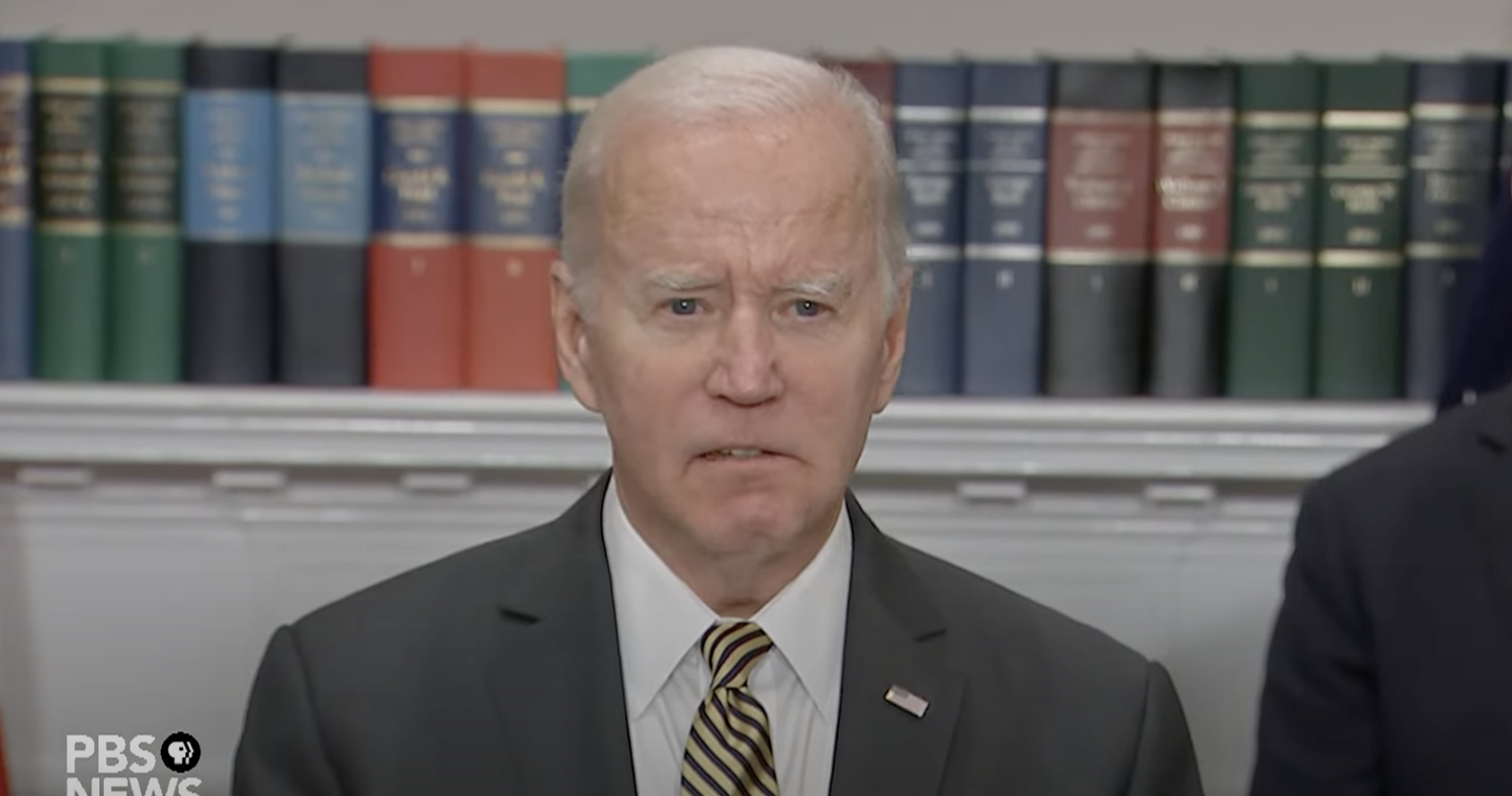 “How do you know a politician is lying? His or her lips are moving.” So goes an old joke. Some cynicism about politicians is justified, particularly when they make campaign promises about what they are going to do in the future. Reality often intervenes.

But President Joe Biden just set a new standard for political lying with his assertion that his releases of millions of barrels of oil from the Strategic Petroleum Reserve to try to hold down gasoline prices on the eve of the midterm elections are “not politically motivated at all.”

Let’s see now: The average cost of the oil in the reserve was $29.70 per barrel, and Biden just announced that he intends to replace the millions of barrels of oil that he has released with oil costing $67 to $72 per barrel.

Hmm. That’s a difference of $37 to $42 per barrel, times 180 million gallons. Each barrel contains 42 gallons, so 180,000,000/42 x $40 = $171,428,571. We, the American taxpayers, are paying over $170 million to lower the price at the pump now, by happenstance just before an election, in order to have that same demand for oil impact the market price after the election. This is what is called demand shifting. It doesn’t really “lower” the price of gasoline; it only looks like it does. It temporarily makes the price lower before the election but causes even larger increases in price after the election, when the price of replacement oil is twice as high. Hard to imagine any reason for that other than politics.

Some Republicans keep insisting that “the American people are smart” and will see through Biden’s gyrations to use your money to try to buy elections. Maybe. But Biden is a master magician, or else he, as a person of limited intelligence and even more limited wisdom, would not have risen to the highest public office in the land. (READ MORE from E. Donald Elliott: How to Stop Biden From Spending Your Money)

I was briefly an amateur magician when I was in high school. Magicians use a technique called misdirection. They flash a bright, shiny object; or a brightly colored handkerchief; or a cute, wiggling bunny rabbit; and, while your eyes instinctively follow it, they perform their sleight of hand.

That’s what Biden does over and over. So far, he is getting away with it. He promises that he won’t raise taxes on anyone with an income less than $400,000 — but he will spend money like a drunken sailor (no offense to drunken sailors intended) so that inflation creates a hidden tax on everyone that hits the middle class the hardest. Misdirection.

Or he says that the economy is “strong as hell.” He might as well have said, “Believe me, not your lying eyes.” Or, in this case, your own experience at the grocery store and the gas station.

Or take House Speaker Nancy Pelosi’s claim that reducing unemployment is causing runaway inflation. More misdirection. Yes, reducing unemployment and putting more money in some people’s pockets will increase demand, but that is only a very tiny factor compared to the trillions of dollars that the government has printed and spent under Biden and the Democrat control of both houses of Congress. Milton Friedman said it best: “There is one and only one basic cause of inflation: too high a rate of growth in the quantity of money — too much money chasing the available supply of goods and services.”

Macroeconomics is inherently hard for most people to understand. As Frédéric Bastiat, the early 19th-century French sage who founded the discipline, explained, macroeconomics involves what is seen producing what is unseen. As Bastiat wrote long ago:

Between a good and a bad economist this constitutes the whole difference — the one takes account of the visible effect; the other takes account both of the effects which are seen, and also of those which it is necessary to foresee. Now this difference is enormous, for it almost always happens that when the immediate consequence is favourable, the ultimate consequences are fatal, and the converse. Hence it follows that the bad economist pursues a small present good, which will be followed by a great evil to come, while the true economist pursues a great good to come … at the risk of a small present evil.

Henry Hazlitt, an expositor of economics who wrote for popular publications such as Reader’s Digest in the 1950s and 1960s, put the point this way:

Republicans should stop assuming that people are smart enough to see through all of these Democrat lies about the economy for themselves and instead start exposing Biden’s and Pelosi’s shell games. It is too much to imagine, I suppose, that neo-Marxist academics and media pundits would explain basic economics to the public. About the only nominal economist writing for a popular publication today is Paul Krugman of the New York Times, and he is so deep in the tank for Democrats that it is a wonder that he ever comes up for air. Today we badly need an economist like Hazlitt who can explain basic economics to the public.