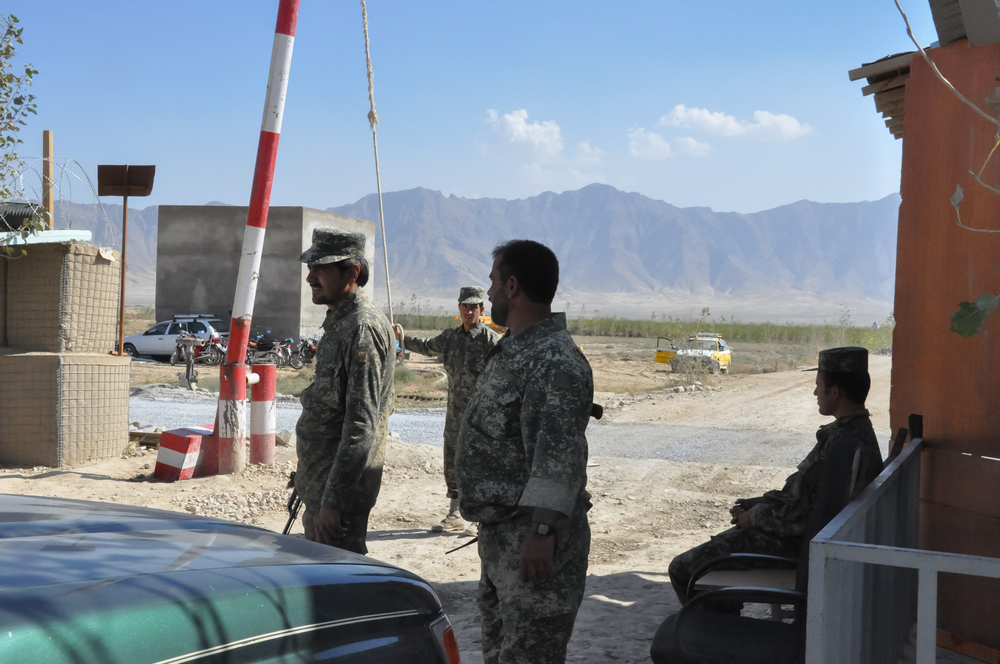 Earlier this week, as covered in a previous column in the American Spectator, the Democrat National Committee bragged about the “achievement” of this alleged president in his “best-run evacuation” of Kabul. Chief among the DNC’s arguments for such ludicrous praise was the lack of American casualties.

The press flacks at the DNC, every one of whom would be fired if that organization had the slightest honor (its chairman, the failed U.S. Senate candidate Jaime Harrison, should similarly resign in disgrace before the weekend), were merely parroting statements the alleged president made about the absence of dead Americans at the time.

Every single credible person with either operational military experience or a knowledge of Afghanistan was warning that casualties were already inevitable by that point. Even the alleged president, in a fit of congratulatory onanism, qualified the alleged safety of the “best-run evacuation” with the proverbial knock on wood.

It was clear to anyone willing to see that an American president “knocking on wood” in hopes of avoiding an ironic national security cataclysm is only inviting such a disaster to our door. So on Thursday, when multiple suicide bombers attacked the Kabul airport and the Baron Hotel just outside its gates, killing an untold number of people (at last count before this column was turned in, the butcher’s bill was more than 90 dead, including 13 American military men: 12 Marines and one Navy Corpsman), absolutely no one should have been surprised.

In fact, an alert went out to any American left in Afghanistan shortly before the explosion that they should stay away from the Kabul airport because of a “security threat.”

Of course there was a security threat, and of course there would be a terrorist attack on the airport. By the very nature of waiting outside the airport for a chance to get on a plane and leave an Afghanistan governed by the Taliban, everyone there signaled themselves an enemy of fundamentalist Islam as practiced by the 7th century brutes now in control of that country. Of course they were terror targets.

That includes any American and other Westerners. And of course Afghans, especially after the Biden administration gave a list of green card and Special Immigrant Visa holders to the Taliban guarding the checkpoints around the airport. Boy, giving the Taliban a certified kill-list was a stroke of genius, wasn’t it? Aren’t you glad the Swamp is back in charge of the Swamp?

Your tax dollars pay people to come up with scenarios much less likely than this one and plan around the necessity of preventing them. The American military teaches classes to its officers on force protection and exfiltration. There is a book on how to do things like getting our people out of Afghanistan safely.

Not a page of that book has been followed by the troglodytes and nincompoops in charge of the current debacle. More to the point, they’ve chewed the cover off the book and urinated on it. Then chewed it again.

The same clowns who congratulated themselves on a “best-run evacuation” earlier this week have nothing to say now. Other than perhaps “#dealwithit,” the disgusting and disqualifying hashtag offered in a tweet by MSNBC contributor, “intelligence expert” and all-around oxygen thief Malcom Nance, in reaction to the trio of bomb blasts in Kabul. Nance was last seen arguing with Ben Shapiro on the Bill Maher show two weeks ago that January 6 was an attempted revolution, something the FBI inconveniently debunked days later.

The most obvious, painful takeaway of all of this was that Bagram Air Base, a massive and secure facility 40 miles outside of Kabul, would not have been so vulnerable to such attacks and should have been the site of an air evacuation. That’s what the military’s book would have said. Helicopter flights could have shuttled people from all over Afghanistan into Bagram and then, by plane, they could have been flown out to safety.

But Bagram was abandoned in the middle of the night in early July, and 5,000 jihadist terrorists held in a prison on the property were then let go. Included in those 5,000 were Al Qaeda and ISIS terrorists; it would be a surprise if the suicide bombers who snuffed out so many lives on Thursday didn’t come from that population of bloodthirsty villains.

Abandoning Bagram was an act so evil in its incompetence that one is left wondering if it’s incompetence at all rather than something else.

What does this leave us with, other than the certainty that any Americans still in Afghanistan will be abandoned there by our government with the mendacious allegation by Biden lickspittle Jen Psaki that they’re still there because they want to be (something her fellow harpy Jen Rubin of the Washington Post is similarly bleating)?

It leaves us with the end of the United States as a superpower. It leaves us with the impossibility of reconstructing our national credibility. It leaves the entire world laughing cruelly at the craven incompetence and dishonor of our leaders, as they scramble to line up behind the Chinese and Russians. It leaves the certainty that Islamic terror groups will reap a recruiting bonanza for having so completely humiliated America.

We now face a choice between becoming a pariah on the world stage or surrendering our sovereignty to the “international community” and taking our place with Belgium, Canada and Paraguay as just one more country bound to bow down to UN bureaucrats and the dictats of the globalist elite. With those three bombs going off in Kabul, it isn’t just the lives extinguished – it’s our leadership on the world stage.

It will take decades to rebuild America’s credibility and world leadership now, and we no longer have the resources to do it. We were already in danger of losing the dollar as the world’s reserve currency. There are already rumblings about that.

Certainly, the people currently in charge of the U.S. aren’t capable of running a world superpower. They aren’t even capable of running Newark, Jackson or New Orleans, much less Los Angeles, Chicago or New York. But that’s not what’s most notable about them.

What’s most notable about them is that they hate America. They can’t deny that. According to them this country is based in slavery, misogyny, homophobia and racism. They believe that our wealth was stolen from blacks and aboriginal inhabitants of this continent. That our founding documents are flawed and meaningless. And that our own people are the greatest threat to our homeland.

What would such people do if put in charge of the country they hate? Would they not act to destroy such a country’s ability to play a leadership role on the world stage? And how might they do such a thing?

Can you think of any more effective way to make America irrelevant than what is happening right now?

Don’t call it incompetence. It’s well beyond that. This is something else. Something much worse. It’s time to connect the dots and ask very unpleasant, rude questions and demand answers.