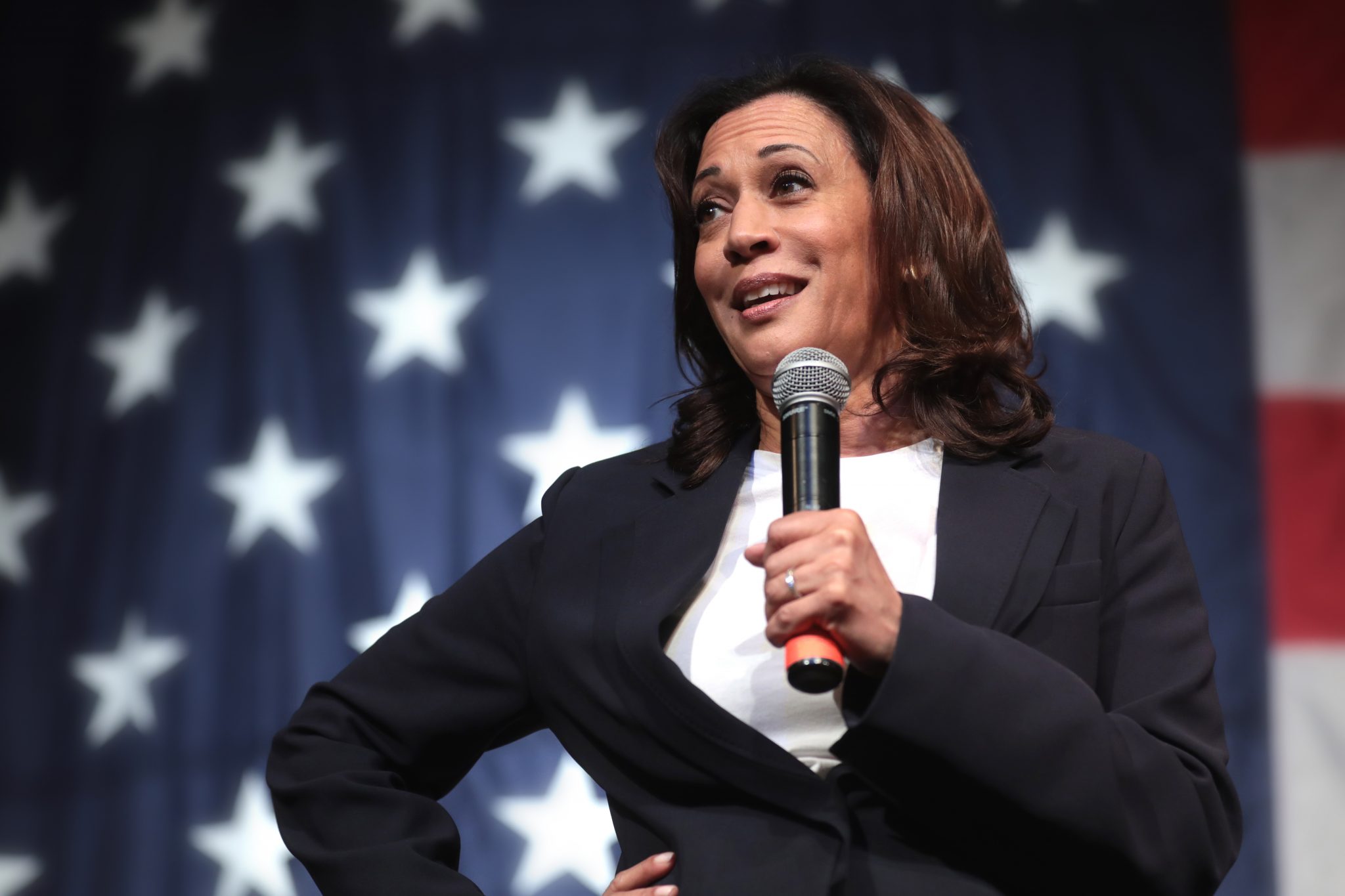 Joe Biden’s March announcement that his running mate would be a woman was insufficient to fulfill liberal fantasies of the ideal ticket. It mattered not that Elizabeth Warren’s credentials were as impeccable as any in a party animated by its left-most wing. Nor would Amy Klobuchar, darling of the Kavanaugh hearings, do. Both women had a visible disqualifying defect amid today’s Democratic concept of inclusion. For that matter, when Biden first announced his commitment to a female vice president, no one asked, “But why? What’s wrong with Bernie?” It would have been a perfectly reasonable question given that for a good part of primary season Bernie Sanders seemed poised to edge out Biden himself for the nomination. Or how about Pete Buttigieg, the voice of a new Democratic generation and the chic early pick after winning the Iowa caucuses? If diversity is key, might he not have been a good addition to the slate? Nope. More visible defects. So when Biden in July yielded to party pressure, publicly declaring that he had narrowed his choice to four women of color, the punditry class swooned.

The eventual Biden–Harris ticket was introduced as a cause for celebration and framed as a halcyon moment by the mainstream media and others who purport to speak for the conscience of a nation. They were grievously wrong. In truth, it was arguably the highest-profile case to date of exclusion packaged as inclusion, and prejudice marketed as progress.

The ascent of Kamala Harris was in no way analogous to Barack Obama’s organic victory in 2008, when America en masse decided it was ready to be governed by a black man. In this case, rather, one of the nation’s most storied institutions, the Democratic Party, invoked bigotry as a political platform. The word “institution” is important here, for regardless of motives, codifying policy that formally disadvantages one targeted race or gender is the textbook definition of institutional racism and discrimination. Yes, bigoted acts are committed against women and people of color daily. But they do not occur with the imprimatur of a governing body or political party, and once they’re discovered, penalties these days tend to be swift, severe, and all-encompassing: prosecutions, lawsuits filed by such agencies as the Equal Employment Opportunity Commission, academic banishment, media crucifixion. Indeed, the media uncritically report any departure from Wokeness as a patent act of racism.

The Biden–Harris ticket was arguably the highest-profile case to date of exclusion packaged as inclusion, and prejudice marketed as progress.

Here, in contrast, was a pretender to the U.S. presidency triumphantly advertising an a priori agenda that is best understood in terms of its converse: “No whites or men need apply.” (This in a country that remains about half male and 60 to 70 percent white, depending on one’s interpretation of census data.)

Such thinking now looms as the template for the Biden presidency and, perhaps, the governance of a nation. Implicit in Biden’s phrase that his team “looks like America” is the notion that key decisions will be made based on superficial characteristics. Pending confirmation, the president-elect’s economic team will consist of Cecilia Rouse, the first black woman to chair the Council of Economic Advisers in its 74-year history; Neera Tanden, the first woman and South Asian to head of Office of Management and Budget; and Adewale “Wally” Adeyemo, the first black man to serve as deputy secretary of Treasury.

Gen. Lloyd Austin, nominee for Secretary of Defense, would become the first black man to helm the Pentagon, and Rep. Marcia Fudge the first black woman to serve as HUD secretary. These moves comes after kingmaker Jim Clyburn, the Congressional Black Caucus, and other activists complained about the inadequacy of Biden’s payback to black America. Further, Xavier Becerra was tabbed to lead Health and Human Services, a capitulatory down payment to Hispanic factions who demanded that Biden name “at least five” Hispanics to meaningful White House posts. The president-elect plans to have Barack Obama’s surgeon general, Indian-American Dr. Vivek Murthy, reprise his role in the Biden administration.

The Biden–Harris team also crowed about their incoming communications department, where diversity will consist of a trio of women. Biden said of the distaff staffing, “I am proud to announce today the first senior White House communications team comprised entirely of women.” Clearly, with the communications realm dominated by women to the tune of well over 60 percent to begin with, the Biden camp felt it necessary to do something truly dramatic to get noticed. The choice of Tanden is similarly significant. Even though she has run afoul of the party’s progressive wing, and admits to having once gotten violent with someone who questioned her, Tanden fits the progressive color palate. And still the squeaky wheels on the left side of the Democratic juggernaut press for more.

In macro terms, such identity-based advocacy can have a certain spurious Kumbaya ring, as long as one doesn’t think too hard about the unfortunate and, I would argue, unconstitutional policy implications. For talking in generalities about past injustices to women and people of color is not the same as victimizing specific blameless individuals in recompense today. What happened in 1619 or 1965 or even yesterday is irrelevant in making zero-sum hiring decisions, unless the person being penalized is the same person who transgressed in 1619 or 1965 or yesterday. How can one tolerate, let alone celebrate, taking recourse against Americans for whom no evidence of culpability exists? Bernie Sanders, love him or hate him, has given his life to public service. Why should he be summarily sidelined in the twilight of his career because of his race? Nor was Elizabeth Warren behind a Mississippi counter 50 years ago ordering black patrons out. The same applies to any number of veteran civil servants who look on as Gen. Austin and others are given preference due to race or gender. The decision to appoint members of historically underrepresented groups in redemption for past inequities necessarily disenfranchises innocents.

Unless, that is, one argues, as do the likes of Robin (“White Fragility”) DiAngelo and Ibram (“How to be an Antiracist”) Kendi, that all white Americans are culpable by virtue of their whiteness, thus any white martyr will do — as self-evident a violation of due process and equal protection statutes as likely exists.

The Biden diversity program says symbolically to the nation at large that people who have worked hard and done nothing wrong must nonetheless be prepared to do penance. And what obtains at 1600 Pennsylvania is sure to trickle down through the ranks of government. Biden has vowed to reverse President Trump’s ban on diversity and inclusion programs in government agencies. There will be the awarding of coveted jobs and promotions and contracts to people who earned them simply by “looking like America,” at least in Joe Biden’s eyes, and there will be the denial of same to people who are, simply, Americans.

There is no such thing as “nice bigotry” or “offsetting discrimination.” It is not inclusion when it entails the purposeful exclusion of entire categories of people. It is bigotry. True inclusion is not a quota system, a checking of politically correct boxes. It is the opportunity to be considered fairly.

If the playing field needs to be leveled, call out the grounds crew, fill in any divots to ensure that no competitor is unfairly tripped up, but do not enforce penalties (up to and including disqualification) against players whose sole infraction is that they wear the wrong jersey.

Steve Salerno is a widely published essayist, author, and educator. His 2005 book, SHAM, explored the self-help movement’s metastasis through America at large.